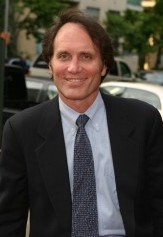 TV Guide Magazine has a new interview with the saddened executive of As the World Turns, Chris Goutman.  The head honcho ATWT spoke to if ATWT would find a new home, the sudden impact of the cancellation, and the reality of it all.  Here are some interesting and telling excerpts below!

Goutman on cable shows such as Dexter having lower numbers than ATWT and considered a hit: “It’s a world out of whack right now. We’re delivering 2.5 million at a time where there are so many more choices of programming. That’s still a lot of folks but not enough for a broadcast network. Daytime is a tough marketplace. Hopefully we’ll find a home elsewhere.”

On TeleNext trying to pull off a miracle and save ATWT since they were unable to do so with GL:
“You have to be realistic about it. To try to sell anything nowadays is a huge effort but I think the window of opportunity for ATWT is a lot larger than it was for GL. If there is any blessing to be found in this, it’s the timing of our cancellation. P&G has a wider range of opportunities simply because they have a jump start on selling this elsewhere. There are opportunities at the beginning of the calendar year that didn’t exist for GL because it got its cancellation notice in April. I don’t know a lot about it. That’s not my bailiwick. That’s up to others. All I can do right now is to try to do a good show and keep everyone focused and excited and proud of their work.”

On the loss of the show at this time, when such heritage cast members are still with it:
“That’s why it doesn’t feel like it’s time for this show to go. The identity remains. The families are still with us. When other shows have been cancelled they’ve sort of turned themselves inside out and become something different. They’ve tried to reinvent themselves or they have huge turnovers in cast. ATWT has been true to itself and that’s why it feels like, wait a second, this show is still vital! I know we’ve been [vaguely] threatened by cancellation but it didn’t feel like something that could happen at any second, which GL unfortunately had to live with for a number of years. What happened to us felt so sudden.”

On the lingering perception that P&G programming is for old folks:
“It is weird to me that there is that perception. Sometimes I think we’re the best kept secret. But what can you do? We’re going to continue to stay relevant. We have Liberty [Meredith Hagner] coming down with leukemia and we’re going to get into the whole stem-cell issue with her mom Janet [Julie Pinson], who is Catholic. We’ll be presenting many points of view on that. Meredith is leaving us but the role of Liberty will be recast. We’re also bringing on a new young man for Liberty, and we’ll be aging the character of Faith so that she’ll be a pivotal member of the Snyder household. We have great stuff for Luke [Van Hansis] and Noah [Jake Silbermann]. It is absolutely imperative that we regenerate our young group of characters if ATWT is going to have a life elsewhere. Going back to the days of [creator] Irna Phillips, it has been the signature of ATWT to tell youthful and relevant and timely stories. That’s not going to stop now.”

WGA announces nominees for Soap Scribes- OLTL and ATWT in!

Bianca's Coming Out named Top Storyline of the Decade!

THis is sad news i’ve always thought As The World Turns was a well written show unlike Guiding Light in which that show was poorly written and produced which ultimaltely led to it’s cancellation… I hope that ATWTs finds a new home but with all the talk shows it seems unlikely on any of the major three networks.