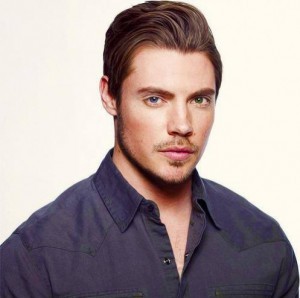 The sexy star of TNT’s Dallas Josh Henderson (John Ross Ewing) related an hour ago on his facebook page some Dallas programming schedule news for 2014 about how season 3 of Dallas will air!

Henderson posted the following:  “A little Dallas news: Season 3 will be premiering in late February on TNT and will be split into two parts. The first 8 episodes will air in the winter, while the remaining 7 will air in the summer. Who’s excited?”

Exposed offers celebrities the opportunity to showcase their off-screen personalities while modeling some of Naked’s key pieces. The content is aimed at creating meaningful ties between the company’s products and the celebrities’ fashion sensibilities. In addition to furthering the company’s sexy and sophisticated brand messaging, the new content will grow the brand conversation online, driving awareness of the company, the brand, and its products.

Naked President and CEO Joel Primus states, “We couldn’t be more excited to be profiling Josh for the first installment of our Exposed campaign. As a young, ambitious guy with tons of style and confidence, it’s difficult to imagine someone who better embodies our brand.”   As explained by Henderson, “Being naked is all about comfort. Some people would flip it and say, ‘Oh, to be naked is so embarrassing,’ but for me it’s just about being comfortable in your own skin, being natural and being yourself.”

Watch the video of Josh from Exposed below! Then, let us know what you think about the split season schedule for Dallas season three? Do you think it will help or hurt the ratings and interest for the show?  Share your thoughts!

BREAKING NEWS: It's A Wrap! Eileen Davidson Done At Days of our Lives!

Wednesday: Live Tweet Along With All My Children's Brooke Newton!

I dont mind the split season…Winter is dull and its hard to find fresh new interesting shows in the Summer…i look forward to it.

Only 8 in the winter!
Then none until summer! ((and then only 7 episodes ..

Me too, Not happy!

Not too crazy airing between winter and summer. Too long between season.

The split season is extremely smart. First reason – less competition. When Season 2 of Dallas aired this winter/spring, it faced way too much competition and its ratings suffered. This way, it will air after February sweeps during a period with many repeats, then take a break and come back in the summer. The second reason is – less of a break between seasons. With 15 episodes shown over 12 weeks this past season, we will go 40 weeks between seasons! People move on and forget shows. This way, Dallas will be on over several months. March, April, July, August.… Read more »

I like the idea. Im sure episode 8 will leave us with a cliffhanger and wanting more. Then round 2 comes shortly after with another punch of excitement. Smart move. They need to keep things fresh and innovative.

Not sure what to think of the split season–will there be a mid-cliffhanger? Will there be a season four? I love the new DALLAS, in any case.

I watched Dallas from season 1 back in the day and wasn’t sure it could make a come back. It did and I support you with 100% loyalty. Bring it on next generation you have my attention by why the break, do you season and pray you come back for #4.

I cant wait! No matter when it airs! I have watched this since the original show was on with the original casts,, Love this show!

I love the new Dallas series. Keep it going on. its great!!!!

I Love the new Dallas.. Can’t wait until it air!! Keep it going

I am just very happy that this new Dallas is a hit and is still making fans like me wanting more.

I’ve been a a fan since I was a kid and a fan of new Dallas. Certainly helped keep me interested by seeing some of the original cast, but I’m hooked now regardless!! Can’t wait for the next season to start

when will the winter season begin we need something to look forward to with all of this snow…please be sooooooon!!!!!!!!!!

I’ve been watching Dallas since I was a kid. J.R has always been my Idol. Love the show and hope it never gets cancelled.

I’m a loyal DALLAS fan since the beginning of it way back. Not sure if the split might spoil the ratings as who’s watching it when it’s summer time and therefore might not return. CANNOT HAVE THAT HAPPEN! The cast is all amazing. Wait is see?

What! you’re joking, by the time summer gets here, we’ll have forgotten what happened way back in April? Not happy!

So when exactly will the summer episodes start?

I’m 44, I watched it in the 80’s because my parents did. Dallas is one of my all time favorite shows ever. Larry Hagman was a great actor but Josh Henderson has a little something extra for the viewers. The storyline keeps you waiting for every waiting moment. Come on summer season of seven episodes!

I watched the show back in the 1980’s. I have loved it ever since. I like the new Dallas. It is just as spiteful and steamy as the original Dallas. Can’t wait to see what happens this coming season. John Ross is just like his dad, even though he denies it in the show.

Love the show glad The young Dallas group is on now. I cannot wait for the next season.

great show, sad it over, was the best show on TV.

Love the show but the STUPID SPLIT SEASON THING has to go!!! Whoever thought of the split season format also has to go!!! People forget about the show by the time the remaining eps air…