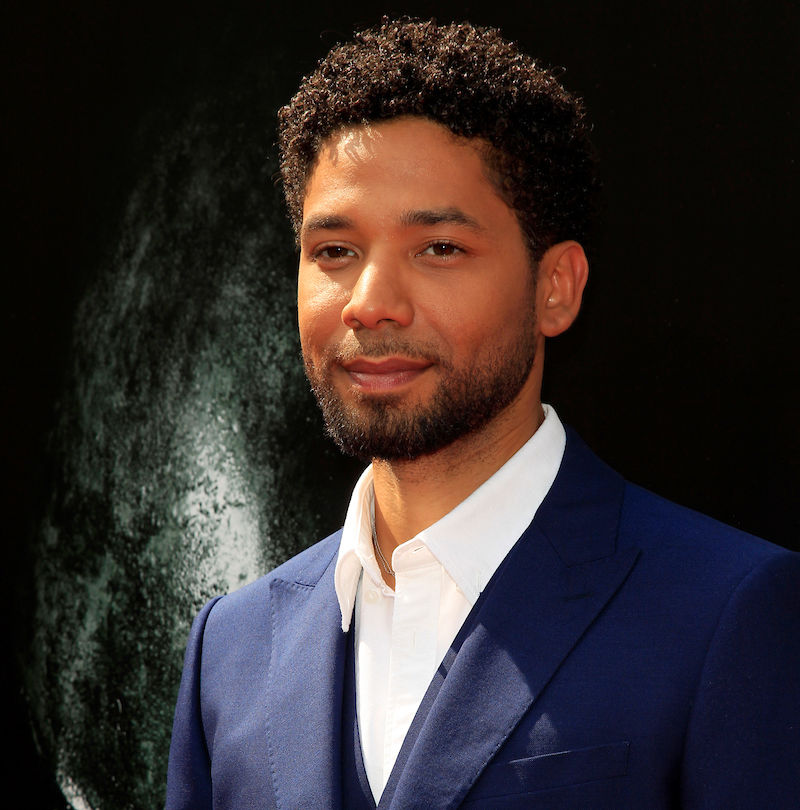 Following the turn of events for Jussie Smollett (Jamal Lyon, Empire) where he was arrested and charged on multiple felony counts and then posted bail, the producers of Fox’s sudsy primetime drama have decided to pull him from the remaining two episodes of the season.

“The events of the past few weeks have been incredibly emotional for all of us,” executive producers Lee Daniels, Danny Strong, Brett Mahoney, Brian Grazer, Sanaa Hamri, Francie Calfo, and Dennis Hammer said in a statement this morning following the legal fallout for Jussie Smollett and his arrest stemming from an alleged hate crime reported on January 29th that he staged on himself.

The producers went on to say: “Jussie has been an important member of our Empire family for the past five years and we care about him deeply. While these allegations are very disturbing, we are placing our trust in the legal system as the process plays out. We are also aware of the effects of this process on the cast and crew members who work on our show and to avoid further disruption on set, we have decided to remove the role of ‘Jamal’ from the final two episodes of the season.”

This happened even after Smollett returned to work on Thursday, and even after the actor/singer reportedly apologized to the cast and crew of Empire for any embarrassment the recent allegations may have caused, but at the same time, sources reported, that he maintained that he was innocent,

According to CNN: “The person at the meeting said they were shocked and dismayed that Smollett stuck to his story of innocence. For the most part, the source said, Smollett paraphrased what was in the statement that his attorney put out that afternoon, blaming the legal system and the media for his woes.”

I’m so angry every time I see his face now that no News outlet should report any further on this till its all said and done in the courts. Real talk.