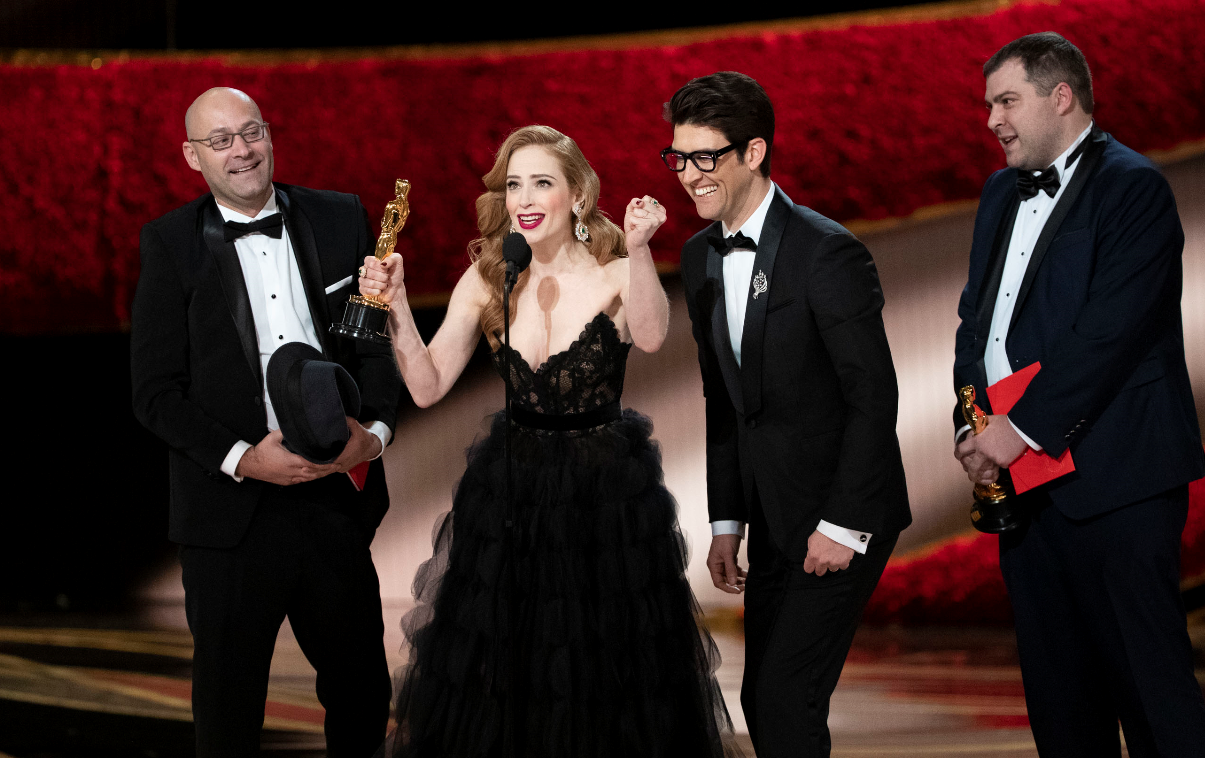 If you watched Sunday night’s telecast of the 91st Academy Awards, General Hospital fans were in for a welcome surprise when a former cast member took home an Oscar in the category of Best Live-Action Short Film.

Jaime Ray Newman, who played Kristina Cassadine from 2001-2002 and in a few appearances afterward, and who was Alexis’ (Nancy Lee Grahn) half-sister, took to the podium when the film she produced Skin was announced as the winner of the short film category.  Newman, was accompanied on-stage by her husband and the film’s director, Guy Nattiv.

Israeli-born Nattiv and Newman told the press backstage that they are already looking forward to the release of the feature version, of Skin which hits theaters on July 26.  “We have a baby Skin, and now a feature Skin,” Nattiv said.

As to the subject matter of their Oscar-winning short film, Newman said to the press: “I don’t think we were trying to make a political statement necessarily. In the short, we explored how what you teach your children is going to influence the next generation.  I think the beauty of Guy as a filmmaker is he doesn’t pound anything over your head …  ‘I don’t have the answers, but these are the questions.’”

The feature version of the film follows a heavily-tattooed young man raised by skinheads who elects to transform his life, turning away from the hatred and violence that have driven his actions to that point.  Earlier this month, the short-film version of Skin was acquired by Fox Searchlight.

For those trying to recall the storyline for GH’s Kristina Cassadine, she was in love with Ned Ashton (Wally Kurth), and died after an attempt to find Sonny blew up on her literally when Kristina went to Sonny’s (Maurice Benard) warehouse where bomb set by Luis Alcazar (Ted King) detonated.  Alexis named her baby girl, Kristina after her dead sister.   Newman was recently seen as an actress on Netflix’s drama, Punisher.

Watch Jaime and Guy’s Oscar acceptance speech below.  Then let us know, if you were shocked and happy to see Jaime win an Oscar via the comment section below.

GENERAL HOSPITAL: Twins Go Blind: Jason And Drew In Peril As Jordan Is Hit By Car And Shiloh Figures His Next Move

Didn’t watch GH, but good for her. Love her dress. She looks beautiful.

I thought it was cool, Alexis little sister winning an Oscar, she was so excited, happy, probably surprise, good for her.

THIS – is the first year I did not actively engage ??? is it my age ? not knowing who’s who any more ? it’s like watching the grammys … I just don’t see any names of recognition. I support the ARTS… nontheless for nostalgia and sentiment… I wanted Glenn Close to take home… Oscar… she has always been in my realm, scope, of leading ladies being featured in my “time” Jessica lange Sissy Spacek Diane Keaton Glenn Close Susan Sarandon I have never liked Meryl Streep I’m certain their are more… it can’t all be daytime. Glenn remains the… Read more »

@Patrick…I’’m glad you enjoyed the Colman acceptance speech, but as a longtime viewer of British entertainment vehicles, I have to express true astonishment at the sudden worldwide fascination with this actress. For years, I have watched her in a variety of roles (especially in three seasons of Broadchurch and in “The Night Manager,” along with numerous other episodic UK appearances…) and for me, she has always come off as bland, strident, even off-puttting…not remotely regal or engaging. It totally perplexed me when she was cast as the middle-aged QE2 in the “The Crown,” which I have yet to view given… Read more » 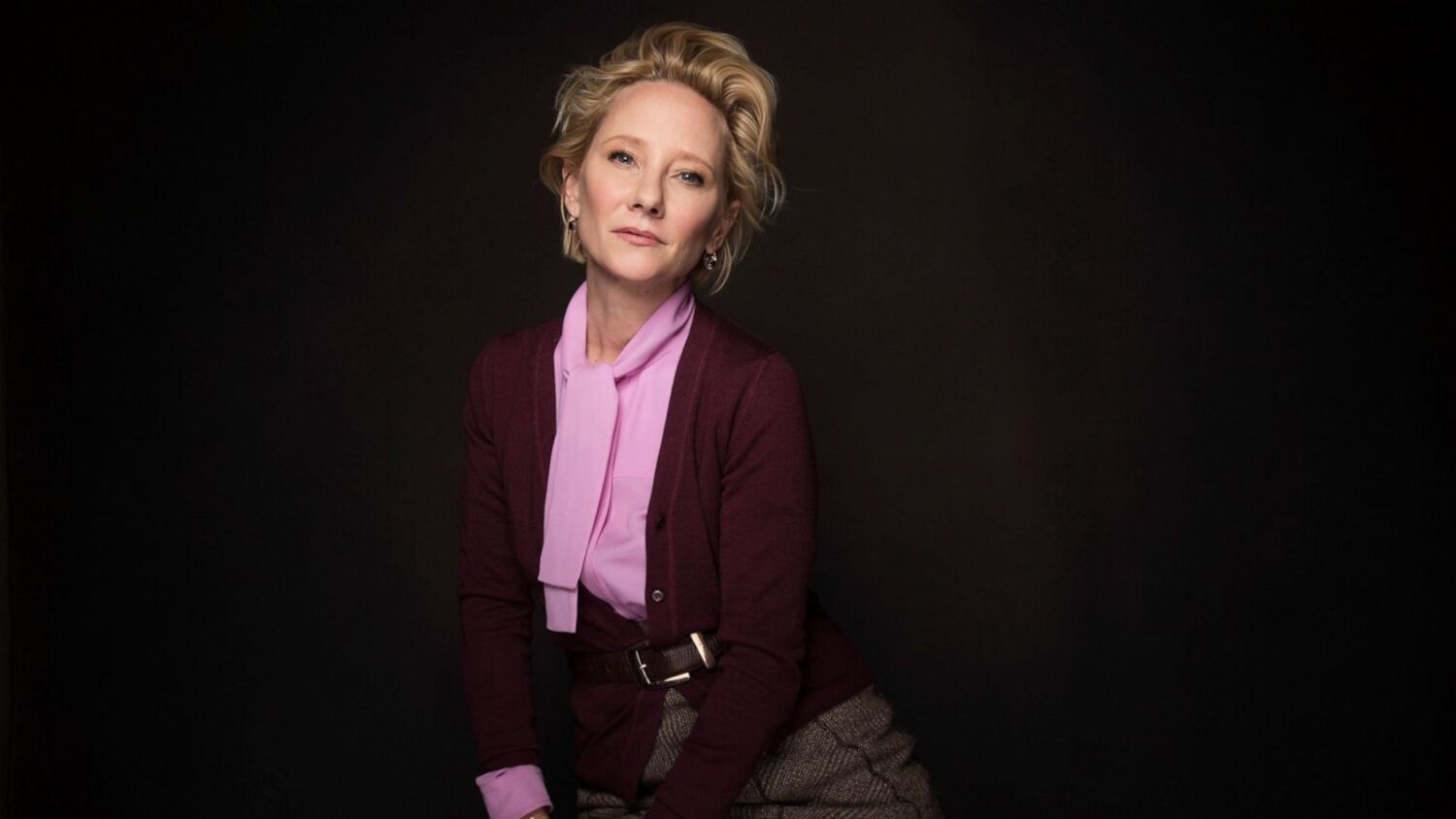 UPDATED: According to Anne Heche’s rep, Holly Baird, “Anne Heche has been peacefully taken off life support,” in a statement released on Sunday night.

Previously, following a catastrophic brain injury from crashing her car into a home on August 5th and suffering severe burns, the actress had been declared brain-dead at the age of 53.

In a statement from a rep for Heche’s friends and family, they expressed: “Today we lost a bright light, a kind and most joyful soul, a loving mother, and a loyal friend.  Anne will be deeply missed but she lives on through her beautiful sons, her iconic body of work, and her passionate advocacy. Her bravery for always standing in her truth, spreading her message of love and acceptance, will continue to have a lasting impact.”

Heche is legally dead according to California law, although her heart is still beating she has not been taken off life support in order to allow for organ donations to take place and to find the right recipients. 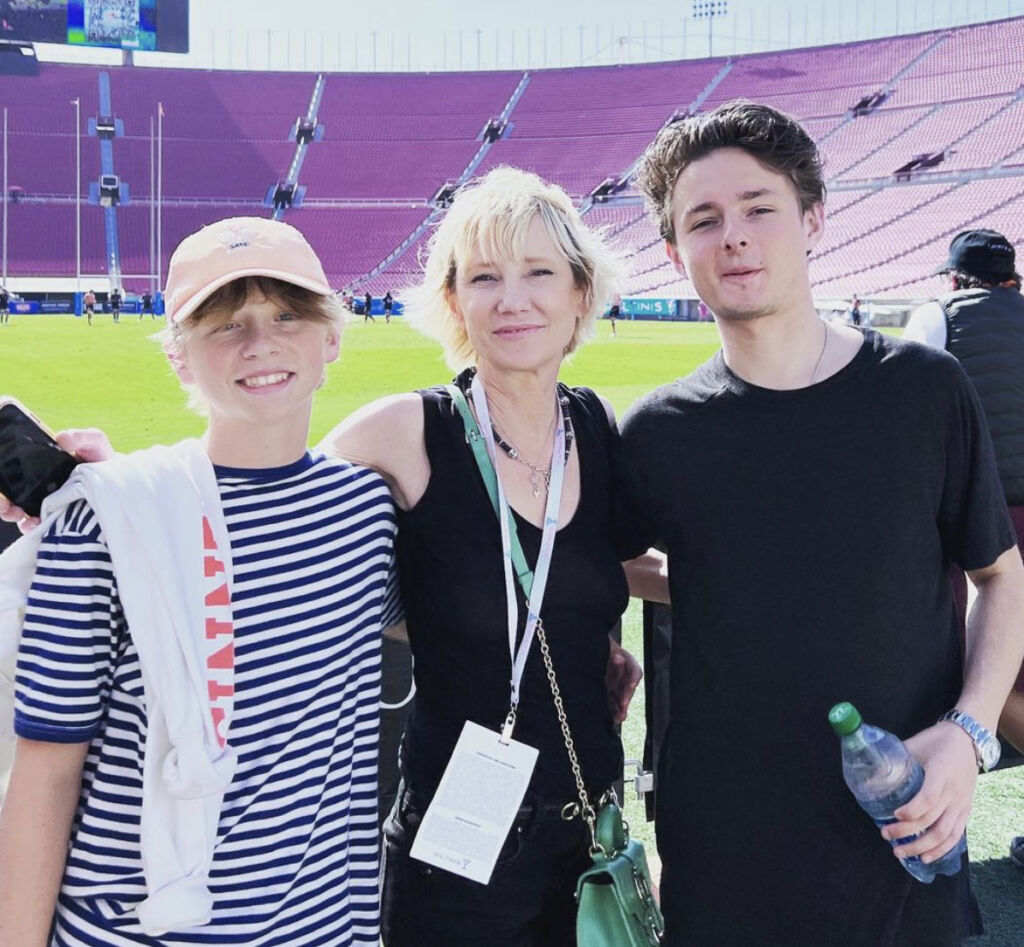 Anne’s eldest son, Homer 20, said in a statement to PEOPLE on his mom’s passing:  “My brother Atlas and I lost our Mom. After six days of almost unbelievable emotional swings, I am left with a deep, wordless sadness. Hopefully my mom is free from pain and beginning to explore what I like to imagine as her eternal freedom. Over those six days, thousands of friends, family, and fans made their hearts known to me. I am grateful for their love, as I am for the support of my Dad, Coley, and my stepmom Alexi who continue to be my rock during this time. Rest In Peace Mom, I love you.” 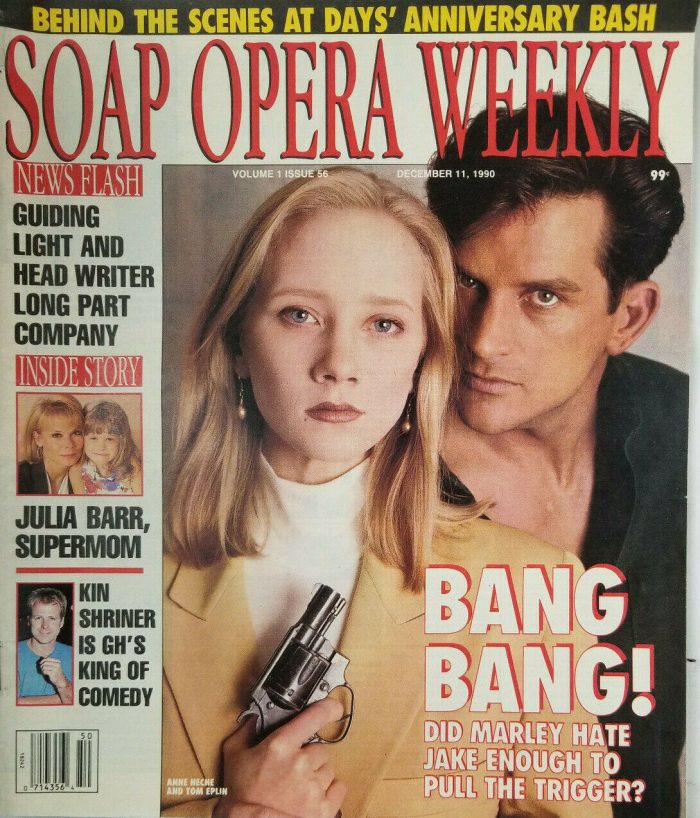 The talented actress is best-known to soap opera fans for her Daytime Emmy-winning dual roles as twins, Vicky and Marley Hudson on Another World.  She had two sons, Homer with her ex Coley Laffoon and Atlas, 13, with actor James Tupper.

Throughout her career Heche appeared on TV shows and films includingL Men in Trees, If These Walls Could Talk, Donnie Brasco, I Know What You Did Last Summer, Six Days, Seven Nights, and Gus Van Zant’s 1998 remake of Psycho. Back in 2020, Anne became a celebrity contestant on ABC’s Dancing with the Stars.

Heche’s stormy relationship with Ellen DeGeneres made headlines throughout her career, and today, DeGeneres shared: “This is a sad day. I’m sending Anne’s children, family and friends all of my love.”

Michael Fairman chatted with Anne back in 2020, in a memorable conversation for You Tube’s Michael Fairman Channel touching upon her career start on Another World, being a champion for the LGBTQ community, her relationship with DeGeneres, the ups and down in her career, and her demons and childhood past.

You can watch the conversation below.