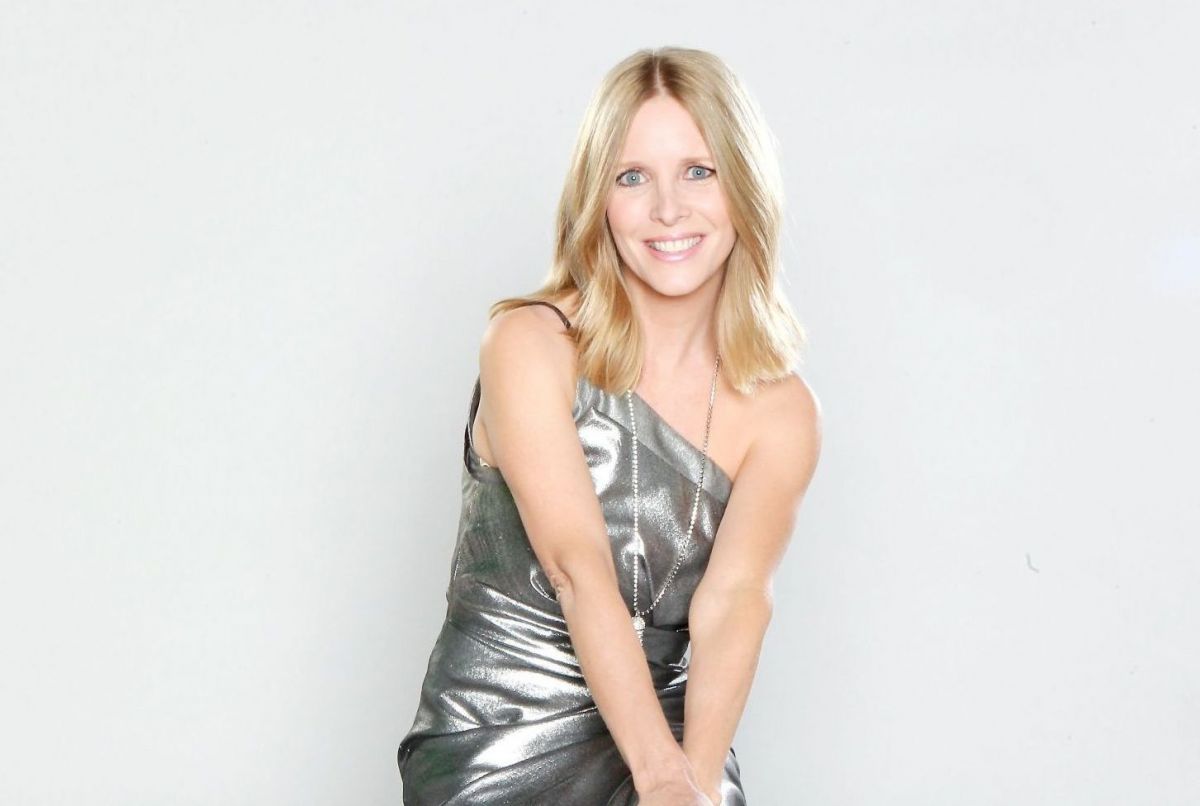 Congratulations are in order this Sunday to Lauralee Bell who is celebrating her 35th anniversary with The Young and the Restless.  Hard to believe, it’s been 35 years since the perils of a young Cricket became front and center and those young love stories with Danny (Michael Damian), Phillip (Thom Bierdz) and eventually, Paul ( Doug Davidson).

As Cricket matured, so to was the decision to now call the character by her birth name, Christine.  After all, she became quite the legal eagle! For over three and a half decades with time-off in between, Lauralee has shared memorable storylines with the amazing Tricia Cast, and the late Jeanne Cooper as Nina and Katherine, and let’s not forget Michael Baldwin, played by Christian LeBlanc, to name just a few/

In a few tweets on Sunday, Lauralee acknowledged the day stating: “We all couldn’t do what we love to do without the viewers so thanks to them!”  She followed that up with a tweet filled with photos of herself and her co-stars throughout the years ,and some self-effacing humor stating: “Wasn’t going to post for YR anniversary, because I’m not one to put attention on me but no denying these people have made my life better. Thanks to crew & fans and my hope for Cricket is to smile the way she used to & chill whenever possible”

As viewers know, Lauralee is the daughter of Y&R creators, the late, great Bill Bell and his wife, Lee Phillip Bell.  We are sure Bill is smiling today for Lauralee and proud of this accomplishment.

Share your congrats for Lauralee on this milestone via the comment section below.  Then let us know your most memorable or favorite Cricket/Christine moment on the CBS Daytime drama series.

My favorite Cricket storylines were when she fell for Phillip and then took the rap for him when he got in a drunk driving accident and when the real Phyllis hit her and Paul with a car.

Lauralee Bell couldnt have said it any better, “My Hope For Cricket Is To Smile The Way She Used To & Chill Whenever Possible.”

I wish she would stay for longer periods of time, have interactions with other characters and quit being such a bitch towards Paul! I know, Paul who?

I happen to like Christine and Lauralee Bell’s portrayal of the character. My wish is that TPTB could cook up a storyline for her that doesn’t include her being in the courtroom. Maybe a bump in the road for Christine and Paul’s marriage? Another chance at a baby that she wants but, maybe, he doesn’t? That would be fun!

I want more Christine and Paul on the show. We need a solid stable couple (and that does not mean they have to be boring!). A strong daytime drama needs the stable characters, even they be pouring the coffee for periods of time) to establish and maintain that sense of place, that continuity of history. I had hopes during the white slavery story line the two would be forefront for a time. But that plot never gelled as I thought it should.

Congrats on 35 yrs of Y&R Lauralee Bell, you truly are an uptown girl. ❤

Char-Char? Are you a Utuber ASMR? If so, love your presentations!!

She is too nice of a person but deep down she has to be sad at the current state of y&r. I would like too see her smile more also but the show has suffered since 2006 not the same.

I know I’m gonna catch it for this, as I am not nor have ever been a Christine fan. I find her unbearable, but that may be in part due to the writing. But I do applaud Ms. Bell for contributing to her family legacy instead of just cashing in on it. Imagine the memories these veterans must have after decades on a classic, iconic show! Maybe they should give her a story where she’s more sympathetic, like the baby loss of a few years back. I do like her contempt for Miss Nikki as well. Hey, maybe I like… Read more »

Congrats to Ms.Bell, on hanging in there so long. My favorite SL has got to be many years ago, as teens, Cricket and Nina got involved with Rose DeVille, played by the wonderful Darlene Connely (spelling wrong?), when the evil Rose stole Nina’s baby, at birth,and was never recovered, until Nina wrote the book, that brought Ronan to GC as her long, lost son.
Second favorite SL was when Chris and Paul were on their 1st honeymoon, and Phyllis followed them, sabatataging them throughout.

She should be head writer of Y&R.