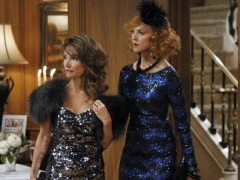 In a brand new feature out today from On-Air On-Soaps Michael Fairman at FrontiersLA.com, several of the key members of the cast of All My Children are profiled and interviewed on their memories, the heartbreaking cancellation of the series, their loyal fans, and the sense of family camaraderie they have had together with all the trials and tribulations it took to keep the show on the air.

Below are just a few excerpts!

Jill Larson on her on-contract, then off-contract status with the show: “It has been quite a roller coaster ride really since the spring of 2006 when I went off contract. Then they started using me! I think it was Chuck Pratt [ex-head writer, AMC] that saw the value of the character and started using her more regularly. I did become the resident psychic and I did make all the other residents of Pine Valley look a little dense, because I had 100 percent accuracy and nobody would believe me!” [Laughs]

Jill getting emotional recalling the love of the fans at the recent All My Children Fan Club event: “Emotions are close to the surface right now. [Teary-eyed] I did not have any understanding of daytime, or the power and the potency of it in people’s lives when I started here. I feel so honored that I get to do a job that brings that kind of delight to people. That is extraordinairy to me. My character has evolved over the years in a way that I did not necessarily intend, but the voice of my mother, and my grandmother, and aunt Edna are in there with me, and they have come forth now in Opal after all my years of playing her. I thought she was a great distance from me, but clearly that is not the case. At the fan club weekend there were so many families that came. There was the daughter, and the grandmother, and the great grandmother in the wheelchair, the children and the grandchildren. Soaps really provide a common language and glue for families of every generation. I understand for the network it’s costly to do these shows. But, I don’t think they really appreciate the value and the uniqueness of this form, and the power of it.”

Susan Lucci on having those moments where she realized how amazing it has been playing the one and only Erica Kane: “I did pinch myself all along the way. I feel so lucky. I knew it from the very beginning that Erica was special, and then all along the way. I thought to myself, ‘Wow, this is amazing.’ The range I have got to play as Erica has been astounding. I think back to her modeling days in New York City, and being at the Met, and running down that grand staircase and all that went with it. Also, the comedy with David Canary [Adam/Stuart Chandler] comes to mind, and the great romances, but also the groundbreaking and socially relevant storylines … Bianca’s coming out, Erica’s addiction to prescription pain pills … both those stories were told in real time. That is a luxury of this genre.”

Vincent Irizarry on remember one of David’s most heinous acts … stepping over his mother, Vanessa! “There was one time David stepped over his mother while she was having a heart attack in the parking lot, and Erica is going, ‘Dr Hayward. I am so glad you are here.’ And I am like, ‘Oh, you bitch.’ And I keep walking off. And she is like, ‘Dr. Hayward why would you walk away from her?’ And someone goes, ‘That’s his mother!’ He loves to tell people in Pine Valley, ‘Look at yourselves! You’re not so different than me. You are just lacking the brilliance.’ Look, in the end, I will take away from this experience the wonderful relationships with the people that I work within every area of this show. It’s been incredible.”

Make sure to read all the actors thoughts on their time with AMC, and on its conclusion on television, by going to the full story here!

The Michael E. Knight Interview – All My Children

Michael, Thank you (and thank you, AMC) for all of these wonderful interviews. I love this show and these actors! I’m hoping they will come back re-energized and fresh on the web and take it by storm.

thanks michael – i could not help but tear up reading this article……..

Wish you could have interviewed Jacob Young 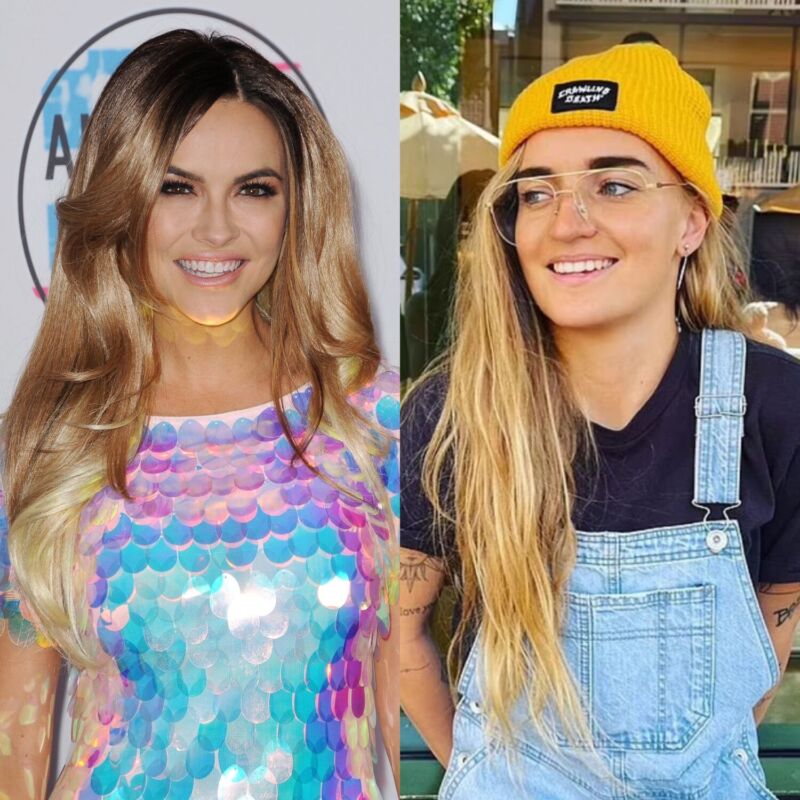 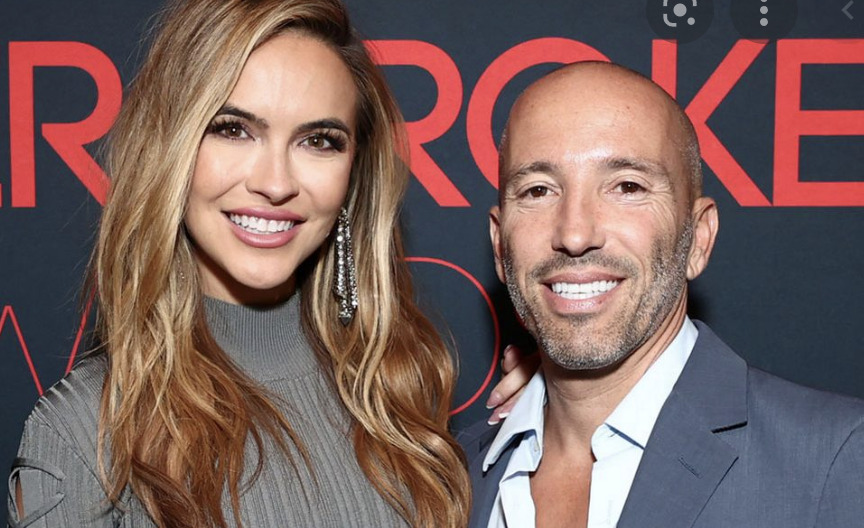 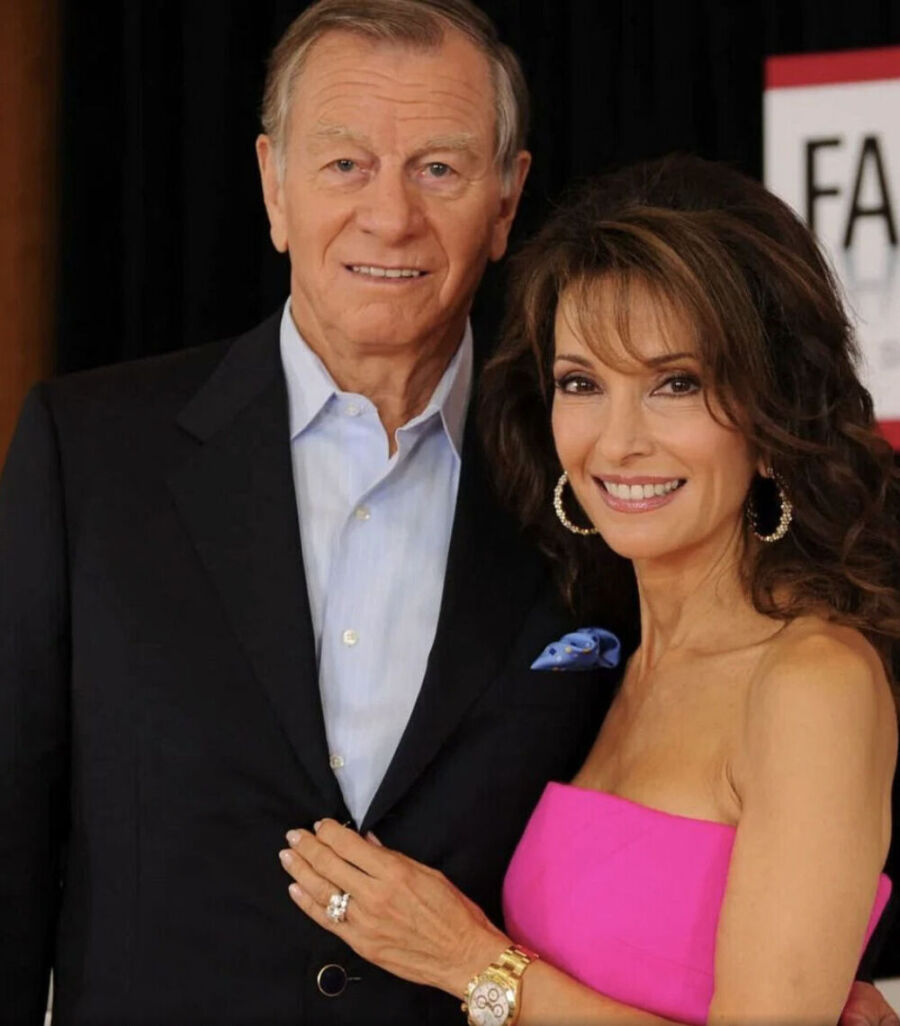 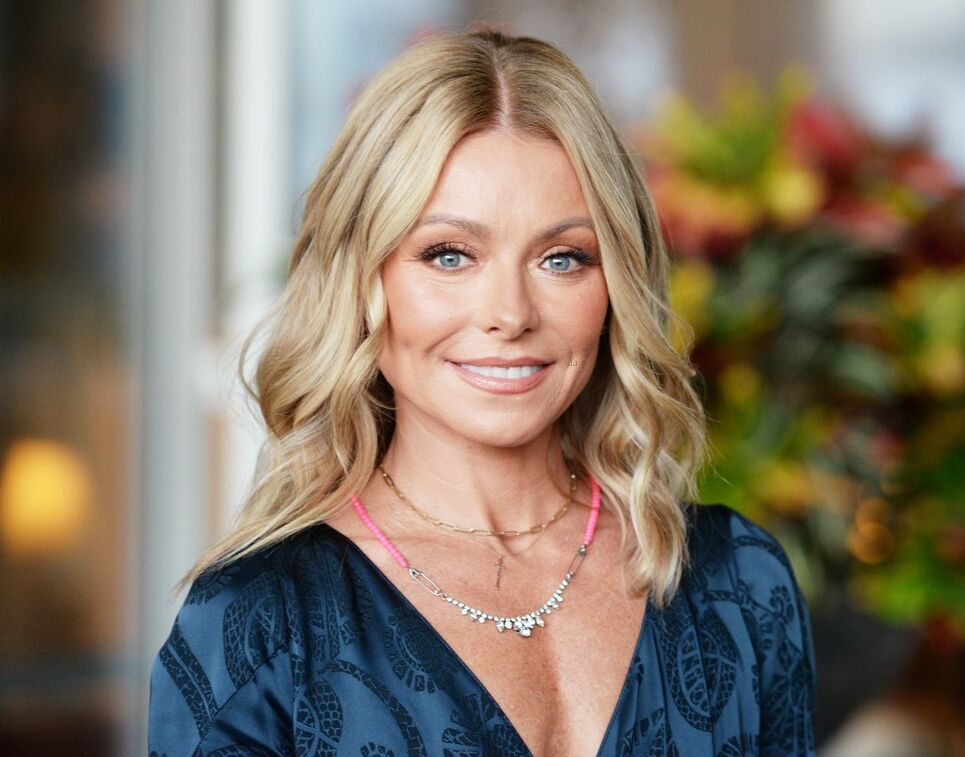 All My Children alum, and co-host of Live with Kelly and Ryan, Kelly Ripa (Ex-Hayley) will now add ‘game show host’ to her resume with the upcoming quiz series, Generation Gap from Jimmy Kimmel and Mark Burnett.

According to Deadline, after nearly three years since it was ordered to series, ABC will finally debuted the show with Ripa as its central face this July.

In the game show competition, different groups family members of different generations work together to answer questions about each other’s generations.

The loglines share that “the show will feature pop-culture trivia and challenges such as asking an 8 year old to finish the famous catchphrase, ‘Go ahead. Make my BLANK.”’

So, what do you think of Kelly Ripa’s new game show? Comment below.