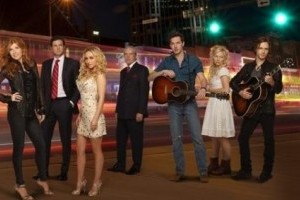 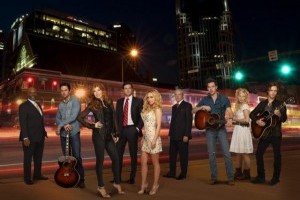 Today it became official with the announcement at the ABC Upfront Presentations in New York which shows made into the network’s fall-lineup.  As we have previously reported, Nashville starring Connie Britton, Hayden Panettiere and Jonathan Jackson is a go as is the mob “soap opera-esque” series,  Red Widow.

ABC debuted the series trailers, so we finally have something tangible to view along with all the hype.   And you can watch them after the jump!  But before you do,  here is the series info on Nashville:  Chart-topping Rayna James (Connie Britton) is a country legend who’s had a career any singer would envy, though lately her popularity is starting to wane. Fans still line up to get her autograph, but she’s not packing the arenas like she used to. Rayna’s record label thinks a concert tour, opening for up-and-comer Juliette Barnes (Hayden Panettiere), the young and sexy future of country music, is just what Rayna needs. But scheming Juliette can’t wait to steal Rayna’s spotlight. Sharing a stage with that disrespectful, untalented, little vixen is the last thing Rayna wants to do, which sets up a power struggle for popularity. Could the undiscovered songwriting talent of Scarlett O’Connor (Clare Bowen) be the key to helping Rayna resurrect her career? Complicating matters, Rayna’s wealthy but estranged father, Lamar Hampton (Powers Boothe), is a powerful force in business, Tennessee politics, and the lives of his two grown daughters. His drive for power results in a scheme to back Rayna’s handsome husband, Teddy, in a run for Mayor of Nashville, against Rayna’s wishes. 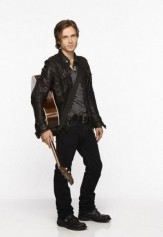 Here is the series info for Red Widow:  When Marta Walraven’s (Radha Mitchell) husband is brutally murdered, her first instinct is to protect her three young children. Her husband’s business partners – Irwin Petrova (Wil Traval), Marta’s scheming and untrustworthy brother, and Mike Tomlin (Lee Tergesen) — were involved in an illegal drug business deal with rival gangsters, and Marta’s husband paid the ultimate price. She already knows the violent world of organized crime; her father, Andrei Petrova (Rade Sherbedzija), and loyal bodyguard Luther (Luke Goss) are gangsters too. She and her sister Kat (Jaime Ray Newman) had always wished for a safer life without bloodshed and fear. For a while Marta lived happily as a stay at home housewife in San Marta’s cooperation, FBI Agent James Ramos (Mido Hamada) now promises justice.  Marta discovers a tenacity she never knew she had, and takes on the gangsters and the FBI to unveil the truth about her husband’s death. As she digs into this dark underworld, she’ll test her own strength, relying on her resourcefulness, determination and family ties like never before. To get out of this mob, she needs to beat the bad guys at their own deadly game. 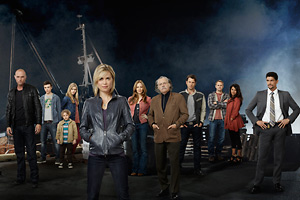 THIS WEEK on Y&R: Victor to Nikki, "You with Jack Abbott makes me sick!" Isn't that the pot calling the kettle black, Vic?

The only soap I’m interested in is OLTL, but being that ABC can’t seem to pull their heads out of their asses, it doesn’t look like I’ll be seeing it anytime soon. The whole Nashville thing sounds like ABC is trying to cash in with the whole thing that NBC is doing with Smash….I’ll pass.

AMEN Torrey! OLTL was the best soap ever. Personally ABC can stick their entire network up their ass- I am done.

Torrey, Michael, and Susan m, I agree with all of you.

If ABC wants me to view any program other than “General Hospital”, they better get working on a re-vamped “One Life To Live” !!!

Hey Brian, that’s how I feel to because I can go till the ends of time and never watch abc/disney again except to watch general hospital.

Not nearly as excited about theses shows as I was about Marc Cherry’s offering. I’ll have to wait and see the product in full before I make a final decision.

I’m very disappointed that Devious Maid got turned down. I was really hoping in seeing La Lucci. I think there must be some grudge between ABC and Marc Cherry and this is why the show wasn’t picked up.

I’m really not interested in Nashville. Jonathan Jackson belongs on GH, not on Nashville. I cannot believe that he’s wasting his time on primetime when GH is waiting for him. He should be happy that his daytime soap opera is still around when AMC and OLTL are now things of the past.

There is no way I will watch this or any other soap abc/disney thinks it can cram down my throat I don’t care who is going to be in it. I suggest that abc put back the soaps they killed in the daytime and stop trying to put the daytime soap stars on there so called prime time soaps, it doesn’t matter to me I will stick with my boycott and I am not alone in my cancelling out of abc/disney from my life.

The only ABC show I will ever be interested in is GH. Unless they bring back OLTL.

Heather, I think the “grudge” ABC has against Marc Cherry is likely because of the lawsuit brought on by Nicolette Sheridan from Desperate Housewives. I’m sure ABC wasn’t happy about the negative publicity and possible financial loss due to Mr. Cherry’s actions, proven or not.

MBmomof3, You could be right about abc and Marc cherry. I guess there will be another trial, Its not over yet.

I am not and never will be interested in any new programs that will be on ABC! I’m insulted by these attempts to win back soap fans with these so-called “primetime soaps”. General Hospital is the only program I will watch on this network unless and until AMC and OLTL are brought back in some form.

That,s what I say. Anyway abc/disney likes to tease you with a show then cancel it, Or do what they did with brothers and sisters, They could have left it alone, Or put it on earlier It was a good family show. I am also not happy that they canceled boston legal and v, I could think of a few more, I will never watch any of their programs either,When they killed my soaps they lost me as a viewer and I,m never coming back.

As someone who gravitates toward serialized story telling, I don’t either one of these shows looks like it will last more than a half dozen episodes. Based solely on these trailers, NASHVILLE looks like a mess of cliches about a middle-aged woman fighting to retain her place in a world that idolizes youth while RED WIDOW just looks all kinds of pretentious and boring.

I think ABC screwed up (again) by not picking up the Marc Cherry DEVIOUS MAIDS series, but then cancelling OLTL instead of GH shows that they aren’t the best in the decision making department…

won’t be watching either show… not into country stuff and if I wanted to watch a soap-esque mob show, I’d watch… oh, what’s that show called?;-b oh yeah, the sonny & jason mob show.

I’d much rather watch Hayden Panettiere on One Life to Live! She was so cute… maybe Todd’s niece should stop in Port Chuck!

Any shows starring Connie Britton and Radha Mitchell, I’m in. I just hope it doesn’t disappoint.