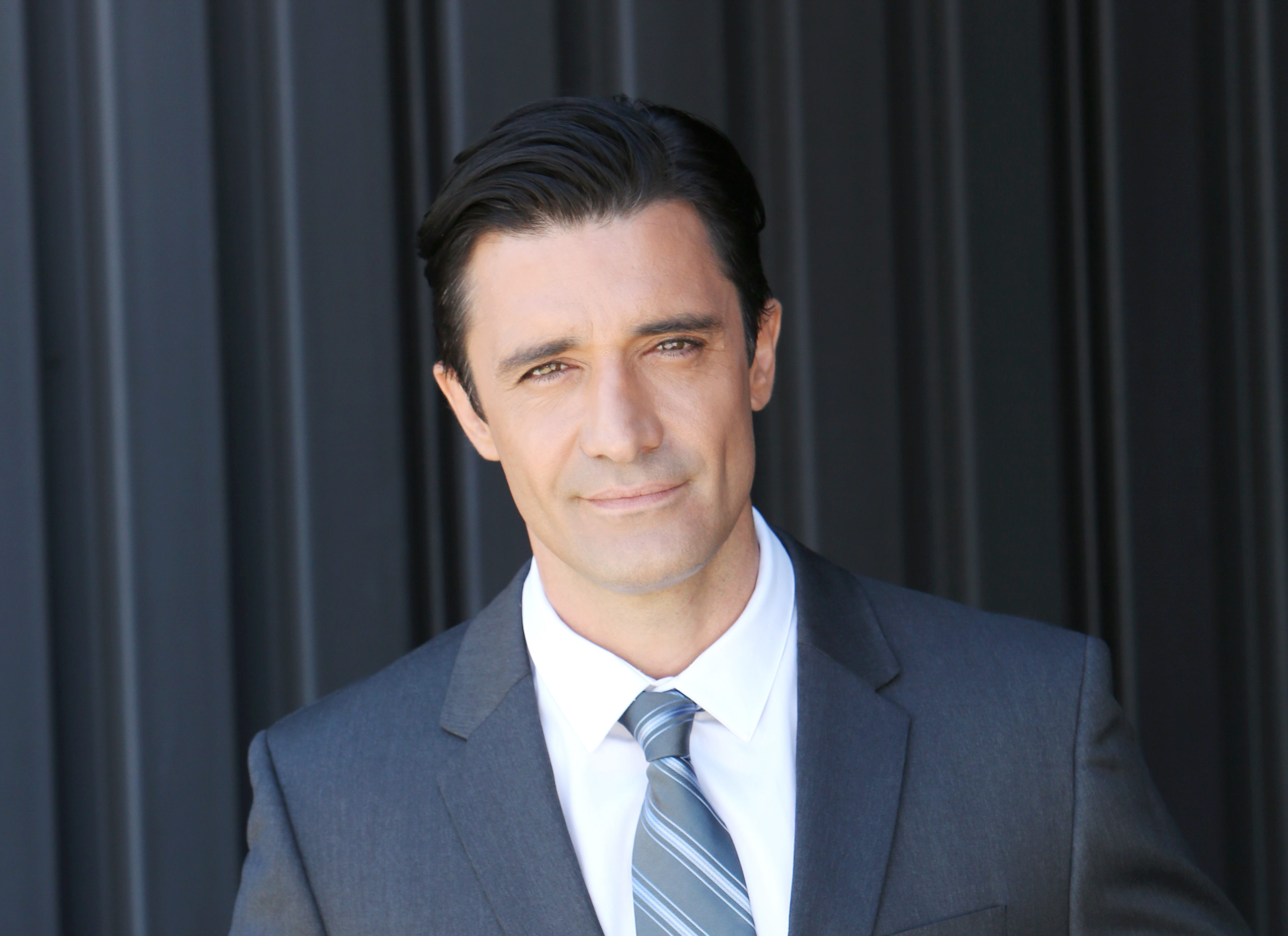 More heartthrobs in Salem!  Next week, on the June 5th episode of NBC’s Days of Our Lives, look for Gilles Marini, best known for his film work, and primetime roles in Brothers & Sisters, Switched at Birth, plus Sex and The City, to make his Salem debut.

Gilles will be playing Leo’s (Greg Rikaart) lawyer, named Ted.  In the latest issue of Soap Opera Digest, Marini describes his new character as, “Unscrupulous.  He’s rough. When you’re that hardcore lawyer that has no scruples, you’re going to hurt other people.  He’s the type of guy who would not think twice about blackmailing you. He knows what the law is, but can he bend it?  Maybe. He’s bringing to the show a new kind of shadow.”

Marini goes on to say about his DAYS experience, “Every time I have new pages, it’s interesting, and there’s nothing I want to change.  It’s really, really cool.”

This isn’t Marini’s first daytime drama gig, he’s had guest star stints on CBS’ The Bold and The Beautiful.

Look for Marini’s first scenes to be with not only Greg Rikaart, but also Lauren Koslow (Kate Roberts).  It looks like Ted could be enthralled with Kate. Could this be a new romance? Will there be much skullduggery?  Will Leo and Ted put the screws to Sonny (Freddie Smith) and company? Stay tuned.

So, are you excited about the DAYS debut of Gilles Marini?  Comment below.

Heard he was coming awhile ago. He is also great dancer dwts. I hope he has good storyline. The writing has been good for temporary people as well as for regulars. The DID story was good but it is ended. We need to keep the show at a high pace. I can picture him a lawyer so we will see. The more devious the better. Kate needs a love.

Great casting–should be great for the show!!

THERE, are; so MANy it’s gobsmacking

hey, I still can’t get over Paul Tolfer’ Xander

exclamation : My little Bette Davis (Jen Lilly) is back RUNNING

the dynamic “show” betwixt Eric Martsolf, Jenn Lilly, and the one and – ONLY – Kassie DevPaiva… unbelievable FEAST time

my girls and he. WOW

Exactly Patrick – every time I see JEZEBEL with Bette Davis I can just picture Jen Lilly in the same role – she is daytime’s equivalent of Bette!

Hi, Patrick, I changed my mind about this guy…..he really isn’t hot…..looks better in pictures than on screen. Not my type…..only my opinion. However, he seems picture-perfect for the role: a true Machiavellian. I am so disappointed in Kate. The writers went through much trouble changing Kate’s “face”…. only to bring her down to her old excecrable ‘haunts’ ? Why do they keep doing this? I really like Kate, and the last person I want to see hurt is Sonny. He has been though enough…..hurt by the love of his life and then some. …..which brings me to say; Sonny… Read more »

I agree that it’s sad to see Kate being bitter about life. With Kristen coming back they’ll have that type of female villain.

I hope Sonny, Victor, Will and Justin take down Leo, Kate and Ted. Adrienne needs to be in this story more, she can use her paper to help expose them.

This lawyer Ted is hot, I hope he and Kate have hot sex scenes!

The show has an embarrasment of hot guys on the show! Too bad Paul is leaving and Xander only has a short visit, but hopefully he’ll be back and on contract soon!

I can’t wait to see Gilles,! Hope he is on for months or even years! I won’t miss one episode,

Maybe Andre Dimera had a son?

Hmmm. Good one, Jimmy. I don’t know much about this Frenchman with an Italian surname. He’s hot, though. LOL. He would be perfect for Eve. Her evil mind is buried just beneath the surface. So, if Marini turns out to be a DiMera, they would be the Bonnie and Clyde second coming. I love Kassie, Jimmy, so when I heard she was coming back, I did a few somersaults. LOL….But, I only wanted her to be a little redeemed—I liked how combustible she and little, halo-wearing Miss Jenny were. i wanted her to be the Eve I knew….bad-arse-girl. I find… Read more »

So Ben rescues Ciara???,,…and they become a super couple like Bo and Hope??

He’s gorgeous. I don’t care what he does.

When the rumors first started about this guy coming to Salem, there was speculation that he could be a recast of the (not so) late Elvis J. DiMera. Looks like that’s not the case. Or on the other horn…. we know that Dr. Rolfie’s “back from the dead” drug often wipes out memory. Happened to John. Happened to Will. So if EJ is running around out there somewhere (and Kristen already told us that he was) he might not even know who he is. But he was a lawyer (among all the other things he managed to accomplish by the… Read more »

FUN’ny : can we SORAS @GH Carly and Sam… let’s make them both in their 60’s. hell… watching Sonny by himself @the nurses ball’. was actually , daresay, inviting. as in, do something else. Jason Drew Sonny NEED women who share the same intensities.

He would be great with Eve.

He is great as the slimeball lawyer and Kate’s new boytoy! Such a beautiful man. I’m sure he didn’t come cheap!

I am so excited that Gilles Marini is starting on Days, I hope he becomes a regular!