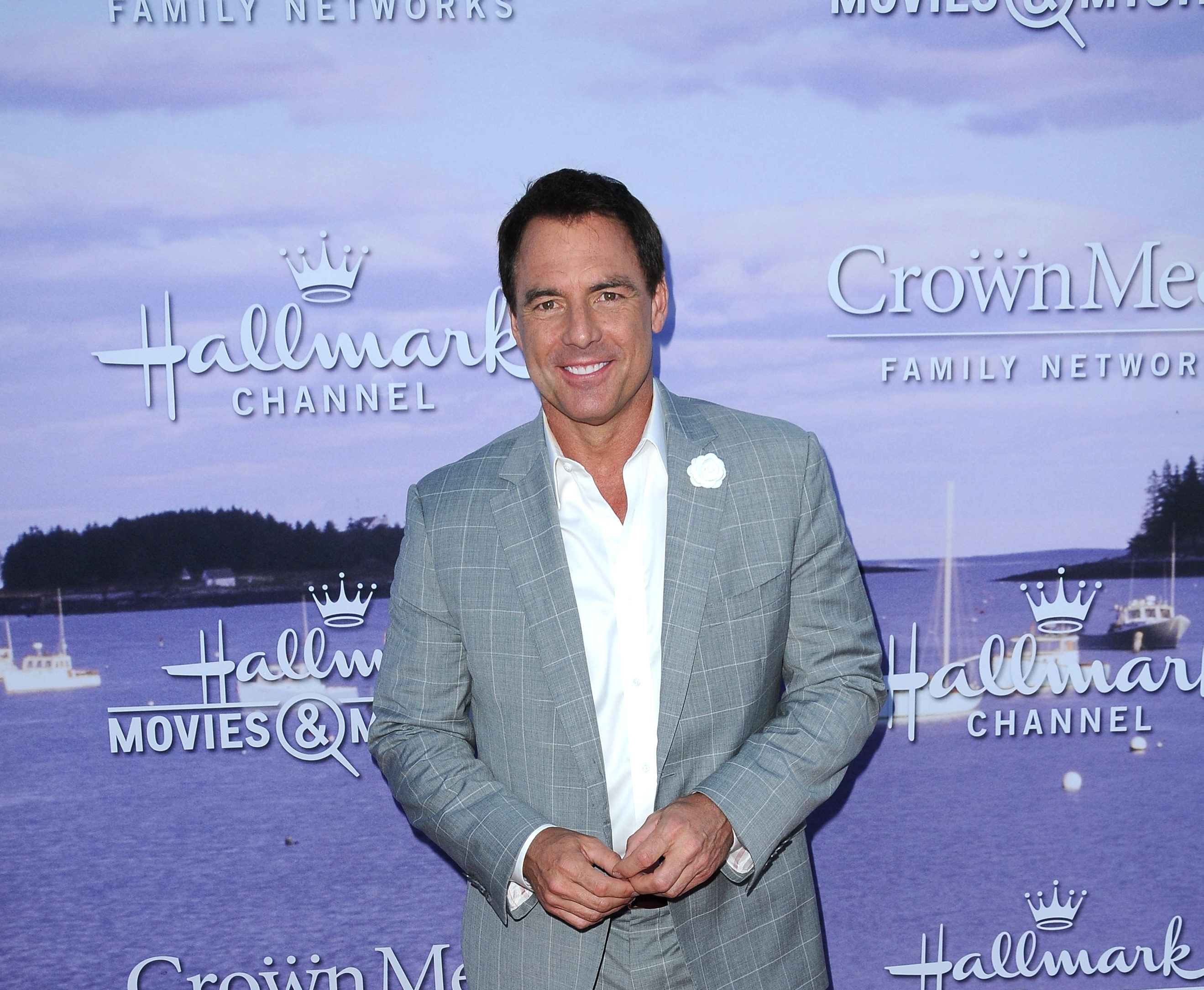 In a shocking move, Home & Family’s original host, Mark Steines, who has been with the show since October of 2012, was abruptly let go by the Hallmark Channel.  From various reports, Steines was “blindsided by the news.”

Apparently, Steines was simply given an explanation that they were changing the show’s “creative direction.”  A rep with knowledge of Steines’ deal told The Wrap that his contract was not up, and they expect to be paid out through its conclusion.  Hallmark clarified on friday that there were no specific complaints about Steines’ behavior on or off the set.

Crown Media Family Networks only made a brief statement on its Twitter account Thursday, “Hallmark Channel has parted ways with Mark Steines as the co-host of the network’s lifestyle series Home & Family.”

Sadly, a rep for Steines said he was completely unaware that when he went to tape Wednesday’s episode that it would be his final one!  Home & Family always tapes its episodes one day in advance of airing.

In an expanded statement released on Friday, Hallmark Channel expressed, “Shows evolve and change all the time.  Mark has been an instrumental part of Home & Family for the past 6 years, and we are extremely grateful for his incredible work and leadership.  We truly wish Mark all the best in his future endeavors.”

The Home & Family team, anchored by Steines and his most recent co-host, Debbie Matenopoulos, looked positively shocked when Debbie had to make the announcement of his sudden departure on the episode that aired today.

“We have a very hard announcement to deliver.  Our dear friend, our very good friend, and my wonderful co-host for years, Mr. Mark Steines is no longer with Home & Family.  He has been an amazing friend to all of us here at Hallmark Channel, the cast, the crew and a wonderful friend to all of you at home as well.  And we are grateful to Mark, and we want to thank him from the bottom of our hearts for six of the most incredible years that he has had here hosting this incredible show that he helped build.  He really did. He’s been here from the beginning and a lot of this show has Mark’s handprint on it, so we support him in everything he does in the future, his future endeavors. We will miss him dearly and we will think about him fondly and often and we thank you all at home for your kindness and understanding and your support and for being part of our family everyday.”

As soap opera fans know, Home & Family has been a great friend, offering full episodes of an All My Children reunion, a The Bold and The Beautiful anniversary show, a Y&R-centric show, and many more.

So, what do you think happened to Mark Steines?  Why was he shown the front door at Hallmark? Is there more to the story than we know?  Than just citing “creative differences?” Will Debbie Matenopoulos have a new male co-anchor?

Also on Friday’s episode of Home & Family, was former GH favorite, Ryan Paevey (Ex-Nathan West) who was on the show to promote his Hallmark Channel movie airing Saturday night: Marrying Mr. Darcy.  Check out that clip below.

NEXT WEEK: Gilles Marini To Make His DAYS Debut

Wow I liked him a lot better than the women on that home and family. Was one of the reasons I watched the show. I don’t care for females hostesses. Other talk shows woman appear to be babbling always. Woman can’t be taken seriously in my opinion. Yes I’m a woman.

Well they did the same thing to Cristina Ferrare too! Seems to be a pattern.

The same thought crossed my mind GN. Seems like ageism to me.

Shock is right ! I remember when Mark left ET to do this new exciting show.
I wish him well in his next venture.

I am very sad about this ! He is the the show and makes it worth watching ! BIG MISTAKE ,HUGE !

I’m done watching, why do they want to change a good thing?

Big mistake, get rid of Debbie she hasn’t inpressed me always got her mouth going also helping with food part needs to allow the food person do there thing not her,she shows off to much. Won’t be watching it any more.

I remember when Debbie Matenopoulos joined the show a few years back, I suspected Cristina Ferrare wouldn’t be around much longer…and then sure enough, she was fired. Steines firing is odd, too, cause he was good on the show.

I liked Cristina Ferrare, never been a fan of big-mouth’s (Debbie). I always liked Mark.

Really? I will miss him and good luck to him.

It’s disgusting. This has happened to many times and their always saying wer’re going in a new direction. They get rid of the good ones and keep others like Debbie. They are going to lose a lot of viewers

Wow! I think they should have been more transparent in giving a “reason.”

People that have been in this business a long time and then cut, for no apparent reason, as uncerimoniouly as he was, there’s obviously A REASON. He still had time on his contract as well. It will eventually come out… obviously everyone was shocked.

Amen me too.women are argumentative too much drama all self absorbed

Another backdoor move by ABC to mave that annoying Cameron Mathison into ANOTHER cushy role at the network! I hate him! But Mark, you will be better off with your talent to go on and achieve better things my man.