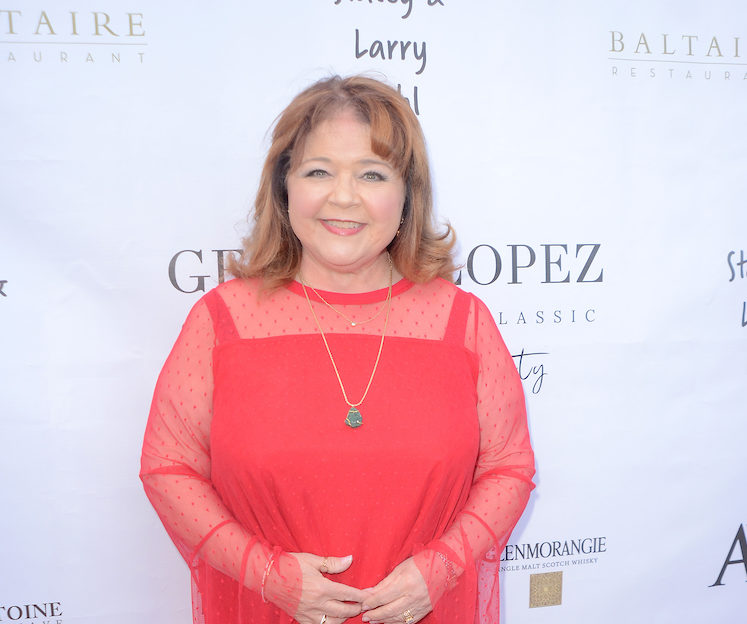 After an internal investigation, the National Academy of Television Arts & Sciences (NATAS) had to make the heartbreaking decision to revoke soap opera favorite Patrika Darbo’s (Ex-Nancy Days, and Shirley B&B) Daytime Emmy; that she received at the 45th Annual Daytime Emmy Awards this April.

Darbo won the gold for her role as Mickey Walker on The Bay.  She won in the category of Outstanding Guest Performer in a Digital Daytime Drama Series.

According to Variety, it was determined that Darbo’s submission reel for competition contained two violations of the official rules.   One, that she had previously appeared on the show, and two, that her reel contained material from more than one episode.

However, NATAS Sr. VP Daytime Emmy Awards, David Michaels, clarified to Michael Fairman TV, “Patrika’s violation was based solely on the previous appearance – not on number of episodes.”

But the story has a few twists and turns to it.  A NATAS rep commented that they immediately commissioned a thorough internal investigation, and determined that Patrika Darbo and Thomas Calabro, both of Amazon’s The Bay, should have been deemed ineligible, as they had each appeared in a prior season of the program.

“Early on, I owned this mistake,” David Michaels expressed. “I had spent most of the day vetting supporting categories, then I switched over to (guest).  My big mistake was not noticing some of the entries weren’t following the one-episode rule.”

Then, in another shocking twist, after Darbo was notified that they would be taking back her Emmy, the plan was to give the award to the performer in the category with the next highest number of votes.  That turned out to be All My Children’s Jennifer Bassey, who appeared as Everly Newman in Anacostia.  Bassey was informed she would be receiving the Emmy, but then, in yet another twist, found out that her win was also being retracted after it was determined that her submission reel also included scenes from more than one episode.  When she found out that she wasn’t getting the Emmy, according to Anacostia creator, Anthony Anderson, “She broke down, it was unbearable to listen to.”

David Michaels, who was dealing with the submissions and executive producing the ceremony that live-streamed on April 29th, clearly had a lot on his plate.  Paul Pillitteri, Sr. VP of Public Relations and Communications NATAS, said, “Human mistake is human mistake, upon further review, it seemed that the entire category was questionable. Everybody was a little off. The awards committee decided instead there would be no Emmy in the Guest Performer category this year.”

NATAS started looking into their submission investigation after communication was received from Ladies of the Lake EP, Michael Caruso.  This occured two days prior to the Creative Arts Daytime Emmy ceremony, where the majority of the digital category winners are announced.

Michaels recalls asking Caruso if this was something that could wait till after the awards ceremony.  “If I had been told, ‘No, this can’t wait till next week,’ this all would have gone differently, I didn’t actually have all the facts until after the show.”

Because of the determination of the awards committee, moving forward, there are proposed changes in the competition.

However for Darbo, who is a previous Primetime Emmy winner, and who sits on the board of governors for the TV Academy, she has this to say: “If you’re taking away mine, you have to take (other perceived violators’) because you have a cloud over you.  It’s a sad thing that I’m going to lose my Emmy because of a paperwork error, but if we let little things like that go through we are negating the Emmy brand and that cannot happen.” Darbo ends with that she would ask to, “please see how we’re submitting and what’s going on. Because this has really broken my heart.”

In an official statement released today by NATAS, they offered up: “While the Daytime judges found each performance worthy of distinction, and the investigation determined that neither performer was involved in the selection of categories in which their performances were submitted, prior-season appearances are nonetheless a disqualifying violation of the guidelines for the category.  Ms. Darbo’s Daytime Emmy Award and nomination and Mr. Calabro’s nomination have been withdrawn. Other nominations in the category will remain, but no Emmy Award will be presented in the category this year.”

“NATAS also investigated whether entrants in this or other categories violated guidelines limiting the number of program episodes from which submitted excerpts could be drawn. The questioned materials were often fleeting, representing only a single line of dialogue, and their inclusion was deemed not to have impacted the outcome of the competition. Further, in retrospect, the guidelines were not sufficiently reflective of current digital distribution trends, causing ambiguity regarding the submissions’ qualification.  The questioned entries will not be penalized for this ambiguity, and the guidelines will be updated for future competitions.”

Michael Fairman TV will have more on the Emmy revocation in a follow up interview with David Michaels forthcoming.

A Revamped ‘Roseanne’ Centering Around Sara Gilbert In The Works?

There have been many great performances from the actors through the decades.
Not all the actors subject themselves to being judged and they do not submit clips.
I say; good for them!
Why any actor would submit their work for judgement by the whomevers, is beyond me.
I admire the actors that have no need for validation by not submitting their work . I , as others, know which are the best.

I think you made a lot good points and I too believe most actors do not need or want an “award” to validate their hard work. However in every industry there are ways to recognize work that is outstanding– not BETTER THAN EVERYONE ELSE– but work that goes beyond the expected standards– and I do believe in those cases “awards” have a place. Unfortunately the Emmy system has corrupted those noble values over the years and the system in place to deemed who warrants the “Outstanding” distinction flawed that at this point I think the whole thing should be scrapped. In the end like you said, the viewers know and appreciate the quality work– we don’t need the Emmy people to tell us who is outstanding.

Its crazy and stupid feel bad for her, now I am thinking this whole EMMY’s for daytime is nothing but rigged from the beginning, it’s not like it used to be, it’s 2018 they committee only picks their favorites to win it all. Y&R has been on top from the beginning, they cannot win top soap, directing, writing, etc.. but Days can really? It’s rigged no wonder it’s not show on regular TV anymore and you have to watch it online- that’s for the birds.

The emmys arent as entertaining and good as it used to be…daytime has really gone downhl!!!

This “startling” revelation would have mattered more if they cared about how important watching the Emmys are to fans. Snatching the show off the air, snatching back Emmys. Well done. Well done.

It seems odd that performers are only eligible as guests in the first season they appear. In the Prime Time Emmy’s these errors are corrected during the voting period. If you get all the way to the awards presentation, win, and receive the Emmy then the performer should not be penalized. Then the Academy has to suck it up because they didn’t catch the error. Clearly, the rules are not clearly stated to the performers if 2 of the nominees, the 2 with the most votes!, both made errors which do not appear to be purposeful… Ugh.. this sucks!

Seems odd. Vernee Watson won as guest performer for GH yet, she has been in a bunch of episodes. How does this differ or how did it not violate the same rules as PD’s win?

READ MORE
Australia's 'Neighbours' First Soap Back In Production During COVID-19; Will Their Blueprint For Safety Be Used By Others To Follow?
Continue Reading