The wait is finally over! This afternoon On-Air On-Soaps received official confirmation and this press release from Days of our Lives, that indeed, Noel Maxam and Greg Meng have been named the new co-executive producers of Days of our Lives, replacing the exiting Gary Tomlin.

Maxam has been with the series in a producer capacity for the last four years and Meng has served as the longtime Executive in Charge of Production for the series for over ten years.  The official release cites that the duo will work together as  team to revitlize and reset the series with some sweeping changes.  Below is the official release:

“Executive Producer Ken Corday is resetting Days of our Lives with the simple yet successful formula of centering the show around romance and the characters fans know and love. “It’s time to make a more positive, romantic, and intriguing show driven by the power of heroic love.  I’m very excited about the new adventure we are about to take which is based on the show that my parents created 45 years ago.”

Days of our Lives initiated a strong direction of change by appointing a new head writing team consisting of Marlene McPherson and Darrell Ray Thomas. The successful writing duo plan to change the direction of the show as they tell contemporary stories based on the solid foundation of the “Days” history of family, romance, and intrigue.  McPherson and Thomas commented, “New fans will find many reasons to stay, and longtime fans will find many reasons to return.” Launching with a grand event in the fall, big surprises will be coming to Salem.

Co-Executive Producer Noel Maxam, who has been a producer on the show for four years, and Co-Executive Producer Greg Meng, who has been Executive in Charge of Production for over ten years,  will work together as a team. “The new writing team has already generated much excitement with the compelling stories they have written, and we plan to translate those stories to the screen with a refreshed look,” commented Greg Meng.

Ken Corday commented, “I am confident these changes will bring back excitement and anticipation to our family of fans as they tune in each day to see what happens.  You won’t want to miss a single episode of the new ‘Days’ ahead!”

Jonathan Jackson's son, Titus to appear as the new Aiden on GH!

All I can say is good luck to the new team of producers and writers; Ken Corday is trying to save the day with bringing in new writers and producers while he let go some of the most talented actresses he has ever had on that show tsk tsk sad but I’m not intrigued by the new move. So all I can do is wish him and his “new days” team good luck.

Adios to DOOL for me personally. I won’t be watching it anymore.

I am upset over a few of the actors leaving but am more excited about some of the returns so it makes up for it and if the writing is better then it will be worth it.

This is great news but I was hoping for something more exciting like who the returning vets are for sure.

Well, shoot. I am saddened to see Gary Tomlin exit. He is a great guy, whom I like very much.

Looks like they are promoting from within so both guys already know the show. I could go for a refreshed look. Cancel ‘purple day’ in wardrobe, and maybe use another color besides blue and purple to dress the sets. Just sayin’

But we still need hot guys and intrigue, so why let Quinn and Viv and Chloe go? Bo is looking old. Yesterday on the show in bed he had a shirt on. Thankfully, but what does that tell you. The sexy quotient will go down big time when Bren leaves town.

And if you’re keeping Kate, what is she going to do? Who is she going to play with? Viv would be the perfect foil. Plus, the storyline is already going. I’m not interested in all this new stuff. Finally a storyline with muscle and they let it go. Stupid!

Lucas and John is all the muscle we need,so happy they are coming back 🙂

I applaud Ken Corday on his decision to revamp the show. We have seen what is possible with ABC, so he is being proactive. Soaps are about family and the people and things that circle it. I gave up on DAYS a while back, because I felt it was too out there. But, there is great history with the Hortons, Bradys, Lexie & Abe & Victor K. and his clan. Good luck to DAYS & GH!

Instead of firing the most talented actress in the industry, Ken Corday should have given the new writers a chance to beef of Crystal Chappell’s story line, she is connected to one of the old-time family favorites- The Brady’s for pete sake! What better triangle for Bo and Hope? You get rid of Nathan, only to bring him back…? It’s almost like they can’t make up there mind… BAD MOVE Mr. Corday… I will not be watching anymore.
TOOTLES!

Ken Corday should watch old clips of General Hospital see how sexy and hot Matthew Ashford was as Tom Hardy and he is devious and charming he was never goofy or dumb. We need real writers who can write for complex for Jack and give him better storyline than pimping Mr and Mrs Goody Too Shoes Jennifer and Daniel pathetic losers on the show. We want see more Jack less Jennifer and Daniel. Give Jack new love interest and interact with real adults not teenagers like Jennifer and Abby who think they are so perfect. 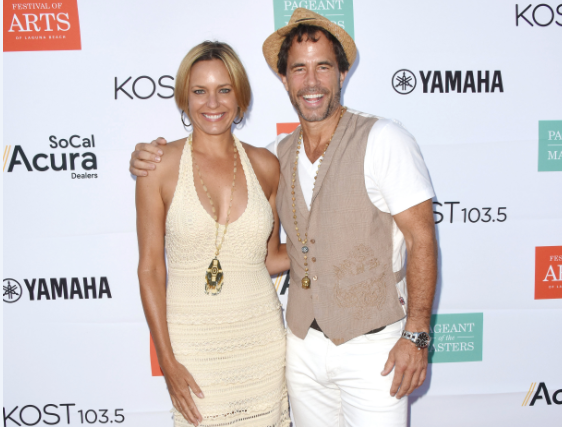