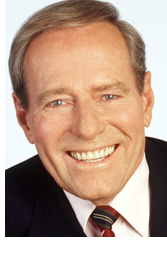 ABC released this official statement and press release on the passing of “OLTL”‘s” Asa Buchanan, Phil Carey.  We share with you, our “On-Air On-Soaps” audience, its contents which includes quotes from long time cast mates, Erika Slezak and Robert Woods.

Phil Carey, best known for the role of Asa Buchanan on ABC Daytime’s ONE LIFE TO LIVE, passed away at his home in New York City on Friday, February 6, following a courageous battle with lung cancer. He is survived by his beloved wife, Colleen, and their two children, Shannon and Sean, and his three children Lisa, Linda and Jeff from a previous marriage.

Mr. Carey originated the role of ONE LIFE TO LIVE’s formidable business tycoon, Asa Buchanan, in 1980. He was born Eugene Joseph Carey on July 15, 1925 in Hackensack, NJ and raised in the suburban Long Island towns of Rosedale and Malverne. Diagnosed with lung cancer in 2006, he took medical leave from the show to undergo treatment, but returned to the role later that year.

On ONE LIFE TO LIVE, the character of Asa Buchanan died in his sleep on August 16, 2007. The life of Buchanan family patriarch was celebrated on the show’s 10,000th episode on August 17, 2007. Mr. Carey made three subsequent appearances on the show, and was last seen when Asa read an addendum to his will on December 29, 2008.

“In a week where we said goodbye to Clint Ritchie (ex-Clint Buchanan), the overwhelming news of Phil Carey’s death was truly a profound loss to the ONE LIFE TO LIVE family,” said Executive Producer Frank Valentini. “His presence will always be a part of ONE LIFE TO LIVE. The best way to describe Phil was bigger than life. Like Asa, he possessed an undeniable quality that drew you to him, whether he was amusing you with a story or he was just plain ornery. We can only imagine that he and Clint Ritchie are sitting back and having a drink together. Our thoughts and prayers go out to his wife, Colleen, and his five children.”

“I was incredibly fond of Phil Carey,” said ONE LIFE TO LIVE cast member Erika Slezak. “I loved that man very much. He was larger than life, like his character of Asa. He was a central figure on the show and to everyone at ‘One Life to Live.’ When Phil was in the building, you knew it. He will be sorely missed. I was so honored to have the privilege to work with him one final time for our 40th Anniversary show.”

Mr. Carey was very proud of his service as a U.S. Marine Corporal in World War II and the Korean War. One of the survivors on the U.S.S. Franklin, he was honored with the Asiatic Pacific 9 Stars World War II victory medal after he was wounded in the attack that cost the lives of hundreds of his crewmates and made the Franklin the most heavily damaged carrier to survive the war.

Mr. Carey harbored dreams of being an actor all his life. He studied drama at the University of Miami, but it was back on Long Island where he got his break. During a summer stock production of “Over 21,” a representative of Warner Bros. spotted him and asked him to take the screen test that launched his film career. His first feature film, Operation Pacific, starred John Wayne and led to a long-term contract with Warner Bros. During his time at Warner’s and later at Columbia Pictures, Mr. Carey starred with some of Hollywood’s legendary actors, including Gary Cooper in Springfield Rifle, Henry Fonda in Mister Roberts, Peter Fonda in Fighting Mad and Tyrone Power in The Long Gray Line. In addition he starred with Fred MacMurray and Kim Novak in Pushover, the first film in which Miss Novak appeared as the leading lady.

Mr. Carey starred in a number of primetime television series such as PHILIP MARLOW, BENGAL LANCERS, LAREDO and THE UNTAMED WORLD, and guest-starred on ALL IN THE FAMILY, LITTLE HOUSE ON THE PRAIRIE, POLICE WOMAN, THE BIONIC WOMAN and GUNSMOKE. Additionally he toured in such stage plays as Arthur Miller’s “All My Sons” and “Cyrano de Bergerac.”

Mr. Carey experienced the world doing what he loved most. His family fondly remembers his countless entertaining stories from exotic locations. One of his favorite anecdotes came after the filming of the television series LAREDO, when he portrayed Granny Goose in the surprisingly popular series of commercials for Granny Goose Potato Chips. In addition he was an avid golfer, and often played with Dean Martin at the Riviera Country Club in Los Angeles. Looking back on Phil Carey’s time with Robert S. Woods and Clint Ritchie on ONE LIFE TO LIVE, they undeniably were the Rat Pack of the soap opera world.

Rachel and Hank Gannon back to "OLTL"!