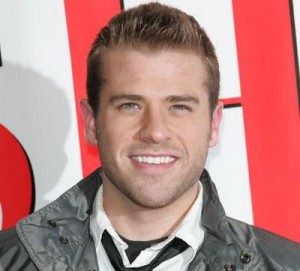 Inspired by the book Satan’s Sisters written by former The View co-host Star Jones, the series chronicles the daily fireworks that erupt between the five female co-hosts of fictitious long-running talk show entitled “The Lunch Hour. ”On screen, they are best friends with five very different points of view, but behind the scenes, they inhabit a world of power struggles, cat fights and cocktails.

Scott Evans will play Julian, a celebrity sober coach helping to keep one of the ladies on track.   The cast features Vanessa Williams (Ugly Betty), and Tichina Arnold (Survivor’s Remorse, Ryan’s Hope, All My Children).

Upcoming recurring roles or guest stars including Evans will include: Patti LaBelle, Kelly Osbourne, and Tasha Smith.  As well as Kirsten Johnson and Norm Lewis.  In addition, Janet Mock, will play herself.

The new scripted hour long drama series will get a major push from VH-1.  No premiere date has been set.

So, glas to see Scott Evans in a new drama series?  Comment below!

Days of our Lives Celebrates Its 51st Anniversary Today!

I wish Scott would be hired to play either on B&B, Days, GH or Y&R…I liked him on OLTL.

Just like Scott (ATWT Fan) I also wasn’t a OLTL fan but I watched when Scott was on.

I really wish daytime would’ve stayed on Scott’s trail, because he is a fantastic actor. I was not a fan of OLTL, but I did watch when he was on, and he was fantastic!

Congratulations to Scott. While this doesn’t sound like a show that would interest me, I am sure he will do a great job. Scott was terrific on One Life to Live.