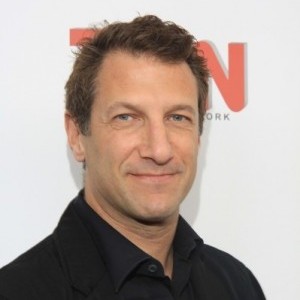 In a very interesting item coming out of the ABC Upfronts today is that the former head of Prospect Park, now CEO of The Firm, Jeff Kwatinetz, the man who revived One Life to Live and All My Children for one season online is one of the executive producers on ABC’s new drama, Notorious.

Add that to the fact that Kwatinetz has been involved for some time in a lawsuit with the network over the drama surrounding the reboot of One Life to Live, and the use of those branded characters on General Hospital make this all the more noteworthy.  Notorious is debuting this fall and is inspired by the true-life stories of famed criminal defense attorney Mark Geragos and cable news producer Wendy Walker, who serve as executive producers.

In addition, Notorius has been put in a very enticing timeslot holding the spot held by Scandal on Thursday night’s at 9PM.  According to Variety: “Scandal will return in its familiar slot later in the year when its series star, Kerry Washington is ready to resume production following the birth of her child.  The fall scheduling amounts to a big vote of confidence in Notorious  as it will benefit from the lead-in from a resurgent Grey’s Anatomy.”

I hope the people he shafted monetarily can garnish his salary from this.

Agreed. Except for the fact that real human beings turned down other jobs while waiting and waiting for PP to announce when they were going back to work, then lost their jobs when both online shows were cancelled, and were/are still owed money from PP under their now-worthless contracts, I have no reason to remember that there ever was an online version of either show.

How and why can they work together if there is a lawsuit pending?

It’s for the network..

As Trump. Most all is demolished candidates are now supporting him..

I wasn’t talking personally, I was asking professionally. I thought you could not work with “company A” if you were with “company B” and the companies were embroiled in a lawsuit. But I guess, legally, there isn’t a conflict.

This makes absolutely no sense to me. What is this; a day to release news stories that boggle my mind? How can he work on something with ABC when they are in a tussle over PP’s role in the OLTL and AMC revivals? Did they settle this matter and I didn’t see anything on it? Can someone please explain? Thanks.

Oh, and, NO, I have no intention of watching the new show.

Agreed. How you hire the person who is suing you is beyond me. As grateful as I was for the reboot of OLTL and AMC, I don’t think they did it very well. The writing was really messy, and the swearing and sex was over the top for me, meant more to provoke than advance plot or character. So I have no faith this will be a good show. The premise certainly doesn’t interest me. And they cancelled Nashville and Castle to make room for this? A head scratcher indeed.

The lawsuit is between companies – Prospect Park & ABC. If you notice, this new series is made by Sony & ABC, & produced by at least 5 different people, of whom Jeff K. is just one. Production companies often pool their money together to create one project. So, if there were several projects Jeff K. was developing, and some of them got the green light from ABC, he’s not going to pull out of one project just because another one ends up in a lawsuit. This is how he makes a living. He can’t stop producing just because he… Read more »

Now that makes sense to me. Thanks.

So, what is the status of the lawsuit over One Life to Live? That’s the only thing I want to know.

I don’t watch much TV anymore and this is one of the reasons why.

Mark 2016 as the year of the absurd. There is so much going on that makes no sense. I could care less about the premise of this new series, and even less for PP. Except that they so bungled OLTL and AMC reboot, and along with ABC, have totally screwed the fans, actors, etc. of these shows. And it’s still ongoing. It’s ironic the series is about the law, albeit criminal, while PP and ABC are in the middle of a law suit making lawyers richer.

Tune out! We dont matter! If there is money involved these snakes will slither with anyone!

So ABC cancels Castle, Nashville and does not renew The Family, which, by far, has been the BEST show that ABC has had on in a long time for this nonsense dribble…..I hope the new in charge of network doesn’t get to comfortable in her job, doesn’t seem like she’ll be around long to enjoy it…sad that the faithful viewers are the ones getting shafted in all this Merry Go Round crap…..also, not sure why they keep renewing Shonda’s Thursday night shows, Scandal, Grey’s Anat and How to get Away, plus The Catch or Thief, whatever it’s called…they all pretty… Read more »

So do the people who they own $$ to from Amc & OLTL get their $$ if when this show makes it .They should .