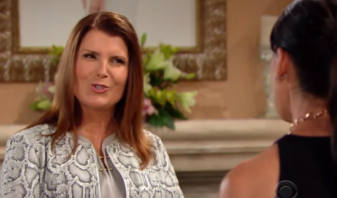 Finally, some good news for the recent doldrums in the summer of 2017 daytime drama ratings for the week of July 3rd through the 7th.

CBS Daytime’s one-two combo of The Young and the Restless and The Bold and the Beautiful finally gained back a good chunk of weekly viewership adding +211,000 and + 157,000 total viewers, respectively.  While both shows are still off the pace of this same time last year, perhaps “The Summer of Sheila” soaps hottest current storyline on B&B will keep things sizzling upward for the sister soaps through the dog days of August into the fall.  Both Y&R and B&B also showed gains in the key womens 18-49 and 18-34 demo. 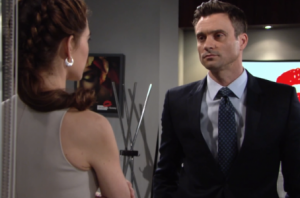 Over at General Hospital, the series did gain in total viewers also for the week at +21,000 , and made some small gains in the 18-34 demo.  GH, as the other soaps previously mentioned, are off the pace of last year at this time.

As for NBC’s Days of our Lives, looks like we only have a few weeks left in the ratings of shows not written by new head writer Ron Carlivati.  His episodes begin to air this week on July 19th.  DAYS came in -12,000 for the week in their total viewer tally, but stayed on pace to where they were last year at this time.  The soap did gain some viewers in the 18-34 demo.

So, time to be our Soap Opera Armchair Programming Quarterback: Which soap is working right now and is the must-see show of the summer for you?  Which soap isn’t?  What improvements or changes would you make to your favorite soap to being in more viewers on a consistent basis?  Share your thoughts in the comment section below!

Related Topics:abccbsDays of our LivesGeneral HospitalnbcNeilsen RatingsRatings Wk of July 3-7 2017The Bold and the BeautifulThe Young and the Restless
Up Next

William deVry On His Status With GH: "I Just Can't Comment Now. Thanks For The Love. Always The Love."