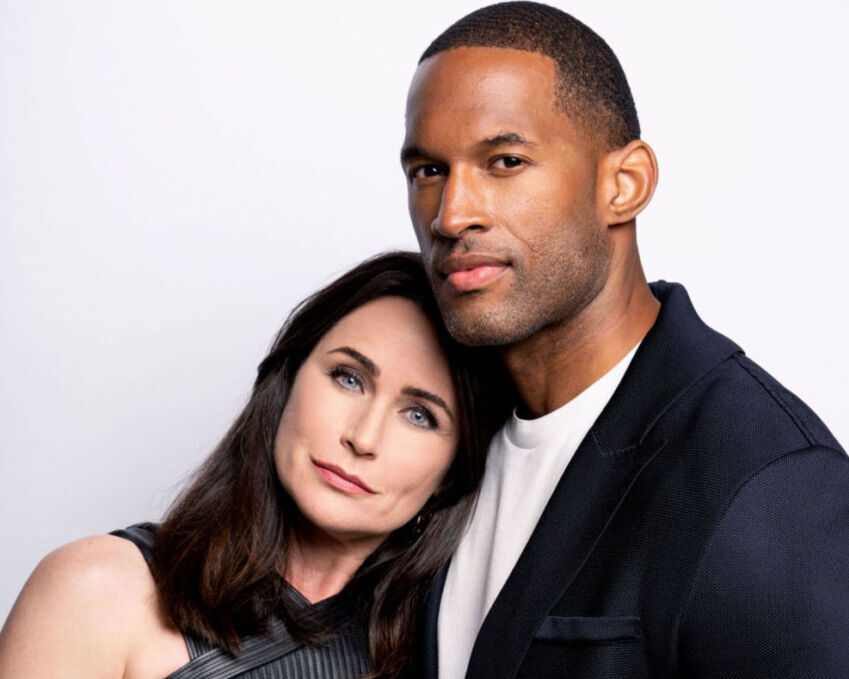 This week saw the final airshow of Rena Sofer as Quinn on CBS’ The Bold and the Beautiful.  Sofer made the decision to depart the series after 9 years after she found out that she would be put on recurring status, plus wanting to pursue other interests including her ceramics business, and show biz career opportunities.

As B&B viewers know, Rena’s final storyline was with Lawrence Saint-Victor (Carter) and together they became very popular as the couple known as #quarter.  Sofer took to her Instagram to share a piece of pottery she made for him, that was inspired by Lawrence and their on-screen relationship, and the time she treasured working with him.

In her videotaped message, Rena shared: “When we started our storyline together, one of the things I said to him (Saint-Victor) is ‘you’re a leading man.'”

Sofer added, “I am so proud of him and so proud of the work we did together. I am so proud of the couple that we created for all of you to share.  I am so proud to have been able to work with him …  someone as talented, and as gorgeous, and kind as he is.  Everybody needs to understand, the reason Carter is as sweet and wonderful as he is, is because it comes from Lawrence Saint-Victor – that is who he is.”

Accompanying Sofer’s video post was this written dedication to her co-star:  “This post is dedicated to Lawrence Saint-Victor and all the #quarter fans!! Thank you all so much for all your love and support! Not just for the last 2 years that #quarter became a thing but for my whole 9 years playing Quinn!! I love you all so much and THANK YOU so much for all your support!!! Next year I plan to be rooting Lawrence on as he wins his much deserved Emmy for his amazing work as Carter. Until then I am going to enjoy my last year with my baby girl at home, my renewed relationship with the #LOML and my ceramics empire!!! Not to mention my acting career which will hopefully never stop! Keep watching The Bold and the Beautiful and keep rooting for my boys!! John McCook and Lawrence Saint-Victor  I LOVE YOU ❤️💕😘 AND TO ALL MY FANS!!!!”

Saint-Victor responded by writing: “Words can’t describe how deeply moved I am. Thank you so much for the wonderful gift. Which I believe is a physical manifestation of not just Carter and Quinn, but the bond we’ve formed. Quarter worked so well, because we knew we had each other’s backs. Anytime I felt frustrated or uncomfortable, all I had to do was look into your eyes before they called action, and there it was… endless support and safety. It has been an absolute honor working with you, I cherish every single moment we’ve had. I love you Rena ❤️”

Then let us know, will you miss the love story of Carter and Quinn on B&B? Share your thoughts via the comment section below.

I’m curious why he could not write story for them anymore Brad but he can write two grown women spray painting each other over a grown man that is not adult enough to make a decision . I guarantee you Carter will be back burned because why would they recast Rena if he says he has no story ideas that’s just insulting to the audience so yes it’s off my DVR again.

Brad should retire!!! There are a couple of things he could have done with Quinn.
1. Have a Quinn/Carter/Paris triangle by turning Paris into a bad girl. I could’ve sent Paris using the fact that she could give Carter the family that he’s dreamed of and Quinn can’t.
2. Even if Quinn and Carter were together, you know Eic choosing Donna over her would really make her mad so she tries to sabotage their relationship which would cause conflict with Carter.

The story was too much Quinn.

What a loss for B&B. Why would they want to put one of their most dynamic and interesting performers on recurring status? Best of luck to Rena Sofer, and Lawrence Saint-Victor has sizzled since he was on “Guiding Light.” It was great to see him get his due.

Didn’t realize that Rena’s last episode was the romantic flirty dinner she and Carter enjoyed. Is B and B attempting to recast the character? Wyatt is no where these days, and Flo and Shanna seem to be completely off-canvas. I just hope that Carter goes nowhere near Paris again. Maybe he finds his way to wherever Maya is with Lizzie…

I will miss Quinn and Carter. I guess it’s not surprising that they have a romantic dinner and disappear. Why not, have them go into the office when Eric and Ridge are there and say they are leaving to grow Quinn’s jewelry business. Quinn could have a final scene with Eric thanking him for being generous and quick with their divorce including granting her all rights to the jewelry line and have a last touching moment. Why would that have been so difficult? 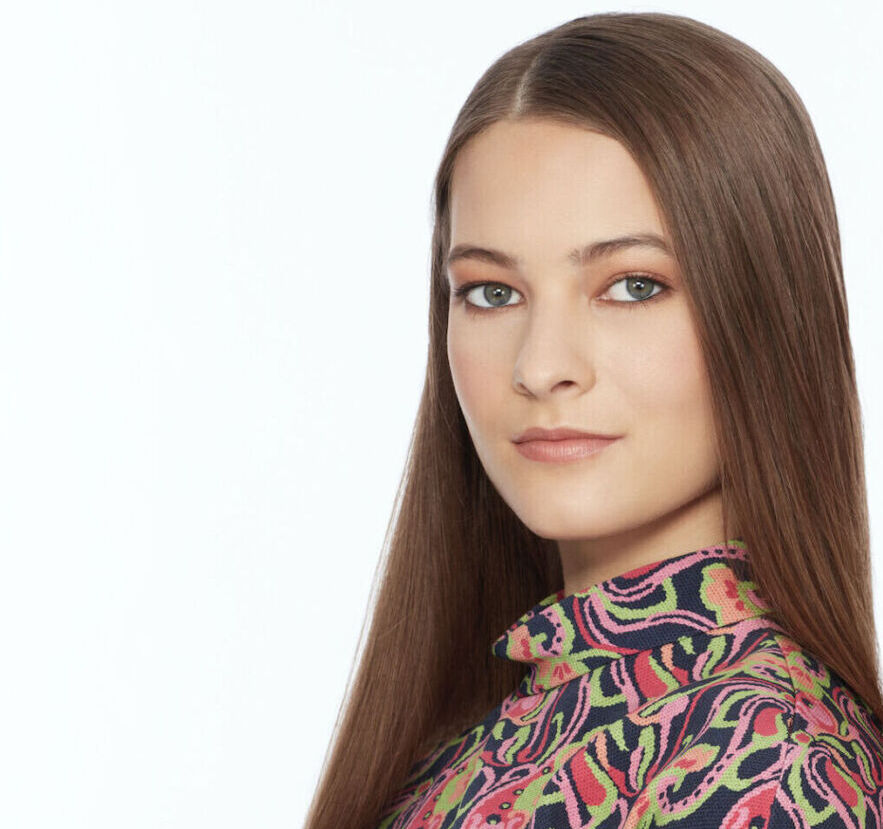 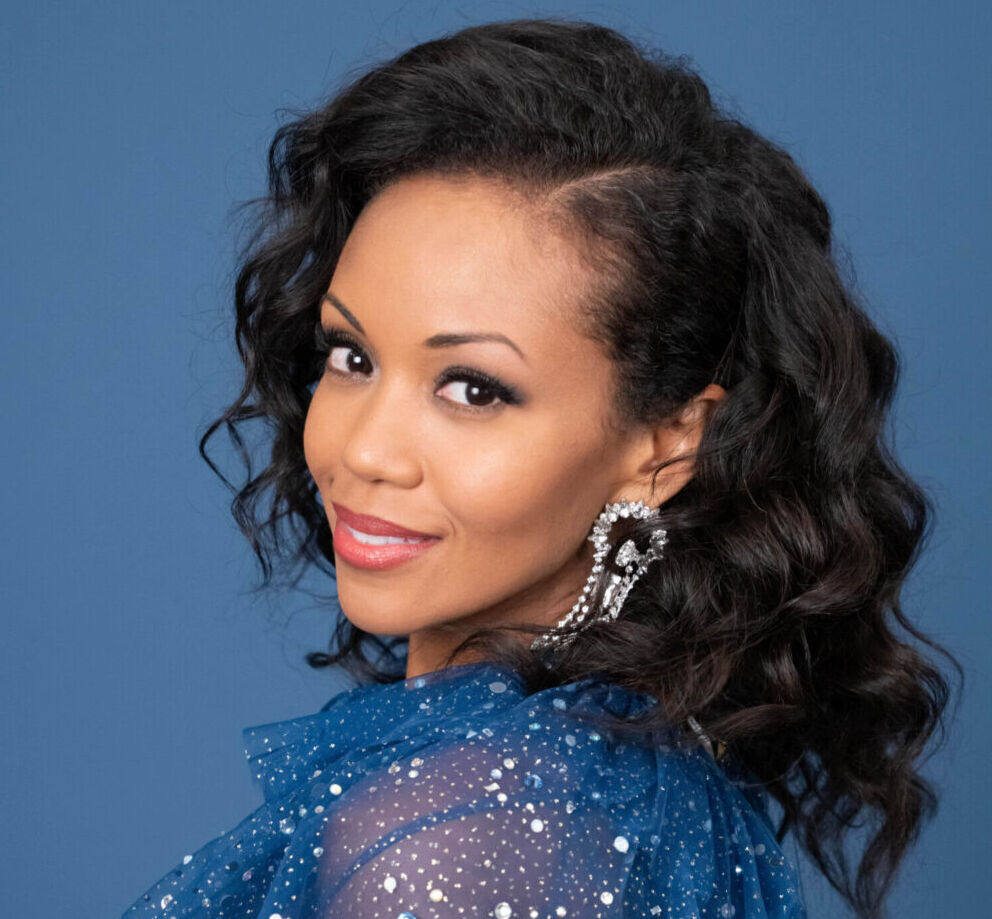 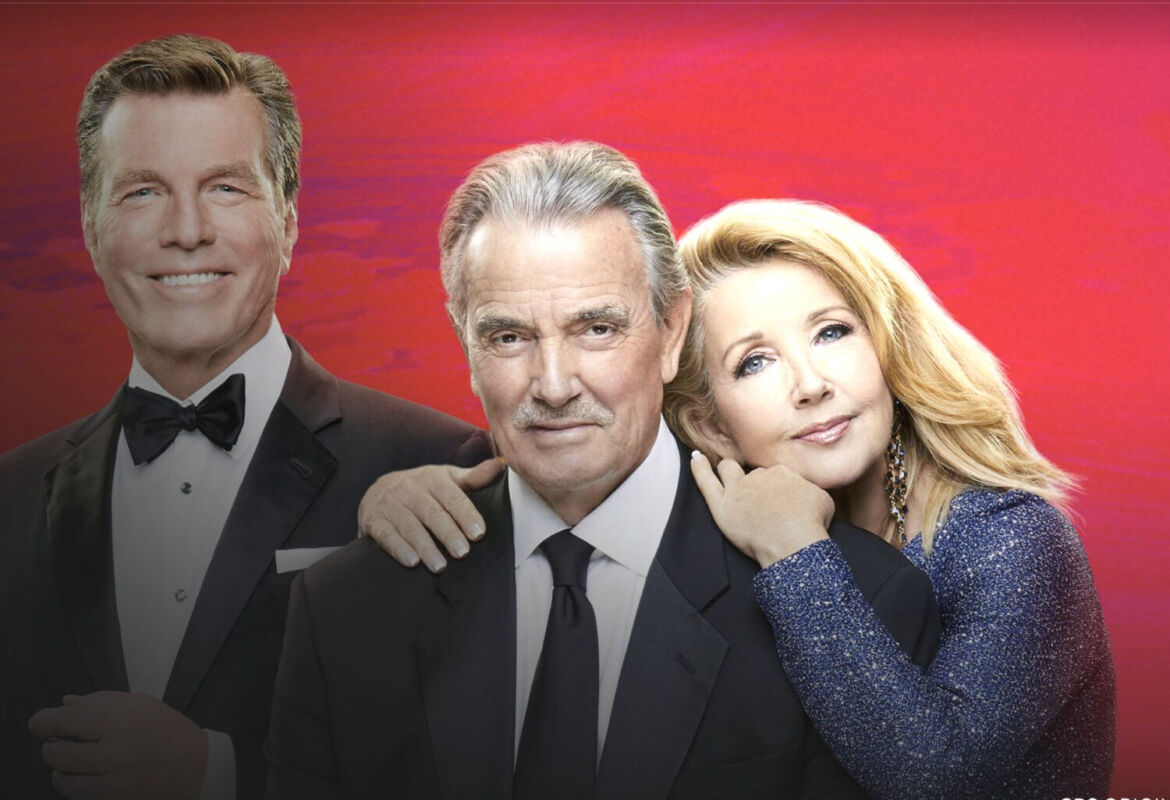 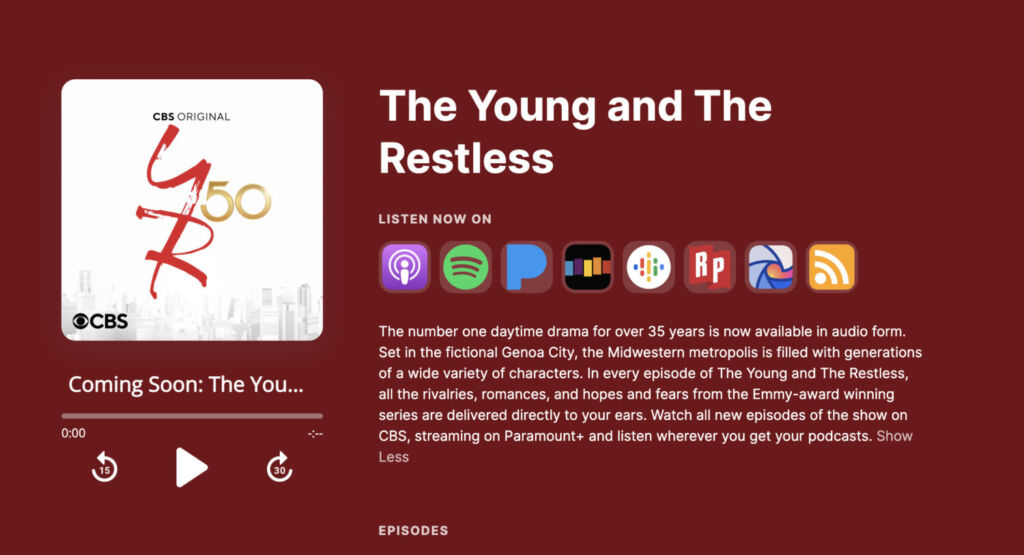