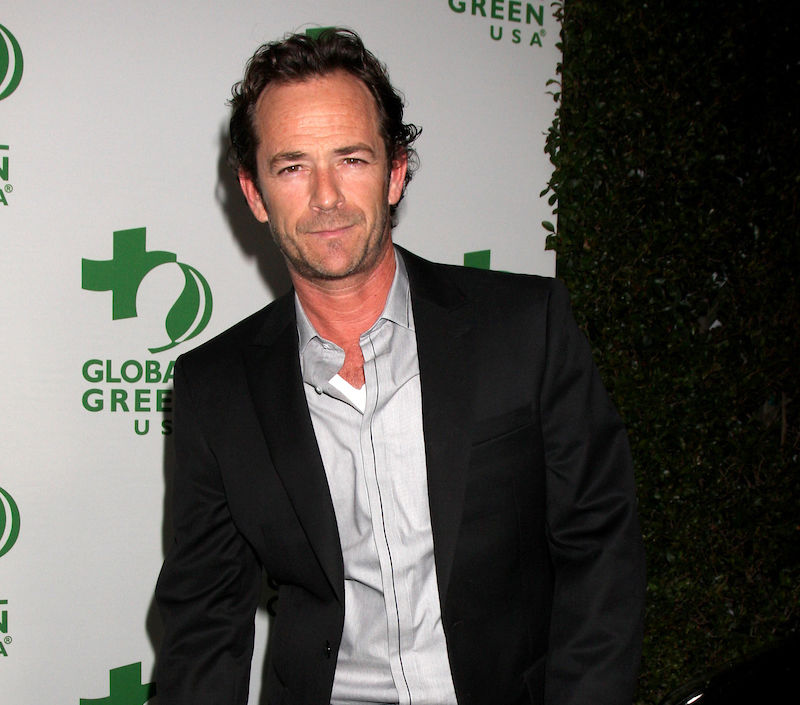 On the same day that that Fox announced the six-episode Beverly Hills 90210 reunion series, one of its main actors (although he had not signed on to the revival as of now) Luke Perry. suffered a stroke.

The 52-year-old actor who has been appearing on CW’s Riverdale  as Archie’s dad was transported to a nearby hospital after police responded to a call at his home in Sherman Oaks, California, on Wednesday.

According to TMZ on Wednesday: “Paramedics responded to Luke’s home in Sherman Oaks around 9:40 AM. We know the call came into the fire department for someone suffering a stroke, and Luke was transported to a nearby hospital. It’s unclear what his condition is right now.”

Perry’s reps confirmed to Variety that Perry is currently under observation at the hospital.

The ‘90210’ reunion series cast that has been previously announced included thus far: Jason Priestley, Jennie Garth, Ian Ziering, Gabrielle Carteris, Brian Austin Green, and Tori Spelling.   Perry had played the role of Dylan McKay on the series, and had started his soap career on ABC’s Loving.

We will keep you posted as developments warrant.  In the meantime, keep Luke in your thoughts and prayers.  Share your thoughts on Luke’s medical condition and the ‘90210’ revival series via the comment section below.

‘Soap’ and ‘Who’s The Boss?’ Star Katherine Helmond Dead At 89

blessing and speedy recovery to him.

I’m not familiar with Luke Perry, know nothing of him..
I wish him a quick recovery and a long life..

I never watched Luke’s past series, but have recently caught up with him on Hallmark channel and other “smaller” series. I really like him, and want to wish him a speedy recovery. If there is any good thing to his story, it is that networks are bringing out their doctors to talk about heart problems, and to emphasize it can happen to younger people. So get your yearly checkups. ((:

Praying for a speedy recovery for Luke…