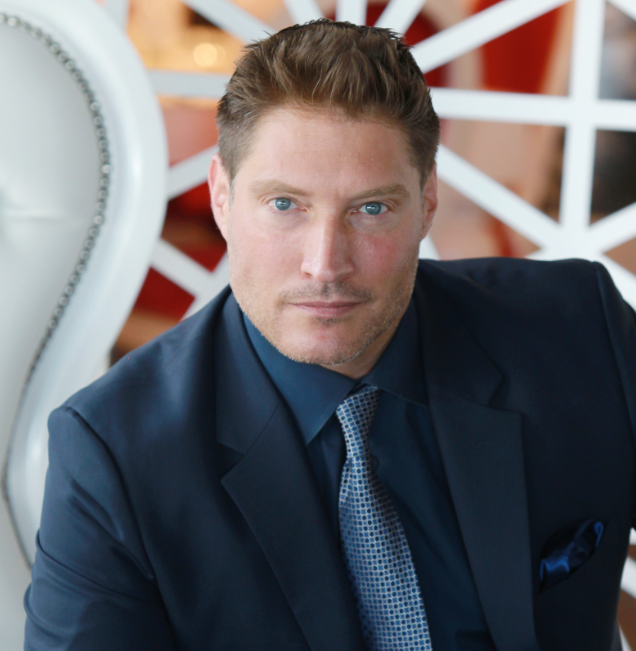 Soap fans have yet another new digital drama series to check out featuring some daytime notables upon the arrival on Friday of Sean Kanan’s (Ex-GH, EX-B&B) latest creative endeavor, Studio City on Amazon Prime.

The series follows the journeys of Sam Stevens (Kanan) and the cast of fictional show-within-a show, Hearts on Fire, America’s #2 daytime drama. In it, the characters navigate their own messy personal lives while working it the parallel universe of soap operas.

Each episode gives fans a double dose of storyline by weaving in clips from the fictional Soap within-the-show.  Studio City illustrates how life often imitates art especially in the world of daytime.  Kanan had noted that he wanted to create a project that reflected his deep affection for the enormous talent behind soap operas continued success and longevity.”

Veteran producer and director Timothy Woodward Jr. is the showrunner for the series, along with longtime producing partner Zeb Huling and producers Michele Kanan and Leah Aldarondo.  As it turns out, Woodward and Huling are die-hard soap fans.  The series is written by Sean and Michele Kanan, Lauren de Normandie, Woodward, Jr., and Jason Antognoli.

So, intrigued to see some of your favorite soap stars in Studio City? If you catch it on Amazon Prime let us know your review via the comment section below.  We will have more on Studio City in the days to come at MFTV.

Kassie DePaiva Pens Love Letter To Fans: “It Has Been My Honor and Pleasure To Work On Days of our Lives Over the Last Five Years”

Sounds interesting. Too bad it’s on a pay platform.

Well good for him. I’d still like to see him return as AJ Quartermaine on GH and get even with Sonny for murdering him!

I found the pilot Episode 1 today. Does anyone know how often episodes will be released? Looks like a fun show. Great cast.

I have Amazon Prime – cannot find this. Search for “Studio City” returns 650+ hits, but none current.

Looks like this is only available in the US. Not in Canada.