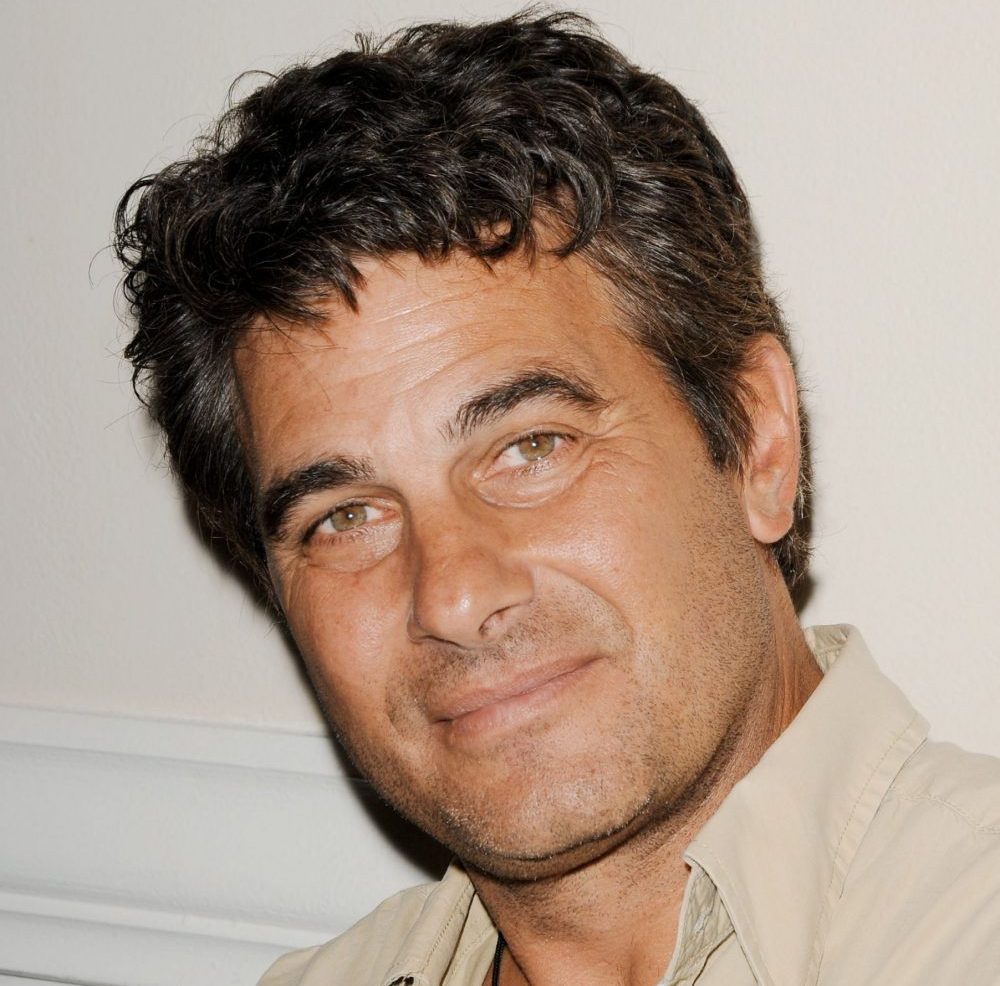 News from actor Richard Steinmetz himself this week, has the multi-soap alum set to spend some time in Salem on Days of our Lives.

Steinmetz who has previously appeared on General Hospital, Loving and Passions, noted on his Facebook page, “Some good news. I landed a role on the soap, Days OF Our Lives. I start shooting tomorrow. It’s a terrific role, not sure if I can say what it is yet , but I’ll keep you posted. And when the episodes start airing. 👌”

Just who Richard will be playing is under wraps, but lets’ remember he has a penchant for playing bad guys! Joe Scully Jr. on GH, not so nice! He also played Martin Fitzgerald on Passions and Jeff Hartman on Loving.

So how will Steinmetz figure into the story canvas at DAYS? Share your theories in the comment section below.

Days continues to keep things fresh! I hope he comes on as a mobster from Avas past and that causes trouble for her and Rafe. Dont like that the writers are favoring Rafe/ Nicole over Ava and Rafe! Rafe needs a soulmate and not to be a filler/ rebound from another popular couple. Everyone knows Nicole and Eric are endgame! I wish Y n r would take note, Days takes risks and fires on all cylinders while ‘ young and restless’ is really the ‘ old and tired’ . Gimme a break. Phyliss behind her empty cheap hotel lobby desk/… Read more »

Sony doesn’t own DAYS, Ken Corday does. Sony is the distributor who does a piss poor job distributing DAYS so as not to compete against Y&R in foreign markets. Sony owns Y&R and and the profits aren’t shared, whereas Sony only gets a share of profits for DAYS distribution.

I really am loving the Ava and Rafe pairing! Very sexy couple… finally someone who peaks Rafe’s interest. He’s very much into Ava… I saw the sparks when she first having scenes with Rafe. I am not in favour of Nicole and Rafe being together. She is still married even though she cheated and slept with Zander. It’s time to bring a new Eric home or dissolve the marriage?

Jeremy
There isn’t anyone she hasn’t cheated and slept with. I hope whether Eric is Greg Vaughn or a new one, he dumps her ass. Poor Allie, with Nicolle and Sammy as her role models, the girl can’t win.

Me too!!! I love them, and I’m really over Nicole!

LOL… I can’t believe ; my luck

in heaven… till we see Mr. Burton, first kiss

this is mind full top shelf

Guest
the other lis

Joe Scully Jr. was a complete waste of time character created by Ron Carlivati at GH. Since we all know how ReRon likes to repeat himself (hence the name ReRon) I’m predicting Steinmetz will be a complete waste of time member of the Vitali crime family when he comes to Salem. Which means he’s probably the father of the dead rapist, Charlie. Who will want revenge on Ava, probably Allie and Tripp… and pretty much anybody in town who his piece of dragonshit son interacted with, as he will blame them all for Charlie being dead. Absent from his revenge… Read more »

He looks like he could have the face of a DiMera…and we all know what that means. He could very easily be one of the bad guys that family has a penchant for spawning.

Tracy Quartermaine was getting IT. she swooned, all her senses alive … this is how good @GH had it with Joe Scully, Jr. could this be Kate dance card ? I still love him

i’m in line for this studmuffin

I’m sticking with my original prediction that he’s Charlie’s dad, but I’ll throw an alternate possibility in, just for the HELL of it: What if he’s a recast of the long lost Peter Blake? Adopted son of Stefano DiMera and biological brother of the soon to be again-departed Kristen Blake DiMera. Given the total failure of most recasts during the ReRon era, I sincerely hope this is NOT the case. Especially with recast EJ already showing up in a couple weeks. Last thing I want to watch is a “battle for control of DiMera industries” made up of a bunch… Read more » 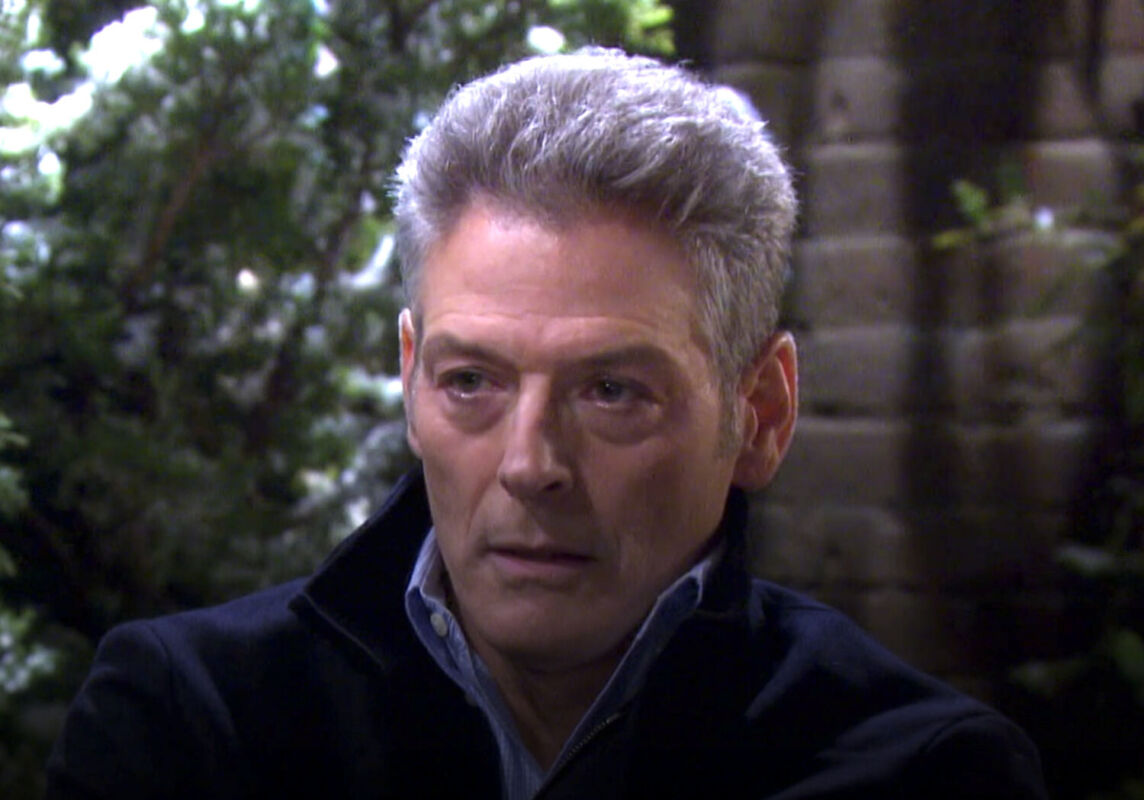 Looks like it’s the end of the line for “Crancy”.  On Thursday’s episode of Days of our Lives, once outside of the Brady Pub, Chloe (Nadia Bjorlin) overhears Craig (Kevin Spirtas) talking to someone on the phone and calling them “sweetheart”.

This confuses Chloe all the more, when Craig just had professed there is no other woman in his life than his wife, Nancy (Patrika Darbo), even though Nancy came back to Salem knowing there is trouble brewing in her marriage.

Chloe is gut-wrenched and starts to cry and asks Craig … if he is gay? Craig owns up to that he is attracted to men, so if that makes him gay, then he’s gay.  He also adds that he loves Nancy very much.

Next, Chloe wants Craig to end things with the guy and Craig refuses, saying that he and the other man share a great connection and chemistry, something that he’s never felt before and … wait for it … that he is in love with him.

A teary-eyed Craig swears he never meant to hurt Nancy.  Next, Nancy comes upon the scene and announces to Craig that they are staying in Salem, while Chloe tells Craig he needs to come clean with her mom.

So, what did you think about the story turn for the character; where Craig is now in love with another man? Share your thoughts in the comment section below.