Sunday, March 23, 2014 will mark the 27th anniversary of The Bold and the Beautiful’s premiere on the CBS Television Network.  This anniversary brings B&B into the top ten list of the longest running scripted dramas broadcast on network television.

“Twenty-seven years on television is a wonderful accomplishment,” said Executive Producer and Head Writer, Bradley Bell. “I work with an amazing ensemble of cast, production crew, writers and staff.  I am grateful to CBS for their long standing commitment to The Bold and the Beautiful and to CBS Daytime executives Angelica McDaniel and Margot Wain for their unwavering support.  None of this would be possible if it were not for our fans whose loyalty and dedication to the show have allowed us to reach this incredible milestone.”

The only daytime drama set in a real, and not fictional location, B&B prides itself on setting the bar by frequently taking production out of the studio and on location. Spring 2014 marked the ninth international remote taken by B&B in the show’s 27 year-history, going to the UAE, Dubai and Abu Dhabi with original cast member Katherine Kelly Lang (Brooke Logan) as well as Don Diamont (Bill Spencer) and Thorsten Kaye (Ridge Forrester). Those episodes are set to air in late May and early June 2014. Previous international locations include Monaco, Puglia, Italy, Cabo San Lucas, Mexico, Sydney, Australia, Portofino, Italy, Venice, Italy, Lake Como, Italy and Barbados. Additionally, B&B has taped in numerous U.S. locations around Southern California, on the U.S. Virgin Island of St. Thomas and multiple times in Aspen, Colorado.

In June 2013, B&B received its eighth Golden Nymph Award at the International TV Audience Awards in the “Telenovela/Soap Opera” category at the Monte Carlo Television Festival.  In 2011, B&B received its third consecutive Emmy award for “Outstanding Daytime Drama Series”.  In 2010, Guinness World Records named The Bold and the Beautiful the Most Popular Daytime Soap Currently on TV.

The Bold and the Beautiful is a Bell-Phillip Television production, broadcast weekdays (1:30-2:00 PM, ET, 12:30-1:00 PM PT) on the CBS Television Network. Since May 2001, it is the first and only daytime drama to simulcast in Spanish utilizing SAP (Secondary Audio Program) technology. Bradley P. Bell is the Executive Producer and Head Writer.

So, what do you think about B&B turning 27, and the accomplishments the soap has had worldwide and domestically?  Let us know!

Hard to believe it has been only 27 years- can’t remember what it was like before B&B! That is more than half my life- yikes! When B&B first appeared I remember not being to thrilled with the 30minute ‘filler’ as it was placed between 2 long standing daytime dramas…(that are no longer on the air). However, the characters of Brooke and Stefanie and oh my Sally Spectra- were so engaging that you simply got pulled in for that 30minutes- and 27 years later- it is all Bill, Wyatt, Quinn and Katie……….Congrats on 27 years!!! Amazing!!! Well Done!

Congratulations to the cast and crew, however the writing on this show is dreadful. It’s a shame that once well-written dramas like All My Children, As the World Turns, Guiding Light, and One Life to Live are gone while a show featuring endless incestuous triangles playing out at breakneck speed is going strong.

So true. It’s really lazy writing and all about given a certain audience what they are use to.

If B&B and I am still alive in 27 more years, I will become a faithful viewer. If Michael Fairman Soaps is still going strong at that point, my username will be B&Bisnotacartoon.

Correction: are, not am.

i hope this soap never ever gets cancelled , i love this one , it’s the best

Congrats B&B. But I doubt they make 28 years with this Kridge crap (Ridge & Katie).

They will make it, Ridge is great on the show. You shouldn’t talk bad

I HAVE BEEN WATCHING B&B SINCE OLTL WENT OFF THE AIR. I HAVE FINALLY FIGURED WHO EVERYONE IS OR WAS & I LOVE IT. LOVE SEEING SOME OF ACTORS FROM SOAPS GONE BY.

Did you know that Kassie DePaiva (Blair/OLTL) is joining Days of our Lives?

The world really loves incest that much???

I guess you can say the Logan slogan is incest is the best!

Its golden years are far behind but the arrival of Thorsten Kaye has brought so much to the show, specially a great amount of class, natural elegance and charm that has been lacking for so long. He has amazing chemistry with Katie. It’s nice to see Stephanie not to be forgotten – she was the Queen of the Forrester family and Flannery the heart of the show – irreplaceable but I hope BB keeps showing flashbacks of Stephanie. And please let Brooke finally mature and become the new matriarch 🙂 P. S. Bring Thomas back as a gay. It’s high… Read more »

I love Thorsten Kaye and agree that he brings class and charm wherever he goes, but his arrival, unfortunately, hasn’t helped the writing any. I’ve also seen what it’s like when he has chemistry with his leading lady, so I’m not feeling it so much here, but to each his own. What I’d really like to see is for Brad Bell to put an end to the constant swapping of partners and the whole, “keep it within the family” mentality and write some stories that slow down and take time to develop without relying solely on triangles and insta-love for… Read more »

I can definitely see why it has made it for 27 years. the superb writing and the excellent cast could not fail. love all the locations bb has taken it’s viewers to. i’m looking forward to many more years of bb. thank you bell.

B&B is fun to watch, beautifully filmed. Only a few little tweaks and it’d be even better. No fashion-based soap should be sans gay characters involved in the rag business. That said, Days right now is the US soap that is the most ground-breaking: No other soap has done a gay SL better than Days. Days is tops there, and no other soap has come close. Y&R easily has the worst gay SLs ever on daytime. I hope Days will be best soap at this year’s Emmys. B&B is good, but there’s room for improvement. Brad Bell is capable, but… Read more » 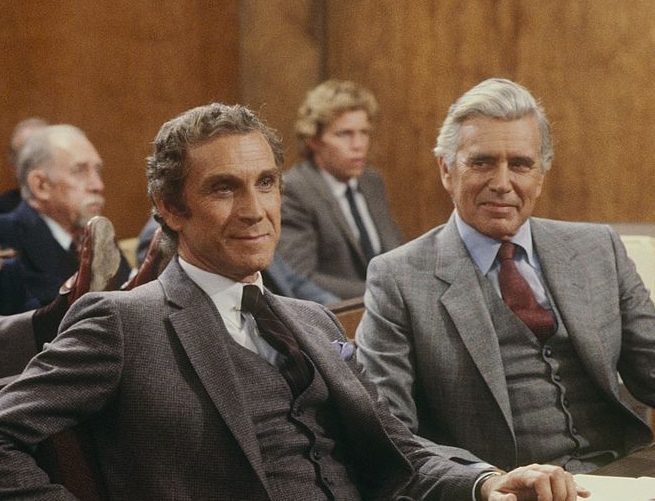