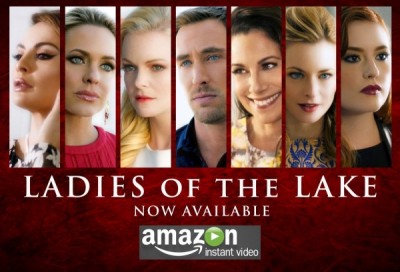 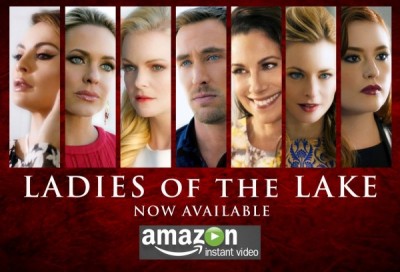 It’s going to be a memorable day for Days of our Lives executive producer, Ken Corday.

As we previously reported, Corday will have his star dedicated this morning on the Hollywood Walk of Fame.  In addition, his novel Ladies of the Lake, made into an online limited series by Michael Caruso and Kyle Lowder (who serve as EP’s of LOTL), bows on Amazon Video!

Michael Caruso spoke with RedCarpetReportTV.com about the central story of LOTL which he described as: “It’s about four women who live in the ultra exclusive gated community of Avalon in Southern California. As the story unfolds the audience discovers that each of these women have a painful past that comes to light, as the women grow closer to each other when a series of “accidents” begin to occur in Avalon.”

Daytime fans were impressed with Caruso’s last outing Winterthorne, and in Ladies of the Lake you can look for the same attention to costumes, locations, look and feel, and a memorable cast.  You can follow the series and its updates via its Twitter account @LOTLSERIES

After you have watched Ladies of the Lake, let us know your thoughts on the production and the story in the comment section below!

I watched and was bored as the acting was just too stiff. I did like the costumes and loved the theme music. If there is a Season 2, I probably won’t watch.

It was enough to make me watch the second episode. Still don’t know what to make of it so that’s that