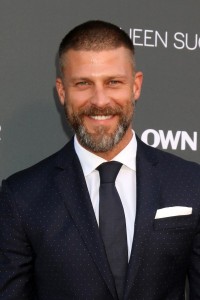 Days of our Lives favorite, Greg Vaughan (Ex-Eric) is also part of the stellar cast.  Vaughan plays Calvin, a cop and longtime lover of Nova (Wesley).  Despite his connection with her, Calvin is already married to somebody else. Other soap notables are also in the series: former DAYS Daytime Emmy winner, True O’Brien (Ex-Paige). and Ex-All My Children ‘s Dondre T Whitfield (Ex-Terrence).

Following the show’s premiere party late last week, Vaughan took to his Instagram account and shared: “It all started from a book by 1 incredible woman to another woman who opened her heart & passed onto the woman for which she created, & I am honored to be apart of … Came a script, then came the writers, in-visionary women directors, a cast with heart & soul, a never say die crew, & now a FAMILY the WHOLE world will hear & be talking about! It’s called, QUEEN SUGAR.”

The L.A. Times on Tuesday printed a review on the premiere episodes noting the following: “On one level, Queen Sugar is a very simple and highly American story: Three estranged siblings are drawn back to their father’s Louisiana sugar cane farm, where they rediscover themselves, their heritage and the lure of the land. But Queen Sugar is also the television debut of  Selma director Ava DuVernay, who adapted it from Natalie Baszile’s novel of the same name and directs the first two hours. DuVernay follows the template but resists the more typical wistfulness in favor of the sensual. Buoyed by a masterful soundtrack and framed by a lush attention to detail, Queen Sugar is as much a sensual experience as it is a story. Though the plot includes a laundry list of standard developments — a secret affair, a family scandal, a recovering addict, the pitfalls of fame, a conniving land developer, an ex-con prone to violence — they are not treated in the standard way.”

So, will you be checking out Vaughn and company on Queen Sugar?  If so, let us know what you thought of the premiere and Greg’s role!

Is Jeff Webber Coming Back To GH? If So, Who Should Play The Part?

I don’t have OWN, but good luck, Greg!

I loved it, Greg butt was ok

Seems like a very hard working professional–glad he is on Sugar Queen–looks like an integral role in a series that has been touted as critically good.

I can’t wait to see this!

Glad to see Greg Vaughn !! Eyecandy as well as a great actor!! Great show so far!

Just saw the first episode. It was actually pretty good. Greg was smooth as ever; just not too big a role (at this point…not sure if he gains in importance.)

Favorite night of the week, Wednesday, why? Queen Sugar @10 on OWN because the beauty of the story has me feeling some kind of way..

He is wonderful in it so far. I hope he gets more screentime with the Bordelon sister, Nova. Great, great show overall, though so I’m not just watching to see him. It is very sensual, beautiful to look at and relatable.

Greg Vaughn is a hot ticket! He and Rutina Wesley look explosive together. When he first appeared on the screen , his whole look (loooove the hair!!!!) was fresh and fashion forward. Terrific actor ! Fits the role ! Hope to see a lot more of him and the two of them in Queen Sugar. Spectacular series!!