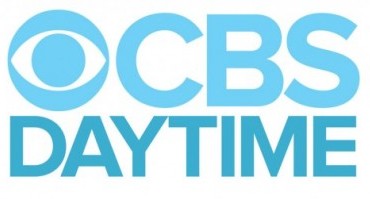 You could be mixing it up on camera with Genoa City’s Newmans or Los Angeles’ Forrester fam!

How so?  CBS Daytime is partnering with television stations affiliated with or owned by CBS and is the throes of conducting a national casting call.  One person will be flown to Hollywood to appear in an episode of either The Young & the Restless or The Bold and the Beautiful!

Each participating station will conduct a live open casting call and submit their finalists to CBS for the national casting call.

The following are a list of confirmed TV stations around the nation that are participating and it kicks-off tomorrow!

Registration opens at 11a

*DANIEL GODDARD WILL BE AT THE EVENT*

Good luck fans and actors! Let us know if you go to the casting call and what happens! What do you think of this cool marketing promotion from CBS Daytime?  Comment below.

Related Topics:CBS DaytimeNational Casting CallThe Bold and the BeautifulThe Young and the Restless
Up Next

This doesn’t give me enough time to. Kinda short notice.

Well, Victor looks like my dad, so I might have a shot at “another, long-lost” son. I’ll have to look on a map to find where Arcola, IL is! You think this event would take place in the REAL Genoa City, Wisconsin!

I would try for Y&R..
hmm ok..
I’d jump on Eric/Victors lap. pull his ears and give him big smooch and call him daddy ahaaaa
luvin to get his reaction..
0ooh and you would not want to see what I’d do to Sam, it wouldn’t be perty LOL .. RIP.
And!
I’d request a hot sexy on the bed with a naked Jason T/Billy and Patrick/Valentin sex scene HEH!
(go big or go home!)

OK- I’d like to have lunch and convo with everyone so they could tell me their deepest secrets, and perhaps pass a joint..

And– I would wave to y’all from the screen while wearing a big smile..

Please send me to Y&R, thank you !

oooops- not to confuse anyone I should have mentioned;
Patrick/Valentin as a crossover..

Y and r watched from day one the pas 2 years awful can’t even watch Michael was best Adam he is important character on show they got Justin now he is doing other stuff no storyline but boring jail story. Writers are awful.

WOW!!! This is an amazing marketing plan! I would do almost anything to be part of an episode of Y & R! I started watching this soap when I was a little girl living with my grandmother. We never missed an episode. I watched through my teenage years and remember running home so I would not miss it! As a wife, mother, and working woman I joined a coffee club in order to watch, keep up with, and to discuss the program weekly. Oh my goodness! I guess you could say I have become addicted! Now, semi-retired the Y & R is still part of my daily ritual. Today, with the modern invention of taping my shows, I thoroughly enjoy them in my time. The most amazing thing is that my husband, once irritated by soaps, is now a loyal fan and together we enjoy Y & R. FANTASTIC story lines, great actors/actresses, and bravo to using some very important life lessons (alcoholism, drugs, sexuality, and disabilities (Hope being blind.) I would love to see more life issues being brought forward. The sex and romance is great but you get tired of it after a while. Some marriages do work! We celebrated 45 years in July! Today, modern day to day life stories, should be brought to light and portrayed.
“Yes”, I would love to be at a casting call but they are all out of my available destination. Good marketing! Get more creative with life issues! Only if I could talk to the writing team! WOW!!!