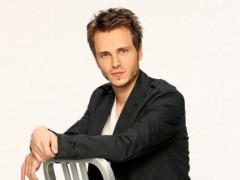 So while daytime soaps have been shown the front door, looks like the nighttime version of the genre is having somewhat of a re-birth! With Revenge already a bona fide hit, and TNT’s Dallas remake on the way this summer, Deadline.com got the skinny on the previously announced ABC soap pilots, and which ones might make it into the fall line-up.

Deadline.com revealed, “Of the slew of soap pilots ordered by ABC,  Nashville and Marc Cherry’s Devious Maids  are hot, and there’s buzz that straight-to-series Mistresses might be headed for fall. Americana and the period Gilded Lilys  also are solid, though Americana doesn’t appear as slam-dunk as it once did; Penoza has been getting mostly good feedback with some mixed reaction too, while buzz on Scruples has been mixed!”

For daytime fans, the Nashville project has four-time Daytime Emmy winner, and General Hospital favorite, Jonathan Jackson (Ex-Lucky) attached to it, while Devious Maids has a role for All My Children’s legendary Susan Lucci attached to it!

Americana, which seems to us like it’s using the premise of B&B and tweaking it for the primetime audience has Twilight’s Ashley Greene and Lost’s Emile de Ravin, plus Without a Trace star, Anthony LaPaglia and Brothers & Sisters, Ken Olin signed on to it!  Gilded Lily’s offers Torchwood’s John Barrowman and Blythe Danner as some of its headliners.

So which show sounds intriguing? Which would you like to see head to primetime, which can often lead to some more of your daytime favorites landing roles?  Let us know!

REVENGE: Should Emily End Up With Jack or Daniel? And the Top Ten Emily Tactics for Revenge Explained!

None of them! I will only watch General Hospital on ABC. They should make OLTL a prime time soap! Then maybe I watch that channel. Love and miss OLTL!

After the imbecilic miscalculation of canceling OLTL, I don’t care either.

I don’t need this crap at night! There’s enough to watch! I need OLTL during the day when I’m relaxing & need some fantasy! Stupid ABC!

Mary – hahaha! 😀 I agree! It’s nice they have soap stars on those shows, but I only watch GH and dancing with the stars and Castle… and you know the only reason I watch Castle is because of OLTL alumni on that

but if they had OLTL as a primetime show, I’d be there for each episode… I don’t know that I could take it a week in between shows tho! te he he

And where to do you want NBC to put OLTL? You want them to cancel Days to put OLTL? Because that’s pretty much the only slot OLTL could land on NBC. All the other slots either belongs to Today or the affiliates. Affliates will never give back an hour to the network. And Today is NBC’s highest-rated show so you can forget about taking off an hour of Today to put OLTL.

Besides the actors have moved on and probably wouldn’t accept to return to OLTL even if there was an opportunity.

Now that Matt Lauer is itching for Days timeslot for his talkshow, who knows how long it will last?

Seriously, not one of them and I dont care who is in these shows the boycott for me continues,I hope abc/disney sinks so low that disney feels the need to abandon ship,If the rat channel never canceled all my children and one life to live and play head games with general hospital (which they still are) It might be another story and I would be watching a few of these prime time soaps (The soaps abc/disney says no one is watching anymore)So as far as gcb,americana,nashville,devious maids,ETC,ETC,ETC,abc has me for general hospital hope the rest of these shows fail miserably , they wont last no 50 years thats for sure,you can put your money in the bank on that one.Thank god Dallas is on tnt,because that show I will be watching ,See ,there are soaps on other networks that we can watch other then abc/disney,the mouse network that killed one life to live and all my children and still playing games with general hospital.

We are rooting for Gilded Lilys. The British show Downton Abbey is amazing and a huge succes. So why should the US not have their own period drama? And with the BBC just cancelling Upstairs/Downstairs because of their money problems, there definitely aren’t enough period pieces around.

I will NOT watch any of these ABC primetime soaps. The network is trying to appease the soap fans by putting former daytime soap stars on these new primetime shows. It’s a feeble attempt by ABC/Disney to keep all eyeballs on their channel. Like putting these actors in primetime will get us to stop boycotting the network. NOT! I will continue to watch only GH which is truly getting exciting right now. I can’t wait for the next episode. That’s how good it’s getting. For me, it has surpassed Y & R in content, pace and overall entertainment factor. It’s anything but boring.

I just left tv media insights and they are saying that abc/disney has purchased a hispanic news channel that will be in english 24/7, What the hell is that all about? THey get rid of 2 soaps that have been on for over 40 years stabbing the soap fans in the back and they get together with univision and once again insult this fan,Seems they have the money to buy a trashy news network but refuse to save soap net, I dont get it. What the hell has happened to mickey mouse? We have enough kids and news channels.