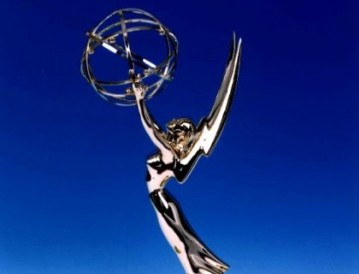 And away we go! Daytime Emmy time has begun with an official announcement today from The National Academy of Television Arts & Sciences (NATAS) with some key information!

“After last year’s overwhelming response, it is with great excitement and pride that we announce, today, the opening for submissions in all Daytime Emmy Award genres,” said Bob Mauro, President, NATAS. “Having raised the Daytime franchise to compete with the other premier awards shows on television, we are anticipating a record year for entries and look forward to another outstanding celebration of everything that makes Daytime television special and unique.”

“Daytime television continues to evolve and each year I am humbled by the depth of talent and production that takes place day in and day out in our industry,” said David Michaels, Senior Executive Director, Daytime Emmy Awards. “With the proliferation of new programming and the continuous innovations in how, where and when we watch Daytime television, I am looking forward to another year of growth and excellence for the Daytime genre.”

The Daytime Emmy Awards recognize outstanding achievement in Daytime programming broadcast between the hours of 2:00AM and 6:00PM, by conferring annual awards of merit in various categories. The presentation of these awards is intended to be an incentive for the continued pursuit of excellence. Eligible programs must have originally aired between January 1, 2015 and December 31, 2015.

Regarding submissions, NATAS is offering two closing dates: an “early deadline” provides entrants a lower fee if they submit by November 23, 2015. The final deadline for all submissions is December 22, 2015. Judges of entries to the 43rd Annual Daytime Emmy Awards must be qualified as a peer in their craft and active members in either NATAS or ATAS (Television Academy).  Complete rules can be found here.

So, ready to have your favorites submit for the key acting and drama categories for the upcoming Daytime Emmy Awards?  Who do you hope makes sure they enter the competition?  Glad to know the dates are locked in for next year’s ceremonies? Comment below!

GENERAL HOSPITAL: Darby Pops Up Onto The Scene & Ned Says Goodbye To Olivia!

This is the year Lauren Koslow wins an award.

OMG I hope Chelsea & Adam from Y & R put in for an emmy. They both deserve it.

I do not watch the Emmys.. The soap awards in comparision of time devoted for them and the whole of daytime tv is not interesting to me as I do not watch daytime tv to care of other shows .. Also– ALL the soaps have great performances from great actors but not all will win, even if they deserve to win, and I don’t like that .. I would imagine Tony/Luke will get his 9th emmy And Ron will get one for the 50th anniversary week of the black and white show which is renowned as an all time soap… Read more »

Nominees need to include Melissa Clair Egan and Justin Hartley as Chelsea and Adam on Y&R. Finola Hughes, Maura West from GH and James Read and Robert Scott Wilson from DAYS. The rest I could care less. Just leave Peggy McKay out of the running and Hunter King needs to go to acting school. How she won two previous awards is beyond me.

The actors need to submit themselves.. Nobody nominates them.
Some submit others do not..
f it were me- I would not submit myself and put myself through that folly..

I agree; Hunter is gawdawful.. I was shocked when she got an award..
goes to show how the judges might judge with a pity vote .. hahaa!

There are people who like Hunter King aka Summer a whole lot. I don’t see it myself.

Peggy Mccay has given great performance so far this year.

Oh I couldn’t agree more but Hunter King is a close friend to the boss so you know she’ll win again. It is a shame she should never have won any of the awards. Hopefully Halloween night party she’s the one that dies. I believe the 4 people that worked their butts off are Melissa C.Egan/Justin Hartley( Adam 7 Chelsea from Y& R and B&B Thorsten Kaye/Linsey Godfrey (Ridge & Caroline)

James Read should be nominated and then go on to win. He more than deserves the Emmy.

I would love to see Jonathan Jackson get a nomination for guest performer in a drama series,his scenes with Geary on Elizabeth’s porch,were some of his best work on GH.

Just wondering, how much does it cost to enter? I clicked on the link, but it was for this year, not next.

B&B will get a boatload of nominations due to their transgender storytline involving Maya, Rick, and Nicole.

Kassie DePaiva deserves an Emmy. Her performances for Paige’s death scenes were fabulous. Hope she submits a nomination!

Im expecting alot of nominations from B&B most likely Karla Mosley, Jacob Young, Linsey Godfrey, Thorstan Kaye, Jacqueline MacInnis Wood, Person Fode, Reign Edwards, Winsor Harmon & Ashlyn Peirce. Also I will be very disappointed if Karla doesn’t submit in the leading actress category so I’m counting that. I’m taking Brad Bell’s statement that she is a leading lady to heart so she better be in that category.

Kassie DePaiva definitely deserves a nomination for her recent work. And Freddie Smith should submit his scenes in the hospital after the Will/Paul reveal. Christopher Sean’s depiction of Paul’s coming out to his family, over the phone no less, also deserves a nom. James Read was also excellent.

Gh, this could be another good year for awards. Outstanding performances so far from Ana, Carly, Sonny, Liz, Nicolas, Sam, and Dante.

Peter Reckell and Kristian Alfonso deserve an Emmy win in the leading category. Even though Reckelll’s return was brief it was solid and gut wrenching as we watched his character die in his true love’s arms. Alfonso’s performance has been stellar!

Marybeth Evans, Kassie DePaiva & Peggy McKay all deserve nods and a win in the supporting category.

Team Days of our Lives !

Absolutely Billy Flynn (Chad Dimera) days of our live. He has consistently throughout 2015 killed every scene he’s been given. The guy is a natural and an amazing actor!!!!

Definitely Peter Reckell. He’s acting during he’s short return was unbelievable. So heartbreaking watching him in chains only to escape and die in Hope’s arms. Best acting I have seen in a long time. Also agree with Arianne Zucker she showed such incredible emotions during Daniel’s death.

I Just hope they broadcast it on a better channel this year!….the channel they chose last year is not available in Canada!