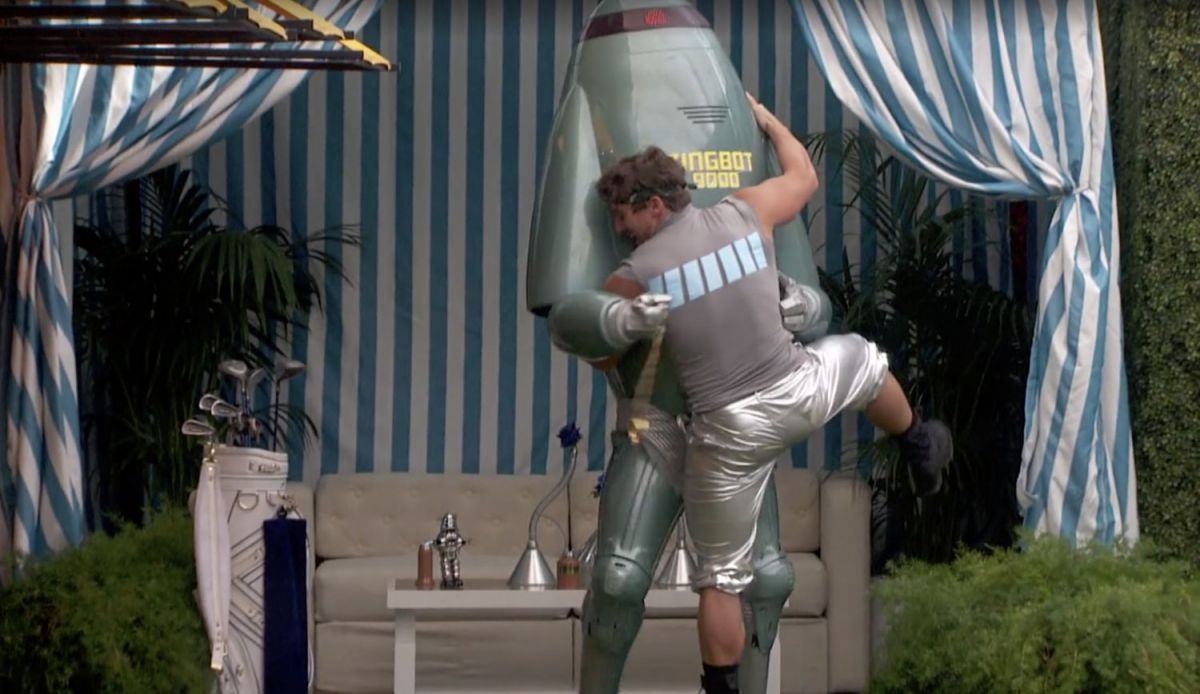 Some serious shade was thrown in last night’s episode as Zingbot made a surprise visit to the house!

It kicked off after a nomination ceremony led by Faysal … where he nominated his own ally.  Level 6 was obviously happy about this, because with even one person from their side on the block, they still had the numbers for the vote. Faysal continued to defend his actions to Haleigh yelling: “We play it safe every freaking week and where does that get us? Nowhere!”

Tyler figured out that his game got much easier as Faysal offered a final four deal that would also include: Haleigh and Angela.  Of course to Tyler, this would give him another opportunity to not use his “power”.   Shortly after, Zingbot the shady robot, came in to call out all of the players including Sam’s craziness, Angela’s soul (or lack of it), and Kaycee’s bland personality. It was a moment in the house that players were able to laugh at themselves.

When it came down to the veto competition, Faysal, Brett, Scottie, Angela, Haleigh, and Tyler joined the race. However, it was Brett who came out with the win. Likely to use the veto on himself, it was clear Faysal was forced to put up a replacement.  Right away, JC worked on Faysal to put up Angela and Kaycee; while Sam tried to work on him to put up Haleigh.

It was time for the ceremony and by no surprise, Brett used it on himself.  Faysal, still unsure who to nominate, ended up nominating Kaycee for eviction. (filed by Jake Updegraff – Big Brother Correspondent)

It seems as though Scottie’s game will end tonight, but this season has been full of blindsides, so will we see another one? Comment below and then find out tonight on CBS at 9/8c.

DAYS OF OUR LIVES: “As The Teeth Fly”

DAYS OF OUR LIVES: A Wedding Remembered, A Wedding Interrupted

MICHAEL FAIRMAN LMAO..the still and that giph..LOL. MMMHMMM.Seriously though, the producers have manipulated this game beyond watchability this season. FF is my friend. lol.