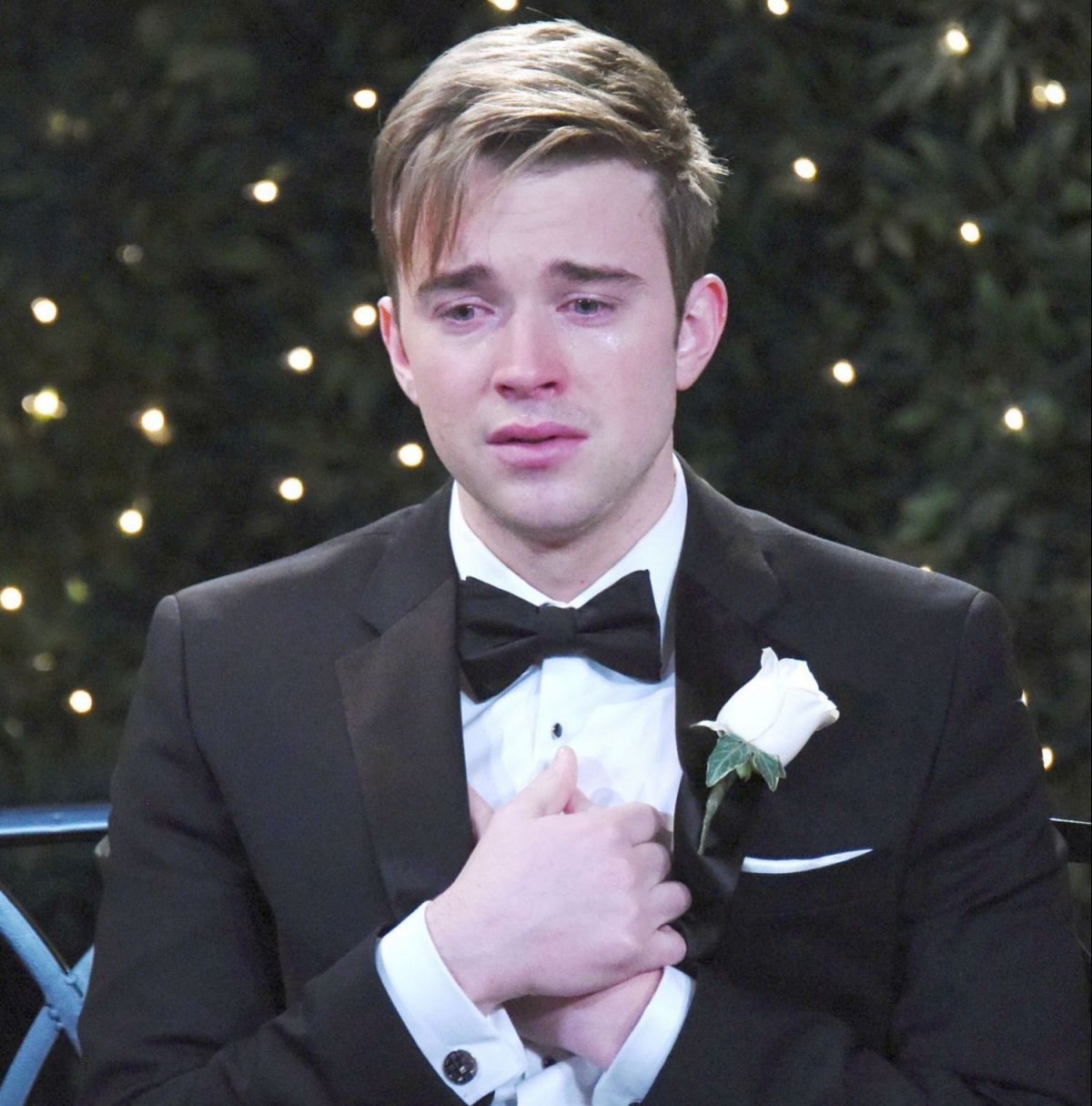 In an emotional, and beautifully written episode of Days of our Lives, Thursday’s installment of the weeklong event of the wedding of John (Drake Hogestyn) and Marlena (Deidre Hall) was filled with heart-tugging moments, vows, speeches, a major revelation and a wedding crasher.  (NOTE: if you have not seen today’s episode do not read any further as this may contain spoilers)

DAYS head writer Ron Carlivati and team pulled out all the stops to give longtime Jarlena fans a wedding they will remember.  But as one wedding is underway, another huge milestone wedding on DAYS (the first ever same-sex wedding between two men on daytime) also shares focus in a re-imagined format. (Chandler Massey now in those scenes originally played by Guy Wilson). 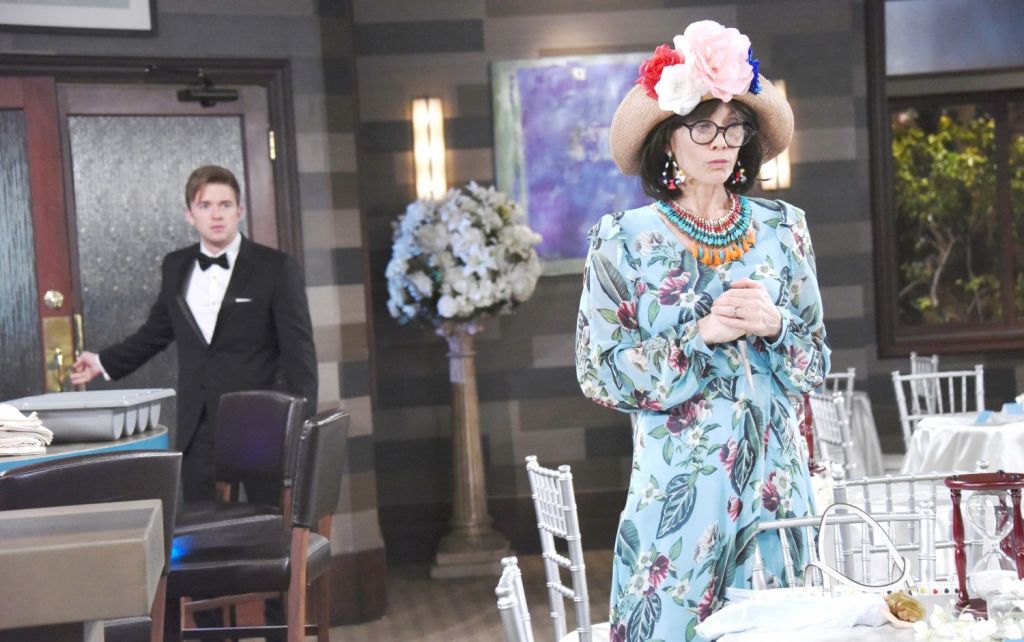 As things begin to unfold, at Doug’s Place, it appears Susan (Stacy Haiduk) has become quite unglued now that she feels Marlena disrespected her “Marlena Doll” gift … the doll which now has a knife in its back.  She pulls the knife out of it, and Will appears.  She hides it from him, as the two head out to attend the wedding.  Susan puts the knife in her purse.

While everyone is set for the wedding of John and Marlena to begin. Marlena is late, but no worries, she still makes it down the aisle.  John tells her she is worth waiting for, and then Marlena busts John for the shiner under his make-up! She reminds John that you can’t put anything past her.

The ceremony starts with Will reading a sonnet from William Shakespeare and he ties it into his amnesia and how he realized that love isn’t tied to the past.  Suddenly, he has flashback of Marlena officiating his wedding to Sonny!  Will begins to become overwhelmed and leaves the wedding.  Elsewhere, Sonny (Freddie Smith) is upset looking at this wedding photo to Will and he leaves the Kiriakis mansion photo in tow.

Next to speak at the nuptial is Paul (Christopher Sean) who ties in the baseball shiner John received, and then talks about love.  Meanwhile for Will, memories of his wedding day to Sonny are coming at him fast and furiously as cries with tears streaming down his face trying to tell himself this doesn’t mean anything.

Sonny has arrived at the Brady Pub asking for a shot of tequila from Roman (Josh Taylor). Knowing he is upset, Roman asks Sonny why he has the photo with him of Will from their wedding.  A heartbroken Sonny admits he is saying goodbye to Will who wants to be with Paul.   Sonny flashes to his wedding day with Will, and Roman recalls how he was not all for Sonny and Will’s relationship at the beginning, but he’s proud to know him.  Sonny rips up his wedding photo with Will.  We cut to Will in the park who is flooded with emotion as he remembers everything about this wedding day to Sonny! 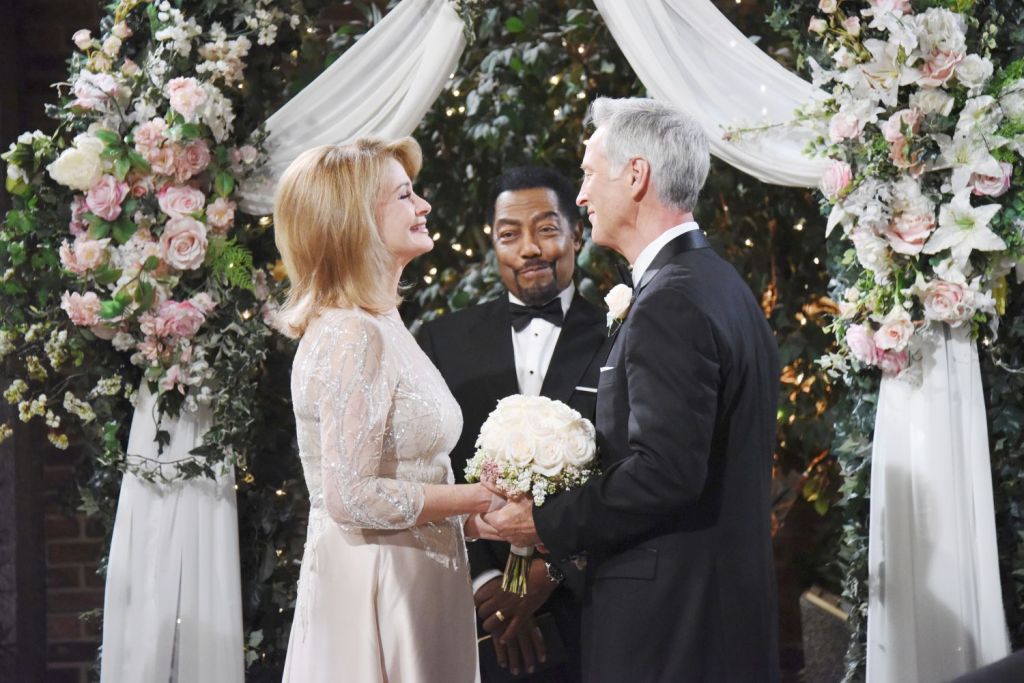 As the Jarlena wedding continues, it’s Marlena’s turn to say her vows as she wells up in tears, which included: “Every time you call me “Doc” it reminds me how much you understand the work that I do. I’ve been doing this a very long time.  I’ve seen a lot of relationships. A lot of love stories.  And the one thing that I never really clearly understood was what makes people fall in love with each other.”   She goes on to say as John looks on, tears streaming down his face:  “I fall for you every single day.  I know sometimes you make me a little crazy, but there is no one else I would rather be crazy about and crazy with.  So, I vow to you today to be with you on this crazy adventure called love for every day until I die.”

Now with it being John’s turn to speak … he says to Marlena: “Sweetheart, you just stopped my heart when I saw you standing there at the aisle.  And then you took my breath away when you started walking towards me.”   John continues: “You know, it just hit me again how lucky I am to have you in my life.  It’s taken us too long to get back here and that’s been bothering me.  I hope you know that you’re always on my mind and my heart is always here with you.”  He adds: “I want you to know that sometimes I have been so damned wrapped up in my work that I cause you to believe I’m not thinking of you.  Well, those days are over.  From now on, I am going to spend the rest of our lives telling you baby …  you’re stuck with me and you better get used to it.”

At the park, an emotional Sonny comes upon a tear-filled Will.  Just then at the wedding as Abe (James Reynolds) is asking if Marlena takes John to be her lawfully wedded husband … there is a major interruption!  A disheveled Sami (Alison Sweeney) appears trying to say, “Mom, you can’t marry him,” as she falls to the floor flat on her face. Meanwhile, Susan reaches into her purse. Is she going to take out the knife she has and use it?

This episode featured a heart-wrenching performance by Chandler Massey and emotional moments from Freddie Smith, Drake Hogestyn, and Deidre Hall.

So, what do you think will happen next?  Can Will fully remember his love for Sonny, and if so, what will he do?  Will John and Marlena tie the knot officially? What is wrong with Sami and what is wrong with Susan? Share your thoughts on this episode in the comment section below.

The Jarlena Interviews: Watch Deidre Hall and Drake Hogestyn Chat Over The Years About DAYS’ Supercouple!

And that’s the reason chandler won 3 emmys in a row and he and Freddie. Supreme pairing!

Absolutely, Fran…..forever Will and Sonny!!

One of THE best episodes I’ve seen in a long time… on any of three soaps I currently watch. It was so well done, the readings so eloquent, poignant, classy. And the simultaneous vows of Marlena/John, Sonny/Will was a brilliant storytelling idea that worked perfectly. I was so moved by the scenes. Will’s face as his memories flooded back, so overwhelmed by the rush of emotions that washed over him wave after wave and yet, at the same time, his confusion over his feelings for Paul and what that would mean with this new revelation…just incredibly powerful stuff. Excellent acting.… Read more »

Wow Stacy is a wonderful actress, I love her so far as Susan Banks. I loved Stacy as crazy Patty on Y&R she was cray cray lol.

You are not only the best, Chandler….but, so beautiful. Can men be called beautiful? Well. He is.
I knew Sonny and Will were destined to be together. Once the memories came flooding back? Well, no brainer!!

Sonny and Will. The best romantic Gay storyline ever written or told. The actors are so real.

Well done Chandler very proud of you..continue on the road to success…