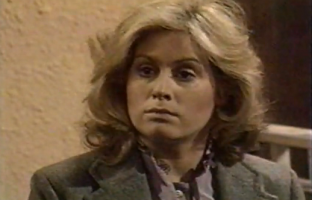 Daytime Emmy and Tony Award-winning actress extraordinaire, Judith Light, who is about to open next week on September 6th in her one-woman show off-Broadway, All The Ways To Say I Love You is featured in one of the newest top ten lists on the popular site Culturalist.com.  For those who don’t know, the site let’s you, the users, choose and create your own top 10 lists.

The Judith Light selection comes via Broadway.com, who loves the actress as much as we all do!  Light is also nominated for a primetime Emmy for her role in Transparent whose upcoming new season is set to bow on September 23rd on Amazon Prime.

From Wit to Ugly Betty, to Dallas to One Life to Live, to Who’s The Boss, The Ryan White Story, Men Don’t Tell, to Wife, Mother, Murderer, her many theatres roles and more,  now you can rank your favorite Light roles! Here’s how:

STEP 1—SELECT: Go to the page of Judith’s roles. Highlight your 10 favorites.  STEP 2—RANK & PUBLISH: Click “rearrange list” to order your selections. Click the “publish” button. Once your list is published, you can see the overall rankings of everyone on the aggregate list.

For us, our number one is still and will always be Karen Wolek of One Life to Live, but there are also so many phenomenal performances.  Let us know your top ten in the comment section below!

I agree Celia. Tony Danza and Judith Light were an unbeatable combination. And Katherine Helmond along for the ride was priceless!!!

Believe it or not, soapqueen, I wasn’t even born when WHO’S THE BOSS first aired, LOL. But, I have watched every episode (reruns & Utube) . I love the show and watch it when it’s on.
Yes, Mona was something else….reminds me so much of my Gran….she’s that type.

Like you celia, i have been a fan of Judith Light and Tony danza and have watched them on Youtube and reruns on tv and have enjoyed it very much.Their chemistry is just so great and I love them both very much.They have brought so much laughter and happinees to my life which was lost for around 12 years of my life.I’m glad they are back on Tv

Hi, Deborah,
Thank you for replying. And, I am glad you are in a better place now. We all have our crosses to bear. Some heavier than others. But , God, or whatever force we perceive as God, pulls us through without fail. All we need to do is find inner peace, and a supportive ‘home’ base….family and friends, and, also, in my case, the Monseigneur of my Church.
We are better humans for that. Stay well, Deborah.

That’s so easy her OLTL moment on the stand that is what soap operas were made of no one comes close to that Emmy moment! Kudos! Everybody have a safe Labor Day weekend off to Houston!

She blew me away with that moment on the stand. The Karen/Marco/Katrina storyline ws awesome and Judith Light really brought it home.

Judith Light is an iconic, amazing actress. Her work on OLTL as Karen Wolek is the “gold standard” of soap acting. The courtroom scenes, during which she admits that she is a prostitute, were nothing short of remarkable. A complete left turn to comedy in “Who’s the Boss” proved to be a refreshing change of pace and gave Ms. Light an even wider audience. I also enjoyed her on my favorite nighttime show, “Law & Order: SVU.” I miss her on that one… Maybe someone can enlighten me on her more recent work, with which I am not as familiar.… Read more »

James…Brother…I have been such a big fan of Judith Light and her PHENOMENAL ACTING ever since her OLTL days. I especially enjoyed Judith’s role as that acid-tongued, blunt and hoot-and-a-half (lol) Judith Ryland on that Dallas reboot. Y-e-p.

Thanks for sharing, Brother. Sorry I missed the Dallas reboot. I’ll have to check it out!

I’m choosing/naming just one…The 1993 Made For TV Movie “Men Don’t Tell” in which Judith played a wife who physically abused her husband.

Loved her role on Dallas, the character could have easily been a cartoon in the hands of a lesser actress, she made the show a must watch for me.

Karen Wolek. OLTL
Judith Ryland nuDallas (when she snorted the cocaine, I nearly fell off my couch!!

Her role on the new (now defunct) Dallas!