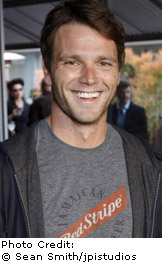 Chris Engen speaks or shall we say, writes.  The departed Ex-“Y&R” star who left the show last week under suspect circumstances, posted an entry on his myspace page addressing the accusations and his fans. Read below.  But did he really say much of anything here?

Good Day. This is the first time in my life that I address an audience so vast and varied. There are a number of heated topics that have become entwined with my recent decision to quit my job, and I feel there are a number of truths that deserve to be stated, a number of untruths that deserve to be rectified, and a few of my own ideas that, by way of circumstance, I am compelled to inject into the debate.  This is the only statement I intend to make regarding this subject. I would like first to apologize, as I feel I owe a great many of you at least that. I know that a choice like this appears weak and impulsive. Honestly, it was the last thing I ever thought I’d do – the absolute LAST thing I ever wanted.

The job has been a great challenge, and my hat is off to all my fellow actors who have mastered it so gracefully. I know a great many of you have endured far worse than what you perceive to have been my circumstance, but I do not believe that just because you have suffered a particular injustice, so too must everyone else in order to understand that injustice. I want to apologize to any of my fellow actors who I may have disappointed. I would also like to apologize to those of you who feel slighted by this choice, as I have been branded a “homophobe” by several members of the press. This is, of course, absurd and many of my dearest friends are homosexuals who would be more than happy to speak on my behalf. My decision had nothing to do with religion, or anything I learned at Bishop Montgomery High School. Bishop is a great institution of learning that encourages tolerance and acceptance of others. I do not ascribe to any one religious ideology but do value the truth that exists in them all. I think the unfortunate assumption that has been made is that Catholics are intolerant of homosexuals on the basis of their Catholicism. Intolerance of anything is a product of one’s underlying belief system as an experience of limitation. It is the line we intellectually draw within ourselves that prevents us from understanding those things we reject, because it defines the boundaries of who we are as individuals. We are what we are, but we are also NOT what we are not. Intolerance is a natural reaction that, I believe, we must understand in order to defeat. It is not a fire to be stomped out by an angry foot or extinguished by a inundating stream of media exposure. Homosexuality is a quality of beingness: one of many qualities that make up the rich diversity that humanity expresses. 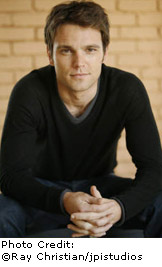 True — I was not comfortable with many of the challenges they presented before me, but I put my head down and did my job. The fact that I had an opportunity as ostensibly attractive and lucrative as this, particularly in difficult economic times and with so many talented actors and industry professionals out of work was, of course, more than reason enough to be grateful. I considered it part of the challenge and within my job description to do the best with whatever storyline was being written for me, as I was very fortunate to be getting a storyline in the first place. I understand that the writers have a very difficult task. They accomplish more in a week than what other shows do in over a month. I never stormed off the set, nor have I stormed off any set in my 18 years of struggle as an artist. I felt generally unhappy about my contribution to the show, and had greater and greater difficulty making any sense of the challenges they were asking me to face. If that makes me a limited actor, then so be it. I was allowed ONE meeting with Maria Bell, and I called in sick ONCE in my 16 months on the show. In the end, I didn’t feel that decisions were being made in my best interests, personally or professionally.

I learned a great deal in my time there and I am eternally grateful for the challenges that enriched me as an artist and as a man. As a single father, with sole custody of a 10 year-old boy, this was neither a practical decision, nor was it an easy decision to make. I believe that as an actor, and as a human being, I deserve better than to be forced to do something that I don’t feel is right on many levels, and that should have nothing to do with the choices that other people make. My visage and my craft were being utilized to tell a story that I wasn’t inspired to tell. I have a great deal of respect for the show in general and all those hard-working people who make it possible, and it is out of respect for them and a sense of duty toward them that I asked to be removed from my duties. I know this doesn’t conform to contract stipulations and it is regrettable that my personal feelings came into conflict with that precedent, although I don’t think that would have ever been the case if what was being requested of me was not unprecedented. Ultimately, the producers were very understanding and amenable and I, in fact, worked until they told me they didn’t need me anymore. I am sure that more of my colleagues would speak on my behalf if they too weren’t afraid of the possible consequences, and I don’t blame them for that. It has been a difficult journey for me, and many others, on the road to understanding the nature of artistry and what it takes to succeed. Strength is measured by what we are willing to stand for, not by what we are willing to lie down and take. I want to thank everyone who has voiced such tremendous support and encouragement. Much love and gratitude to you all. God Bless. Namaste