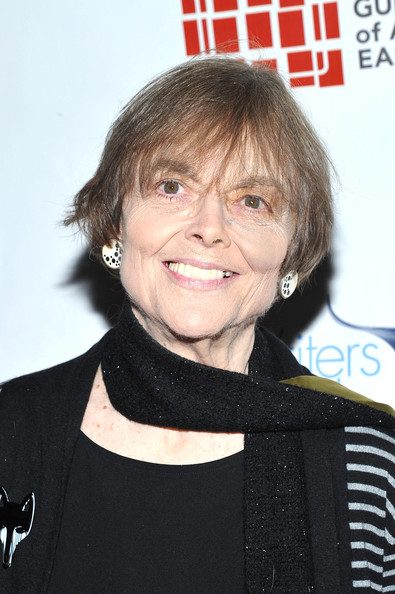 Seems like we have lost several creative geniuses over the last several months in the daytime soap community, and Friday night the soap world is once again in mourning learning of the passing of another giant of the genre, Claire Labine.  Her cause of death is unknown as this time, but she was 82-years-old.

The news broke from current The Bold and the Beautiful and The Bay writer, Michele Val Jean who worked with Labine at GH when she took to her facebook page with the news.  Michele wrote:  “As if this week couldn’t get any worse, just found out Claire Labine died.  I’m heartbroken. She was a genius and a warm, loving person. It was my honor to write with her and learn from her. Rest in power, dear Claire. I will always carry what you gave me.”

Labine created magic with the Daytime Emmy winning Ryan’s Hope, a half-hour soap opera on ABC that told the story of a large Irish  family which featured the likes of Kate Mulgrew, Michael Levin, Ilene Kristen, and the incomparable Helen Gallagher.  Claire served as the co-creator of the series with Paul Avila Mayer.  She won multiple WGA Awards for Ryan’s Hope, as well.   But pre-Ryan’s Hope, Labine got her start as a script writer on CBS soaps, Where the Heart Is, and Love of Life.

But it was in 1993, when Labine was brought on to General Hospital where she teamed with former EP Wendy Riche for some of the greatest hankie-inducing, beautiful and most heartbreaking storylines in the annals of soaps.  The Robin and Stone love story and the HIV/AIDS storyline, the B. J, heart transplant storyline, and Monica’s breast cancer were some of her finest storyline moments.  Claire also created the character of Sonny Corinthos (Maurice Benard) and the iconic Brenda and Sonny romance.  While at GH, Labine wrote a spinoff soap featuring the characters of Ned and Lois to be set in Brooklyn called Heart and Soul, only the network decided to go with Port Charles instead.  Eventually in the late 90’s and early 200o’s, Labine spent time at both One Life to Live and Guiding Light as the series head writer.

Colleagues of Labine’s and actors have taken to social media tonight to pay tribute to this talented woman:

Wendy Riche expressed:  “I am one of the very fortunate people who had the privilege of working with the great Claire Labine. Her extraordinary talent and joy of writing was exhilarating and illuminating. I learned something in every conversation we had, every day. She is loved and respected not only by me, but by an entire community of writers, actors producers and crew .  Rest in Peace, Claire.”

Maurice Benard posted: “Claire LaBine you will be missed you gave me a chance to play a character that had so many levels when no one else would so grateful to you.”

Vanessa Marcil shared: “Claire LaBine healed my soul & millions of others hearts through her art. She always stepped away if things became inauthentic” #BadassChicks

Wally Kurth posted via facebook:  “What a gift it was to tell her stories. The best of my career.”

On-Air On-Soaps will have more on this developing story and more condolences and remembrances as they are shared on social media in the hours and over the weekend.  Now, take a look below at some of the most memorable scenes from Claire Labine’s GH stories, the first episode of Ryan’s Hope, and then share your thoughts on the passing of this brilliant writer in the comment section below.

Sad…one of soapdoms greatest soap writers of all time-you just cant get these types of writers for soaps anymore!!!…like Bill Bell, Agnes Nixon,Harding Lemay. Henry Slezar and Doug Marland plus several others-they were at the best!!!

I hear you a Jim. I was watching a few episodes of Ryan’s Hope, and as the saying goes, they don’t make them like they use to. Today’s soaps (what’s left of them) can’t even hold a candle to soaps of the mid sixties to the early eighties. I never watched Ryan’s Hope when it originally aired, but a few years back I got hooked when it aired on Soap Net. That was soap opera at its best in my opinion. All the good writers and shows are gone. I hope an end of an era isn’t slowly approaching. I… Read more »

Jimh, so totally agree 100%…Oh I so miss the good days of the soaps/daytime dramas…I am looking forward to Sally and Kay to return to Y&R for something to look forward too… Claire stories were among the best for GH…

She also created the character of Carly Corinthos, too!

Mostly right. But Serena was created well before Claire arrived.

Bill Levinson only introduced him. Claire Labine gave Sonny his complexity and layers through the Sonny & Brenda/Carly romances and the groundbreaking story of Stone and Robin. Her stories represented great periods for every soap she wrote for. She was at the top of the soap writer game, IMO.

Very sad, Claire Labine was such a brilliant writer. She was the head writer for GH when I started watching, and I was immediately drawn in by the drama and human emotion that her stories portrayed. Some of the best storylines in soap opera history. The Robin/Stone story, oh my god, I still get emotional just thinking about it all these years later. That touched me like no other storyline I’ve ever seen. The BJ heart transplant story is right up there. That scene when Tony puts his ear to Maxie’s chest and hears BJ’s heart beating, they just don’t… Read more »

Ditto from me, Dan!

My experience with RH comes from SoapNet and now You Tube. That first episode was so perfectly written – idenifying the characters and their relationships. They told real stories and such incredible acting. I could not take my eyes off Delia when she was on screen. What a show!

R.I.P. Claire Labine many an afternoon spent soaking up your gripping brilliant stories.

Such sad news. I most definitely remember her wonderful stories on General Hospital and One Life to Live. May she rest in peace.

Now this is sad!! I was too young to appreciate Ryan’s Hope but Claire Labine’s reign at GH was utter perfection!! It was THE hallmark of what soaps should be and could be. No soap in history can match the 2.5 years of brilliance she laid out. I also have a personal connection to her. When she was at One Life to Live, I sent her a writing sample and expressed a desire to break into soap writing. As an aspiring writer…..those types of things do not usually garner a response unless you have an agent or are an established… Read more »

She was so great on so many shows I read once that the idea for ryans hope came from a sequence she wrote at love of life. I wish love of life was on YouTube I need to check on that.

Lost another one of the greats. Rest in peace.