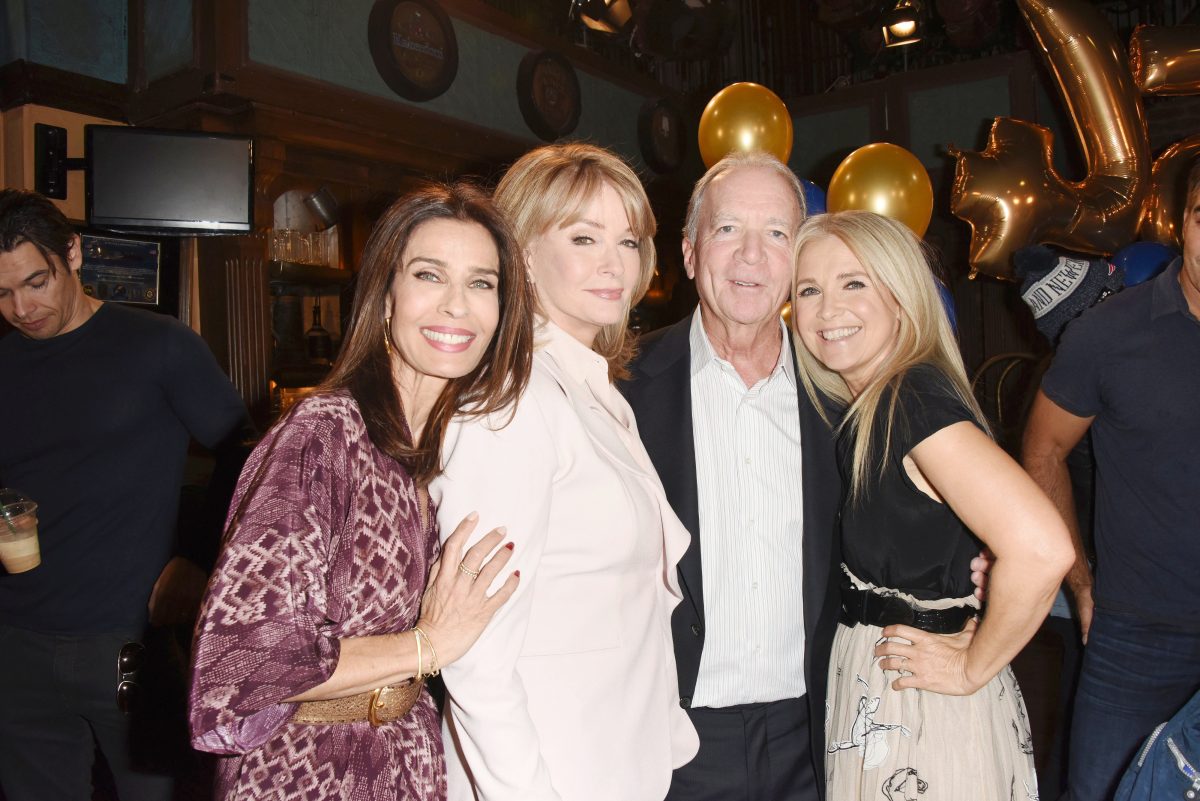 To ring in the anniversary, the cast, crew and behind the scenes creatives including head writer, Ron Carlivati and NBC executive, Bruce Evans were on-hand.

DAYS executive producer Ken Corday made a speech filled with history and ‘thank you’s’, and Bruce Evans reminded everyone of how important the characters and the show is, and how it has touched so many lives from generation to generation.

From speeches, to a cake-cutting ceremony, posing for pics, to a tasty green room filled with fun food, the cast patted each other on the back for a job well-done as the show is now breaking new ground with the time-jump that kicked off Friday and plays out more this week and beyond.

Check out some of the celebration in our photo gallery below.

Then, share your congrats to DAYS and what it has meant to you on their 54th anniversary via the comment section,

Days of our Lives Blockbuster Flash-Forward Promo: Where Are Your Favorites One-Year Later?

RE-RON is ruining this show with the ridiculous storylines. 6-7 years ago, the show was on fire with Eileen’s return. Now, it’s complete s#%#

i wish DAys would get more down to earth,,,too many back from the dead and memory loss stories

The photos are great! Congratulations to DAYS on 54 years!