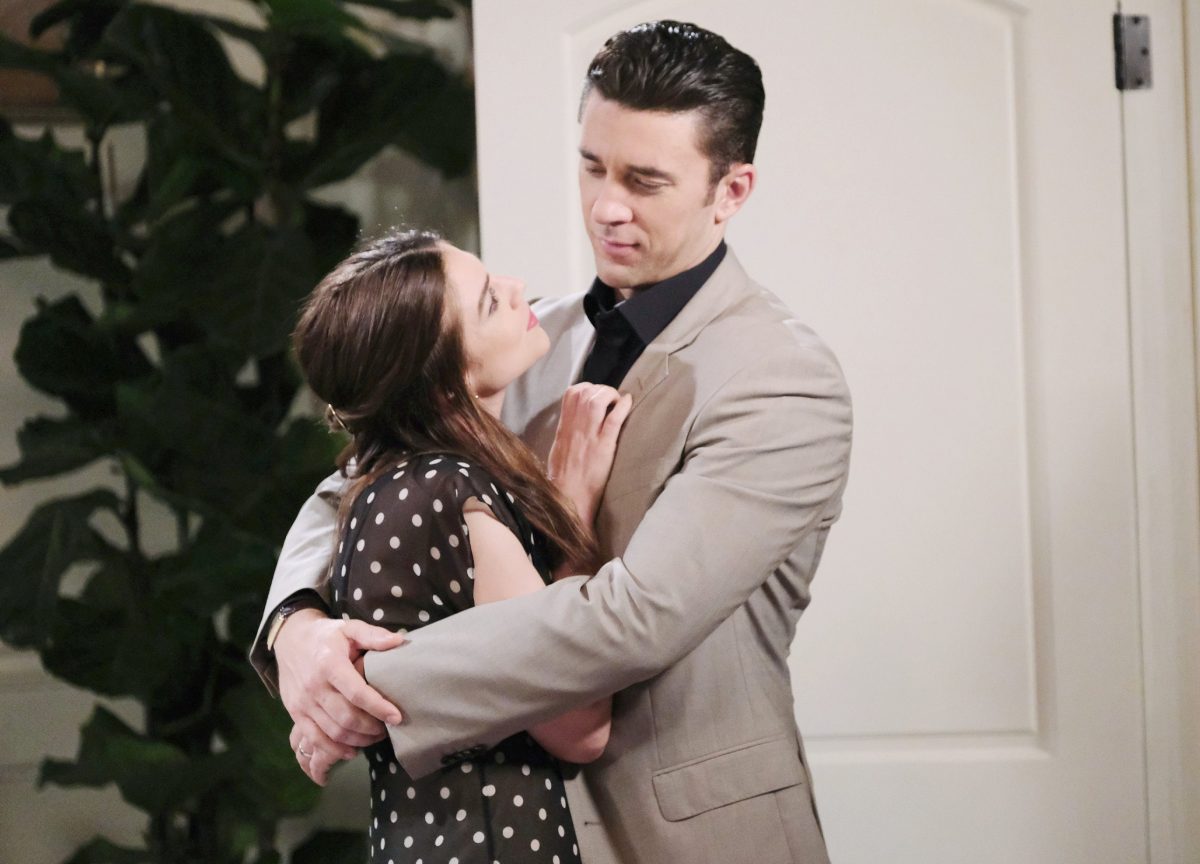 Days of our Lives has announced another first for its fans and viewers. The first season of Days of our Lives: The Digital Series is set to premiere this Thursday, August 1st, on The DOOL App; featuring an eight-episode arc titled “Chad and Abby in Paris.”

Starring in the eight-episode first season (with the first three episodes available Thursday) are Billy Flynn (Chad) and Kate Mansi (Abby) as viewers will get to see what the couple known as “Chabby” life is like while they are away from Salem in Paris.  The series was written by the series head writer, Ron Carlivati and produced by Corday Productions.

Fans of DAYS can look forward to each episode being approximately 6-1o minutes in length.  Following the episodes initial stream on the DOOL app, the episodes will also be available one week later streaming on NBC.com and the NBC app.

In addition to Flynn and Mansi, longtime DAYS fan favorite, Austin Peck is also part of the initial arc reprising his role of Austin Reed.  As well, a new character will hit the canvas when fans get to see Juliet played by newcomer, Rachele Schank.  Then in the fall, viewers can expect the return of Chad and Abby back to the broadcast show on NBC.

DAYS co-executive producer, Greg Meng said in a statement: “This new scripted digital series was created to complement storylines while enhancing the viewers experience as they watch the broadcast show. The DOOL App serves as our platform for delivering this and other original content to fans who want an interactive and multimedia experience as well as a way to stay connected to the show. DAYS has been a leader when it comes to innovation, going as far back as 1965 when we were the first to broadcast in color.”

The DOOL App was developed by the Corday Productions team of Greg Meng, creative director. Michael Fairman, content producer; and Maya Frangie, director of communications and strategic initiatives.  The app is the first and only app exclusively dedicated to a daytime soap opera. The launch of the digital series marks the first time a daytime drama series has spawned an original streaming series to complement the broadcast show.  For more info visit TheDOOLapp.com

So intrigued to see what the new digital series featuring Chad and Abby will be all about?  Will you be downloading and checking out the DOOL app this Thursday to be the first to see the initial three episodes? Comment below

Anna Grace Barlow To The Young and the Restless

I love Chabby so much. I would watch ANYTHING that features them.

This is awesome! DAYS is clearly very forward-thinking, and the past year and half has shown that the creative team is solid for the first time in the last decade. Plus, Billy Flynn and Kate Mansi are fan favourites, as are their characters, so this should be good.

And I’ve already got an idea for the next series they should do – the adventures of Sami and E.J.!

Nope… not going to be watching TV on my 5″ phone screen. And no point in bringing back the Austin character if it’s not Patrick Muldoon. Hardly surprising that ReRon would prefer the inferior replacement though, since he was on OLTL.

Hard pass… unless these episodes somehow turn up in a format where I can actually watch them.

But Satan, there is a way to cast from a device such as a phone or tablet to a TV. You know, to cast is to send from one place to another, like casting a person’s soul to hell.

“To the moon, Alice”—-there’s that witty humor I so love about you, 4ever—teases the intellect—–irony, satire and then some; all rolled into one.
All I can say is——where does Gabi get her wardrobe?—–I especially liked the checkered ( I think it was checkedred red) form-fitting , gorgeous dress she was wearing before changing into her silver, wedding jumpsuit!! I want them both—mesmerizing and dazzling!! HaHaHa. I wonder what shoes she was wearing?? LOL.
Later, my friend….❤️

Hello, Celia! I think I may have found what you’re looking for. You can go to wornontv.net and type Days of our Lives in search bar. Then all the actresses headshots are shown with their characters names in which you click Gabi and many of her clothes are featured. Then click a specific one, then they tell you how much it costs and where to order it. Happy shopping!

It’ll be interesting to see how this unfolds. However, I state this: if the production value on the web series is better than the soap itself, I’m going to lose my mind.

I have been a fan of Days for almost fifty years the soundtrack music that plays when it comes on brings back great memories from when I was a young girl love it and hope it goes for another fifty years even though I may not be here to watch. Thanks for the journey.

DAYS of Our Lives should’ve had a digital spinoff a decade ago.

I like to see a new actor playing Stefano dimera

That will happen the same day I open a ski resort here in Hell!

Put the effort into Days on tv. I will not watch something on my phone

I love the idea I’m truly having #Chabby withdrawals n I actually was thinking in this same direction so the fans can see that Chabby n family living happy n growing closer. #lovechabby

Miss Chabby putting on my calendar for Thursday

British soaps like EastEnders have been doing this for years — special digital episodes, features and miniseries.

Days needs more than just an app to get it together, its been sinking from the moment they screwed over James Scott / Alison Sweeney and EJami. Chabby are really the worse DiMera’s.

They should have this in Canada!! not impressed

This should have been done years ago on all the soaps. How many soaps could have been saved if they had introduced story lines involving teens online and used the digital soaps as a training ground for new writers. How many backstories of characters could have been developed or filled in online. They could have developed a whole new audience for soaps. So sorry it took Days on its death door to do this. Hopefully, the soaps will use the digital format to develop new talent and take more risks than we see everyday on tv. And let hope have… Read more »

The problem with digital is unless NBCdays opens its airways International viewers can’t watch and they need as many viewers they can round up. 🙂