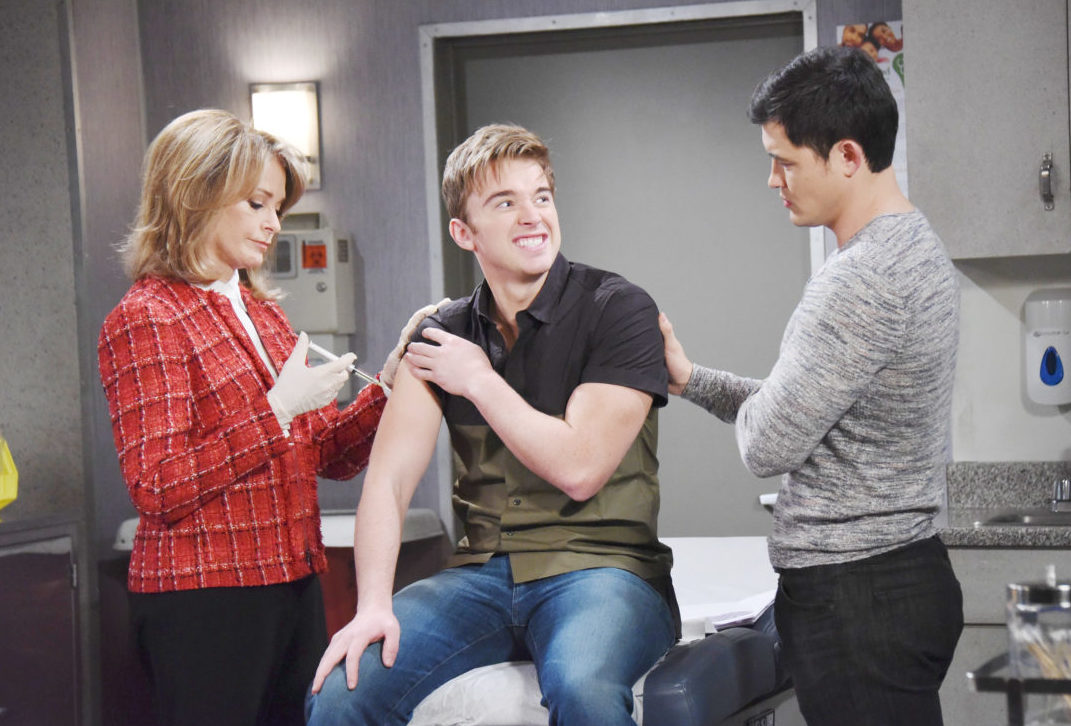 This week on Days of our Lives, it’s blackmail time!  Theresa (Jen Lilley) pulls a power play when she happily tells Eve (Kassie DePaiva) and Brady (Eric Martsolf) that Victor (John Aniston) has put her in charge of Bella! She goes so far as to offer the duo a deal, if she can have Brady all to herself.  Who will one up the other?

Meanwhile, Ciara (Victoria Konefal) is the clutches of Ben (Rob Scott Wilson).  Will he take care of her as she protests?

Then, Will (Chandler Massey) is ready to try the injection to get his memory back.  Will he finally remember his love for Sonny (Freddie Smith)?

Check out these teasers for upcoming episodes of DAYS below.   Then check out the latest promo from NBC here.

Will reveals to Sonny there’s a chance he could get his memory back.

Xander stumbles onto an explosive secret.

Ben takes an injured Ciara to a place that holds bad memories for him.

Theresa has a steamy proposition for Brady.

So,what are you looking forward to seeing most on DAYS? Comment below.

I think Will will ( LOL) get his memory back…..ALL of it. He will be hit in the face with the proverbial ice-water when he realizes that his feelings/love for Sonny are as strong as ever….his passion a reality!!
Paul is so hurt…
Therefore, the overwhelming feeling of dejection compels him to leave town to drown in his sorrow!! There you have it.
Jimmy ( Jimh), this is for you. Tell me what you think of my theory??

My hope is that when Will regains his memory, he also gets his old personality back as well. This dishtowel version of Will is but a pale shadow of his former self.