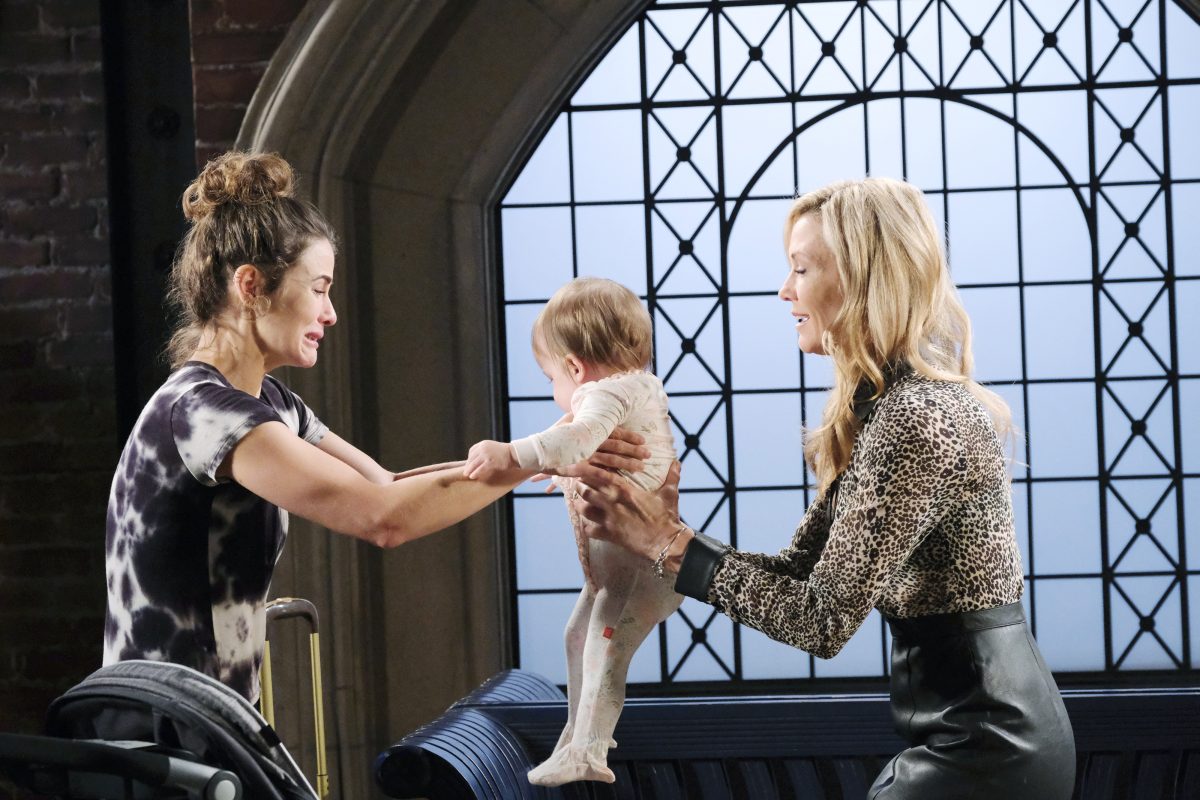 Fans of Days of our Lives knew when the mother of all showdowns was going to go down, it would be the payoff they had waited for – the rightful bio-mom would finally hold her baby in her arms!

In emotional and top-notch performances from Stacy Haiduk (Kristen) and Linsey Godfrey (Sarah), Kristen finally comes face-to-face with baby Rachel, who Sarah had kidnapped, although Sarah believed for so long that she was raising her daughter, MacKenzie.   When she learned the bombshell truth, that the child was not hers and that her baby died, she took off with the little one to Europe.

On last Tuesday’s episode, an overwrought and pissed Kristen tells Sarah: “Where the hell do you think you’re going with my baby?”  Sarah calls the child her daughter.  Trying to reason with her Kristen knows Sarah loves Rachel.  Then, Sarah goes on how she was there from the beginning and helped the baby through cancer.  Kristen knows and appreciates that, but also says it should have been her that was doing all of that, and all of those moments and more were stolen from her.

Sarah calls out Kristen and says she is incapable of being a good mother. Cornered Sarah says she will scream if Kristen tries to take Rachel out of her arms.  Kristen relates that her baby is alive and she’s so very sorry that her joy is Sarah’s mourning. Kristen truly thanks Sarah for everything she’s done the entire time to raise her little girl,  But, she asks Sarah to please hand over her child.  Sobbing, Sarah finally does just that. 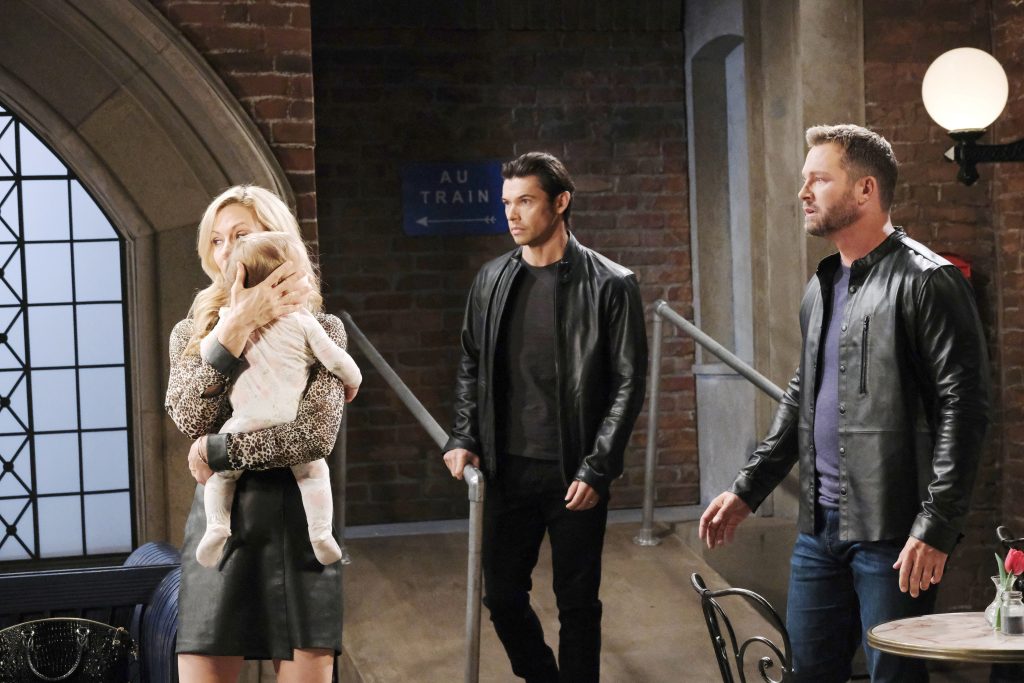 Next, Brady (Eric Martsolf) and Xander (Paul Telfer) show up at the scene, and for the first time, Brady and Kristen hold their daughter. Their joy turns to more sorrow when they realize Kristen can never go back to Salem. If she does, she will be sent to prison for stabbing Victor (John Aniston).   When Brady agrees to disappear with her, Kristen won’t  let him do that.  Brady says that if he has to let her go to protect her and their child, he will step aside.  In another heartbreaking moment, Brady tells Rachel he loves her and says his heart will be with her, always.  Kristen promises to give her the life she deserves and the two say goodbye!

Later, Sarah returns to Abigail and Chad’s apartment where she tells Rex (Kyle Lowder) what happened and that she handed over the baby. She cries as Rex holds her as Xander (Paul Telfer) arrives, and Sarah is not-to-pleased to see him!

All complex emotional scenes, that is why Michael Fairman TV names Stacy and Linsey are Power Performances of the Week.  Let us know what you thought of their big scenes via the comment section below.

Linsey shattered my soul last week. The scenes of Sarah giving up Mickey and the scenes with Maggie were just beyond heart wrenching.

In emotional and top-notch performances from Stacy Haiduk (Kristen) and Linsey Godfrey (Sarah), Ovation I love these two to the moon and back. two qualified belong. tack on… Xander… WITH Brady, Eric, and thankfully in supporting, Nicole.. you’ve got all the trappings of what Salem is. best of show Chad and Abs Ben and Cierra low and behold… Brandon Barash w/Gabs on the horizon !!!! I am surprised at the message boards on how these two raised the roof. what does this 57 out for the count do? so I still celebrate .. the whole enchilada @DAYS of OUR Lives.… Read more »

Serials had to “change” MOVE without us. I jumped on the bandwagon… WITH !!! you had three “unknown” actors who STORMED this show Stacey Haiduk (Kristen) who is herself RELISHING her Passion ! yeah, that’s it Linsey Godfrey ! GOD I know.. higher powers… Maggie’ daughter. what can you say … she’s gelled with ALL of Salem… bringing her own mystique… I am always intrigued Paul Telfer ! XANDER !!!! are you their… of course.. all we need hear is his accent… OKAY we’ve seen him shirtless.. in towel.. FOREVER ! okay? drop with, no? this man acts… and we… Read more »

GOD.. okay.. higher up… how could I forget Lani and Eli…. see how large the fishing net is? so many characters to lift up. spotlight

I am so going to MISS Mr. Galen Gering’ Rafe’alicious… be still my heart

Are you going to miss Brady too? He’s also good looking_, but not too sorry he’s saying goodby. Hes become a pain in the butt and very boring. I’m so sick of the swinging door, Hope its true that Camilla Banis Is leaving and the other Abby is returning.

heart breaking just heart breaking there performance made me cry I couldn’t even begin to imagine how someone would feel if they had there baby taken away from them I know i would be like Linsey and Stacy.They did an fantastic job .I just wish that Stacy wasnt leaving the show

I just caught up—–for someone who annoys me from here to kingdom come, Sarah did her thing, and then some!! Linsey totally overwhelmed me.
Both she and Stacy, as Sarah and Kristin, displayed the sorrow, the anguish, the fear and the anger only a mother could know. Applause tenfold-over.
On another note—shouldn’t Victor and Xander be in jail? The committed a series of heinous crimes—-kidnapping, for one.