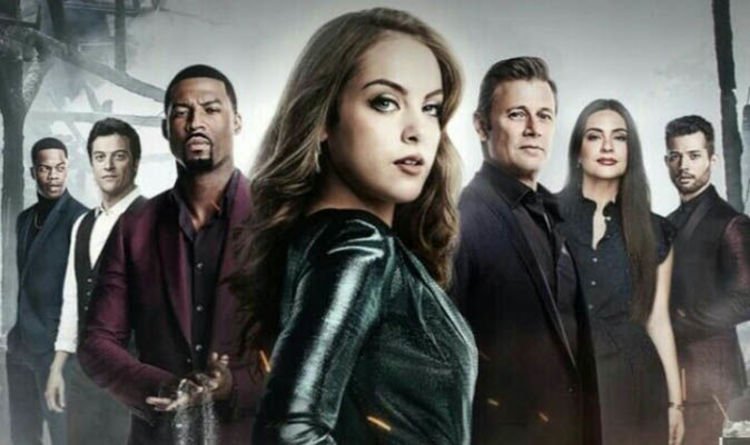 On Sunday at the CW’s TCA Summer Press Tour, the changing and revolving door of cast changes was bantered about during the network’s executive session. As fans of the Dynasty reboot know, the role of Cristal has now been recast twice.

First, following Nathalie Kelley’s exit at the end of the first season, Ana Brenda Contreras took over the role for season 2, but now, as had been previously reported, she is being replaced by actress Daniella Alonso ahead of season 3.  Contreras was said to be leaving for personal reasons.

And if that was not confusing enough, there was the exit of James MacKay as Steven Carrington when back in November of 2018 he announced via his Instagram: “While Steven had a choice to leave, unfortunately I didn’t. There’s a lot of decisions involved in making television, and sometimes they just don’t go your way and you have to live with it.”  However, MacKay returned to the show on recurring status making a few appearances since that time.

Then, there was the exit of Nicollette Sheridan, who left for personal reasons as well, in the key role of Alexis Carrington and who was replaced by Elizabeth Gilles who apparently now is playing a dual role on the show that of Fallon and Alexis, but is she moving forward?  And then .. behind the scenes the original reboot showrunner Sallie Patrick made her exit to go into development ahead of season 2; where she was replaced by Josh Reims.

CW President Mark Pedowitz had this to say to the press about the cast departures: “We hoped (Ana Contreras) would continue but she had personal issues we had no control over.  There’s no dirt to be found.”  Pedowitz was dismissing a theory that there was a bigger underlining issue going on behind the scenes.

Dynasty executive producer Josh Schwartz added to Deadline:“Some (casting changes) were made for creative decisions, some were made for personal reasons, and just a confluence of things that happened in succession but it’s not part of a larger pattern. And on the showrunner front, Sallie ran the show for two seasons on a 22-episode model.  It was always her plan to pass the baton after a couple of seasons. Josh is an excellent and experienced showrunner.”

So, what do you think about all the casting changes at Dynasty and we are only at the start of the 3rd season.  Comment below.

ABC Entertainment President, Karey Burke On Future Of ‘Grand Hotel’: “We Haven’t Made A Decision Yet”

Honestly, it’s messy that we’re on the third season and there’s already a third face portraying the role of Cristal. Admittedly, when Nathalie Kelley left, I was skeptical concerning the casting of Ana Brenda Contreras, however, the “real” Cristal was fun and refreshing, so I welcomed her. Also, nuCristal (Daniella Alonso) looks a bit too old to be replacing Contreras. If anything, she should be replacing Kelley in her version of a returning Cristal, etc. Either way, I will still be tuning in, because Dynasty is a fantastic, primetime soap opera that I’m hoping makes it to a fourth season.… Read more »

Well people leave for various reasons. Hopefully this Cristal will work out..as for Alexis there are many actresses that can fill that role..too bad Nicolette had to leave. Get someone like Kim Catrell..good age and would be amazing as Alexis..the show needs a few more seasoned players to make it work to get more interest from viewers. Not that the cast is bad. But it seems Elizabeth Giles is holding this show down.

Too confusing to keep up with all these changes. All I really care about is how it translate to what we see on the screen. I do think that Steven was a big loss for the show and I’d rather not see Elizabeth Gilles continue to play Alexis, it’s too jarring, though I thought she did a great take on it.

Why don’t they just get a new Cristal every season? Seriously, I’m a fan of the show and love the soapy drama but this is somewhat distressing as a viewer. Kind of hard to grow attached to a character when the actor or actress in the role has a limited shelf life. I just hope that they do right by Elizabeth Gilles. She truly is the breakout of this show and the one to watch. Also, can we do better by way of the writing? Loved that they paid homage to the original with the horse being spooked this resulting… Read more »

I would of LOVED to see Heather Locklear play Alexis since she was on the original.
HEAR THAT DYNASTY WRITERS!!!!
Love the reboot and lookin’ forward to season 3!

Would’ve loved that as well!

They should bring back the original Crystal and Nicolette Sheridan or put Heather Locklear in. 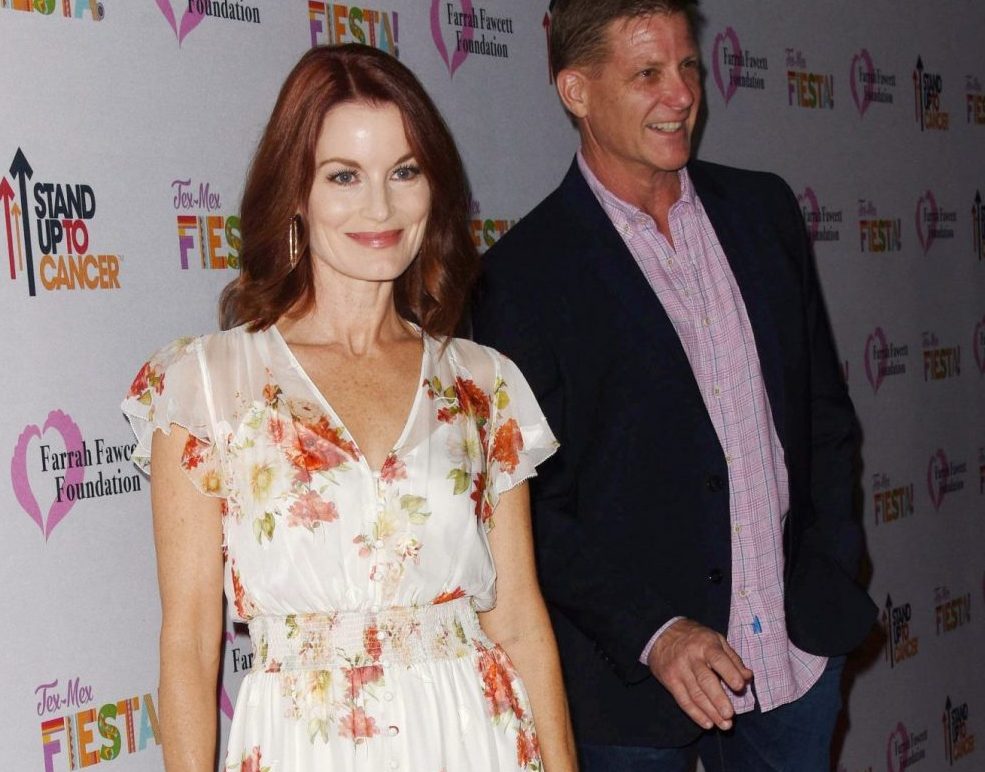 On the upcoming July 2nd episode of Dynasty look for a very familiar face, and one that is very familiar to series star, Grant Show (Blake).

That is when actress Laura Leighton will guest star in the role of Corinne Simon, an SEC officer with who has some business dealings and bombshells for the Carringtons.

Leighton previously played Sydney on the popular 90’s primetime soap, Melrose Place and was the on-screen neighbor of Show’s, Jake.

And as fans know, Laura is also married to former Melrose Place star, Doug Savant (Ex-Matt). The duo have been together since 1998.

Now check out this teaser for tonight’s all-new episode of Dynasty (9 p.m. EST) below.

Are you looking forward to seeing Laura on your screens again? Let us know in comment section. 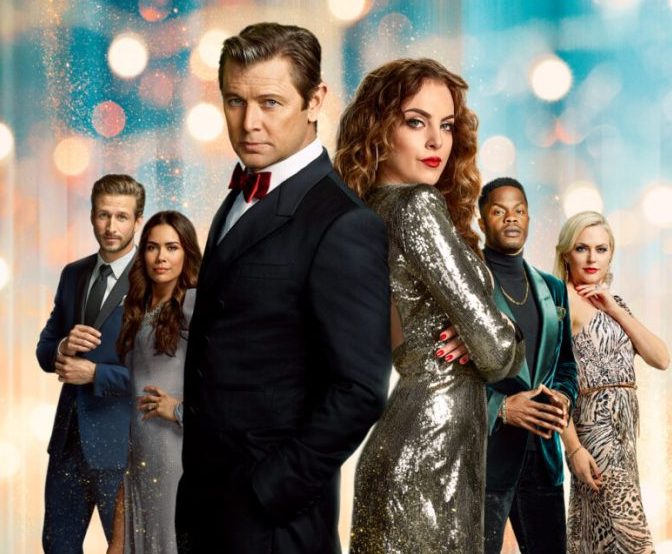 Truly one of the most entertaining TV show’s is back tonight with the return of CW’s witty, lusty, twisty, and oh-so-soapy, Dynasty!

The fourth season has a 21-episode order and will air in its Friday night slot beginning tonight at 9 p.m. ET/8 p.m. CT.

In story, and in tonight’s season opener entitled “That Unfortunate Dinner”: Fallon (Elizabeth Gillies) and Liam (Adam Huber) plan their wedding, with some unsolicited input from Alexis (Elaine Hendrix), which leaves Fallon questioning if Alexis could be right.

Meanwhile, Alexis and Jeff (Sam Adegoke) have a photo shoot to announce their new ‘power couple’ status.  While, Dominique (Michael Michele) runs into hiccups with her new fashion line and turns to unexpected sources for help. Blake (Grant Show) is determined to work on his relationship with Cristal (Daniella Alonso) and Culhane (Robert C. Riley) advises Sam (Rafael De La Fuente) on his current state of affairs.  That’s not all!  Anders (Alan Dale) does some digging and is shocked by what he finds and Adam’s (Sam Underwood) confession to Kirby (Maddison Brown) is met with surprising results.

The CW released this clip ahead of tonight’s episode where just as Liam and Fallon toast to their “drama-free” next chapter, a clumsy waiter messes up the photo right through Liam’s face with a bottle of champagne, as Liam’s disdainful mother (Sharon Lawrence) arrives on the scene.

Check out the clip below and let us know if you are looking forward to Dynasty’s return via the comment section.