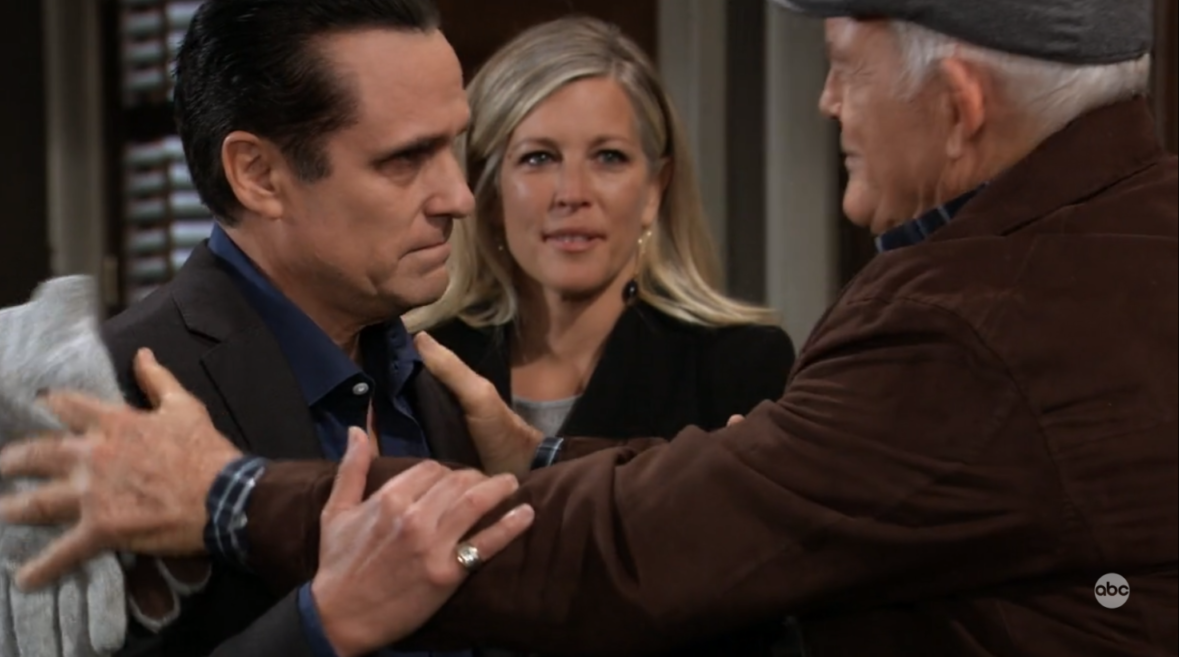 Any of us who has watched their loved one slip further away from Alzheimer’s disease could relate to exactly what Sonny Corinthos (Mauice Benard) was feeling on Tuesday’s episode of General Hospital.

It is always a tough and horrific decision when families contemplate what to do with (in this case) a parent, and where is the best place for them to live out the remainder of their days.  Sometimes, it’s clear cut and easy, and sometimes it’s difficult.

In the case of Mike Corbin (Max Gail), Sonny and Carly (Laura Wright) gave him a home and safe place to be, but as the disease progressed and as Mike’s reality becomes his own, and has he has been losing more self-control. it becomes apparent that they need to be able to give him the best life they can now.

In story, Griffin (Matt Cohen) points this out to Sonny and Carly when they discuss the progression of the disease on Mike.  It is apparent that Mike wants to go live with, and be with his “girlfriend’ Yvonne at Turning Woods.  Sonny and Carly struggle to come to term with that fact, but know they must let him go.   It is tough for them to put Mike permanently at the care facility.  Sonny thinks he may have been too selfish by keeping Mike with them so long.  Ultimately, he arranges a room for his father at the facility.

Mike comes downstairs after packing his bags, and thanks them for taking him in.  Hey says, that they are nice people, but that Yvonne is waiting for him, so he is moving in with her.  Sonny tells his dad, he has a room at the Corinthos’ home any time he wants it.

In the most touching moment, Carly offers to drive Mike to get to Yvonne faster.  He really appreciates it, and Sonny decides to just let Carly do this alone, because it would be too difficult on him to watch his father check-in and have to leave him behind.

Before he heads out, Mike forgets his gloves and he goes upstairs to look for them.  Sonny decides to check Mike’s suitcase to see if they are in there, and begins to break down.  He sees the framed photo of himself and his father from the Nurses’ Ball last year, and packs it in Mike’s suitcase.  After Carly drives off with Mike, Sonny begins to cry.

We have to give kudos to Maurice Benard in these scenes.  Anyone who has been witness to watching a parent go through this most dreadful disease, could feel his pain.  It was a heartbreaking and raw performance.

So, what did you think of the scenes where Sonny must let his father leave his home and move into the care facility?  Share your thoughts via the comment section below.  And in case you missed some of the scenes, check them out here.