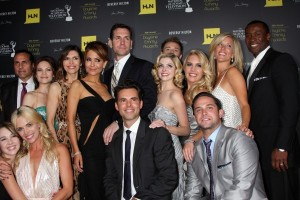 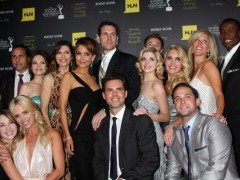 Yesterday, The Disney/ABC Television Group announced that General Hospital, ABC Family, SOAPnet, Who Wants To Be A Millionaire and The Disney Stores are joining the previously announced “Day of Giving” this coming Monday, November 5th!

In fact, several General Hospital stars have recorded PSA’s that will appear through Monday’s episode of GH, and throughout the ABC network programming block that day. “Day of Giving” is a fundraising efforts to help those impacted by  Hurricane Sandy and the Super Storm that caused havoc throughout the eastern seaboard and states, and affected so many lives.

Here is the official original press release for “Day of Giving” prior to GH being announced as part of the fundraising and awareness efforts:  “Following the announcement by Robert A. Iger, chairman and CEO of The Walt Disney Company of a $2 Million donation for Hurricane Sandy relief and rebuilding efforts, the Disney/ABC Television Group  announced that it will designate Monday, November 5, 2012 as a “Day of Giving” across network and syndicated programming spanning News, Daytime, Primetime and Late Night, encouraging the tens of millions of viewers engaged throughout the day to help those impacted by Hurricane Sandy.”

“In commenting on the wide-reaching response to the devastating storm, Anne Sweeney, co-chair, Disney Media Networks and president, Disney-ABC Television Group, said, “The effects of Hurricane Sandy have impacted millions of people across the entire North East, including many of our co-workers, friends and families. This unprecedented devastation demanded an unprecedented response, so our team came up with the ‘Day of Giving.’ This coordinated effort between network and syndicated programming spanning News, Daytime, Primetime and Late Night will reach tens of millions of viewers with a specific call to action…to do what Americans do best, and pull together in support of those who are suffering. I’m incredibly proud of the team and all of our programs for this amazing response.”

“Good Morning America will start the “Day of Giving” by dedicating the entire 8:00 a.m. hour to raising money for Sandy Relief efforts. ABC News anchors, reporters and employees will band together to encourage people to donate to the American Red Cross.   The torch will pass to  LIVE with Kelly and Michael, where the show will integrate “Day of Giving” messaging into their highly anticipated Halloween episode (which was moved due to the impact of the storm). The ladies of  The View will discuss the “Day of Giving” and encourage their audience to donate to the American Red Cross relief efforts, and The Chew will do the same.  Katie, which designated the entire hour on Wednesday, October 31 to Hurricane Sandy, will take up the mantle of the “Day of Giving” and engage her viewers in these relief efforts as well.”

“Nightline will devote time to the “Day of Giving” and the impact of Hurricane Sandy, and Jimmy Kimmel Live, which has been airing from Brooklyn all this week and encouraging viewers to give to the Red Cross to help rebuild that impacted areas, will end the “Day of Giving” on Monday with special messaging and calls to action for his viewers.  ESPN will be running public service announcements to engage their viewers in Hurricane Sandy relief efforts throughout its programming, including coverage of The New York City Marathon and Monday Night Football.”

So soapers, what do you think of the concept of “Day of Giving”?  Will you take part? Happy that GH was asked to participate?   Let us know!

DAYS Stars On Jeff Probst Show Today! Who Knows Salem Best? The Superfans or the Superstars?

Way to go ABC and GH. May they all be blessed

Still not watching ABC/D——except for GH.

same here,….its gonna take allot to get me back……..i do watch gh religously………….i love the doctors and dr oz but refuse to watch anything but gh on abc daytime.

ABCD actually had a good idea for a change. I’m sure many of their former employees are hurting right now.

Since I am an evacuee, I am thrilled! Still waiting for power and heat in most of Hoboken, NJ. Thank you for all you are doing for us!!

Susan, wishing you and yours, and all of those affected in any way by this devastating storm a quick recovery. I think it is a wonderful idea and I commend ABC Television and Disney for coming up with it, and I am very happy that GH was asked to participate. I hope it is a huge success and brings in lots of money for those in need. Anything that involves people helping people is always a positive move.

susan my prayers & thoughts are with you guys………..♥

I’m in Jersey City. I can not believe what Hoboken’s going through. Some here are still in the dark and it’s getting cold. Hang tough.

I’m in NJ too! Power & heat finally came back on! Hope everyone else has theirs back on soon too!

Thanks ABC for reaching out to the folks in my old home town area.

I think it is the only thing in the last two years that ABC/D has done that I approve of wholeheartedly! But I too, am only watching GH.

My brother & sister-in-law live in Point Pleasant N.J. The boardwalk is gone & no more sand dunes..Electric is still out..No damage to their house they don’t live close to the beach…It’s a mess….GH right on!!!

Well at least Frank Valentini is using his time at GH to do some good. It would be great if he also had a vision for the show besides just bringing back former cast members and re-writing character history.

yes frank valentini needs to use his time for good and he needs to changehis
vision for GH cause the last couple of wks has not been great
you cannot bring back former cast members as you said and think the viewers will
tune in, do not like AJ story line and duke lavery is creepy and he needs to go
today if not sooner.

bring back steve burton any way u can get him
and trying to replace him with AJ is not working, never will

so many people need help. I’m heartbroken by the devastation in my city, Staten Island and Breezy Point. I’m telling you I’m walking around in some sort of shock.

and they claim it was costing too much to produce “One Life To Live” !!! 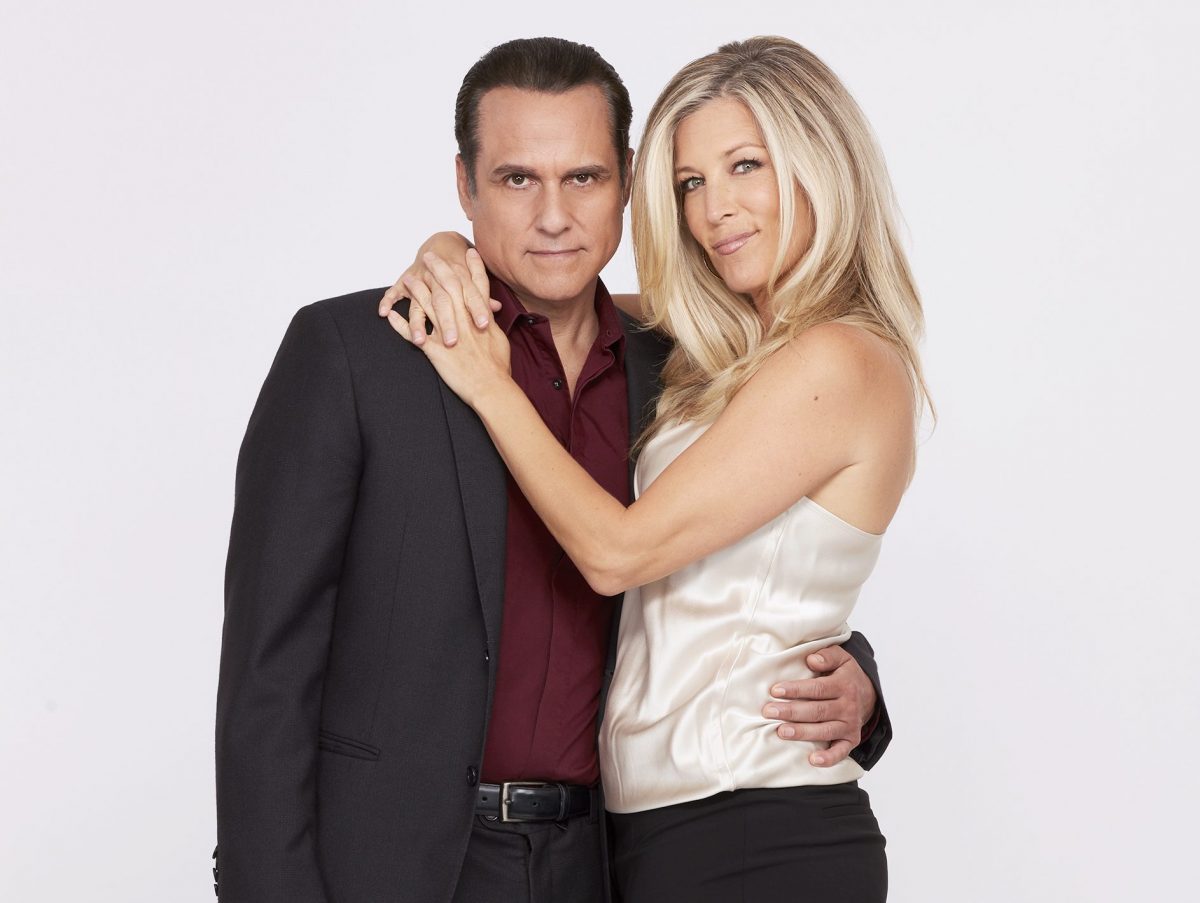 A Carson bonanza is on its way for the week of June 15th -19th when ABCs General Hospital rebroadcasts five pivotal moments in the love story and perils of Sonny (Maurice Benard) and Carly (Laura Wright).

The episodes date back to 2007 through 2016.  One of the emotional highlights is when the duo start to have major marital issue over the loss of their son, Morgan (Bryan Craig).

GH is currently still in COVID-19 production shutdown mode and this week is continuing to airs its encore presentations of the some of the Best of the Nurses Ball episodes.

Here’s what to look forward to for CarSon week:

Tuesday, June 16: Sonny has gone off his meds and begins to spiral. Carly convinces him to resume taking the lithium. (originally aired 9/24/2013)

Wednesday, June 17:  Sonny is in critical condition after being shot. Sitting vigil in the hospital chapel, Carly reads the vows he wrote for her, and remembers their ups and downs. (originally aired 9/14/2015)

So are you looking forward to seeing some of the episodes chosen featuring Maurice Benard and Laura Wright? Comment below.