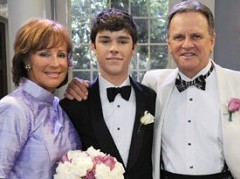 Today’s episode of One Life to Live was in our opinion, one of the best written and most beautifully acted episodes in recent memory of all of soapdom.  For anyone who does not watch this series, or may have watched in the past, you need to tune back in and you need to tune back in now!  With cancellation rumors consistently swirling, if the show was to get axed, it is just such a wrong move and a terrible shame.   Just look at today’s myriad of stories and performances.  Each had stand-out gems that we will remember for some time to come.  It was so good; we have got to break down each of the major sections of the show!

Matthew/Nora/Bo – When Eddie Alderson’s Matthew, finally reveals and relives the shooting of Eddie Ford and confesses to his parents, (the Llanview D.A. and the Commissioner of Police), that he pulled the trigger after a harrowing experience at the Minute Man Motel with the evil Eddie, it was soap opera at its best.  And, how about the quiet, understated reaction of Robert S. Woods (Bo) preparing himself to hear Matthew’s story of the ill-fated night?  How about the end of the show when a heartbroken Nora breaks down in Bo’s arms?  Kudos to a fantastic performance by Eddie Alderson. You brought us to tears.

Shane/Rex/Gigi – Who in the viewing audience’s heart did not break for poor Shane, and the bullying and emotional abuse he has suffered at the hands of Jack Manning and the gang of kids at Llanview High?  The scenes on the roof where Shane wanted to end his life were so well portrayed. But not only that, it was John-Paul Lavoisier (Rex) as a helpless overwrought father (with damn good reason) telling off the High School staff and the students, that made us stand up and cheer.  JP was amazing and kudos as well to Austin Williams (Shane).  Great work!

Viki/Tea – Is there a better actress on the soap planet then Erika Slezak (Viki)? No, there truly isn’t.  When Viki is betrayed and hurt, we are betrayed and hurt and feel right along with her.  Slezak delivered in spades as Viki tries to cope with the realization that her marriage to Charlie has fallen apart, thanks in part to Echo, but to Charlie too! He wants Echo!  She is reeling from finding them in bed together.  The conversation between sisters-in-laws, Tea and Viki, in Todd’s hospital room, was again well done.   Hankies!

Blair/Starr/Jack – The pivotal moment of these sequences was when Blair admitted to Starr that she hit her son, Jack.  Kassie DePaiva (Blair) did powerful work with the realization that by her lashing out at Jack; she then is a bully, too.   And don’t we all want to just “bitch slap” Jack ourselves?

There were other well-played moments between Natalie and Clint and Sean and Tea that had high emotional stakes.   To watch the full episode go to ABC.com and check for the posting of today’s show.  So what did you think of the episode? Let us know your opinion.  We told you ours!

Today’s show should be submitted for an Emmy. It was drama at its best. I loved all the performances today–strong, yet understated. There were wonderful scenes with Clint and Natalie where we actually saw Clint’s heart again; and with Viki and Tea. These scenes allowed these actors to show such vulnerability. The bullying storyline and Matthew’s confession to his parents were examples of powerful, yet subtle acting at its finest. Eddie Alderson and Austin Williams delivered excellent performances that broke my heart. Everyone in the cast of today’s episode should be commended for such wonderful performances.

Can you believe NuJack is on contract? Give him some acting lessons!

Just an incredibly emotional show today. So well done. That bit of camera work viewing Bo & Nora through the window as she breaks down in his arms was just superb.

This is great great stuff. So if you were Frank will you summit this episode or the fallout from the double wedding for the emmy’s next year.

While I was watching this episode, i was amazed at how good it was! If ABC does decide to cancel this show it will prove just how out of touch they are with what the viewing public wants. I still love this show just as much as when I started watching it 30 years ago. It has become my guilty pleasure! I hope Brian Frons begins to understand how these characters become like an extended “family” to many viewers. You can see just how much all the actors are putting in to make this show as amazing as it is.… Read more »

The bullying storyline really got to me. I cried along with Gigi as they were talking Shane down from the roof. Very powerful performances. Farah Fath can be proud of her work too. I was originally against MAtthew being the killer, but it is so well done. The drama that Bo and Nora have to face now is so daunting. I hope they cover it up. I still want Clint to get what is coming to him. He set everything in motion for how awful half the town’s lives are. The only story I am not interested in is James/Starr/Deanna… Read more »

Austin Williams and Eddie Alderson Wow, those kids were great! The veterans Woods,Smith,ver Dorn,Depaiva all exceptional. Great writing. Soap Opera at it’s very best. As for NuJack with some work I think the kid has potential .

A total AMEN to OLTL goes here. This was indeed a first-class episode with truly great performances! 🙂

This episode was AWESOME! My show is back.

Love this show. I’m italian, so I can watch it only on YouTube, because OLTL is not aired here anymore (as it used to be years ago). I’m a tv director in my country, and I think no one does (well written-directed-acted) drama better than american soaps. One Life To Live is the best! 🙂

OLTL just gets better and better! I have watched it for years and years and years!! So hard to let go of this amazing Soap Opera! I am still praying for a miracle here as it’s like a Soap Opera inside of me with all the emotions I have had since the announcement of the cancellation!!! SAVE OUR SOAPS PLEASE!!! 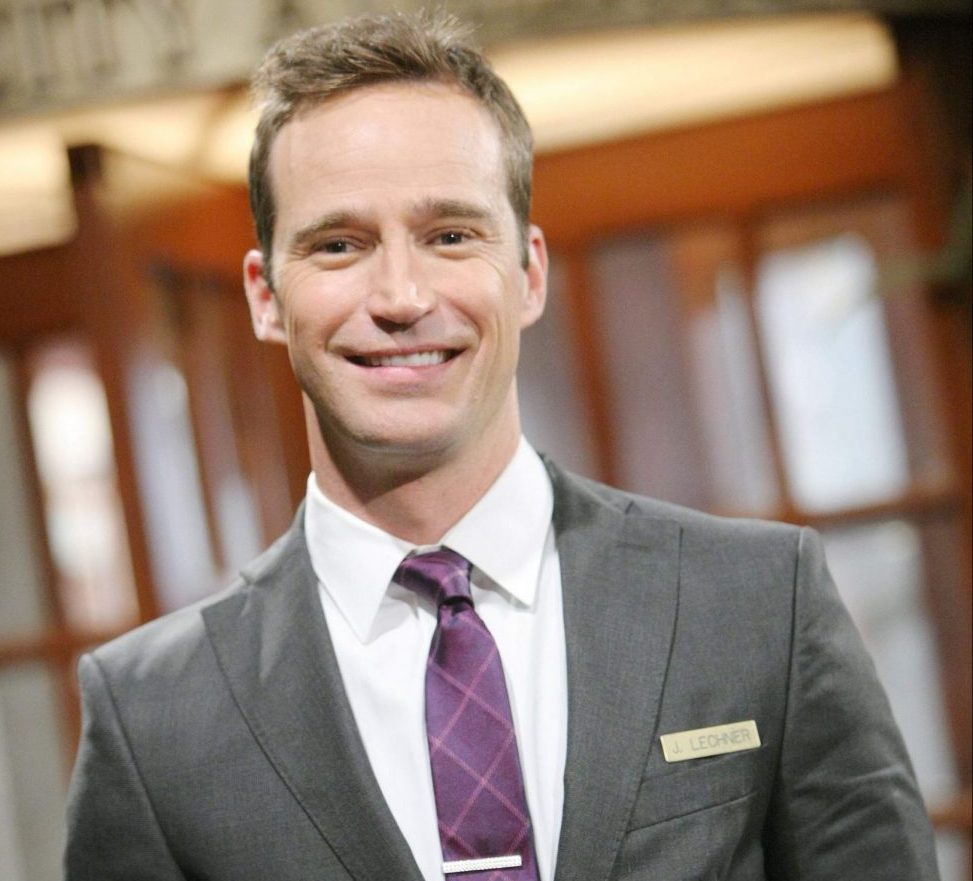 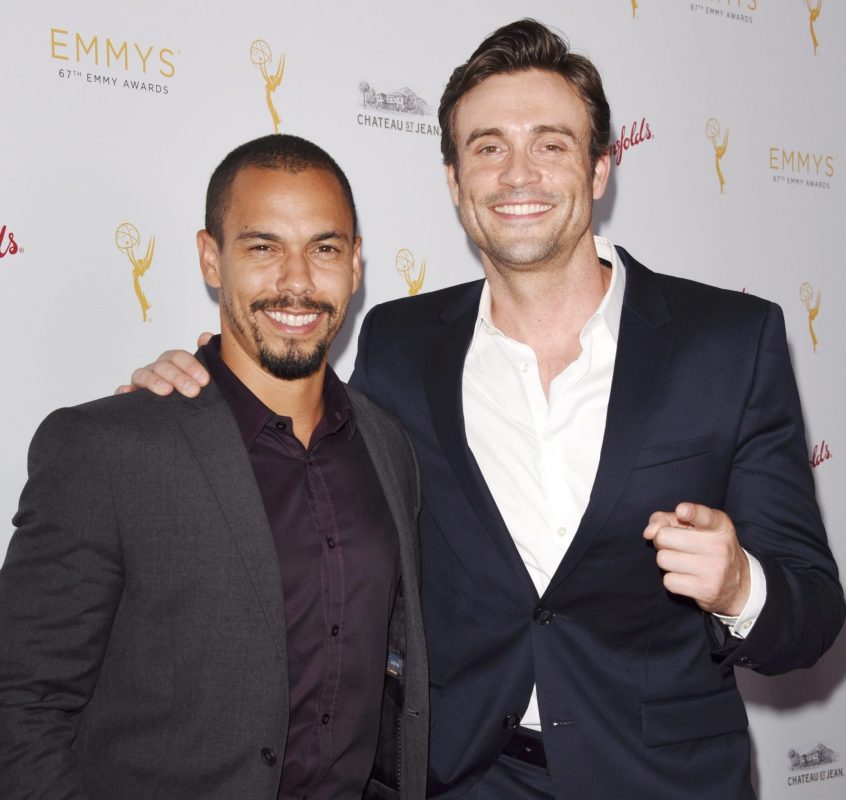