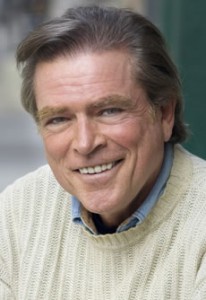 Edge of Night and All My Children favorite, Larkin Malloy is the next big name soap star to join the cast of Tainted Dreams in the role of “Henry Steinman,” a director of “Painted Dreams,” (Tainted Dreams’ soap within the soap.)

According to executive producer, Sonia Blangiardo, “‘Henry Steinman’ is the most politically incorrect director in the history of Daytime…truly the ‘Archie Bunker’ of the soap genre. Whatever crosses ‘Henry’s’ mind comes out of his mouth…in the most inappropriate way possible,” and Blangiardo grins, “Before you ask, yes, Larkin and I may have known a real-life director who might allegedly fit this description.”

Tainted Dreams follows senior producer of the show “Painted Dreams,” Angelica (Alicia Minshew, All My Children) as she navigates the craziness of running a daily soap opera. Blangiardo promises, “Tainted Dreams proves the drama behind the drama is the real drama.”

So what do you think about Larkin Malloy as the latest addition to Tainted Dreams? Did you love him on Edge of Night and All My Children? Do you think he will be perfect for his new part of “Henry Steinman”?  Share your thoughts!

Its good to see old favorites back no matter what they are in…i didnt recognize him at first…i really miss Edge Of Night!!!

Another great actor joins the cast. When will they announce an air date?

Larkin looks older and has not aged well at all. he is only 58 years old. he used to be so handsome and hot. what happened to larkin. Is he sick. hopefully he is ok. larkin is a wonderful actor.

It is good to see actors from the past back to join in on the new web series. So far, the cast looks promising. When is the airdate?

I agree with you. his face looks old. Larkin is only 58 years old. i thought he was 75 years old. Maybe bad plastic surgery.