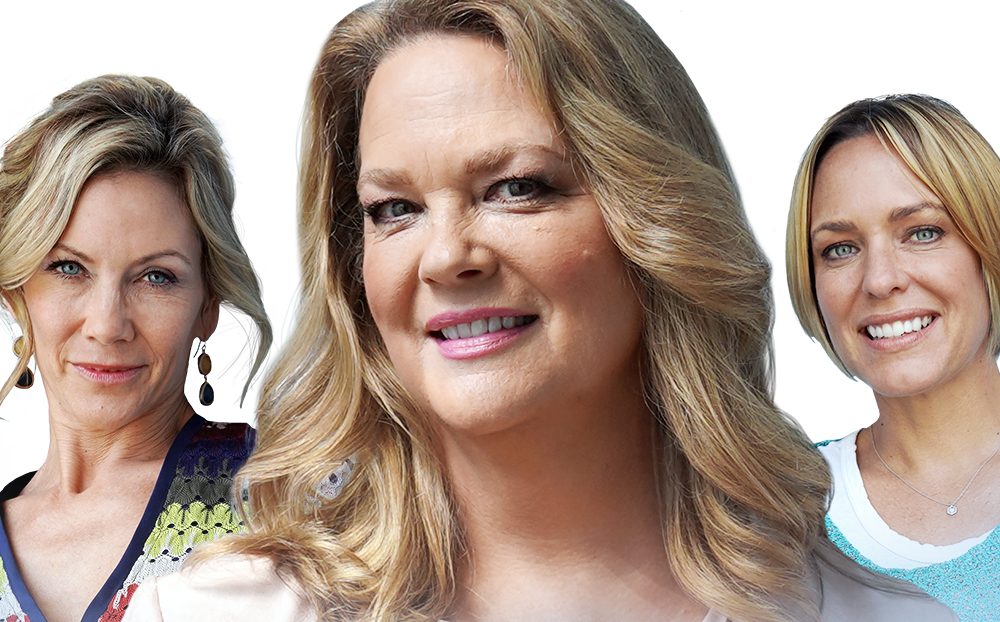 On an all-new Inside Salem: Days of our Lives Podcast, three women who have been part of the latest major reveal are the special guests.  First up is Leann Hunley, who’s Anna returned to Salem only to find Tony (Thaao Penghlis) very much alive and married to who she thought was “Nicole”.

Then in the twist at John (Drake Hogestyn) and Marlena’s (Deidre Hall) wedding anniversary shindig, it was revealed that the woman masquerading as “Nicole” was actually Kristen, thus devastating Anna knowing that Tony knowingly married his own sister as part of plot to gain control of DiMera Enterprises.  She later learns Tony has to spend time behind bars for shooting Ted Laurent, and has to say goodbye to him as he serves time after finding him again.

Leann chats with host Michael Fairman as she weighs-in on the latest story plot, working with her dear friend Thaao Penghlis , the men in Anna’s life through the years, and how the series has written her character over the years and more.

Later, Stacy Haiduk (Kristen) and Arianne Zucker (Nicole)  sit down with Michael and talk about the sisterhood they have formed since learning that Ari would be playing Kristen in disguise.  The dynamic duo share their thoughts on the making of, and the moment of the big reveal when John figures it all out and unmasks Kristen in front of the guests at the Jarlena wedding reception, as Brady (Eric Martsolf) is beyond duped!  In addition, both Stacy and Ari share that they are looking forward for viewers to now see the return of the real Nicole, and that Kristen will no longer be hiding under a mask, and more.

To listen to the latest episode you can download it here via iTunes or by listening at NBC.com/Inside Salem

So what did you think of the sentiments shared by Stacy, Arianne and Leann?  Was the unmasking of Nicole/Kristen one your favorite moment recently on DAYS?

Angelica McDaniel OUT as CBS Head of Daytime As Network Restructures

I can’t watch this drivel. ReRon is ruining this show. I haven’t watched much since Eileen Davidson left. & I can’t watch General Hospital. Parking Lot Peter eats up the show. Is Laura Wright really that desperate?

Leann Hunley is probably one of the classiest actresses around oh lord I watched her and Wayne Northup as Roman my lord they were everything! Soaps are dead I do not care for them at all ! Put a fork in it remember the great times they are all in the past no character development no story goodnight sweetheart time to go

Absolutely, Kay! Loved her on “Dynasty,” too! Even though I am generally against GH bringing so many stars from other soaps to Port Charles, I would have definitely made an exception for Leann Hunley! In fact, I think she would have made an excellent recast for Tiffany Hill Donely since the super-glam Sharon Wyatt is no longer available to reprise that role! Leann definitely would have added some much-needed class to the show!

Lovely lady when I use to watch the show still think they should have kept Wayne Northup as Roman ! Those were the days

I’ve heard that Stefan, will be killed off, of Days. There is finally a couple to be excited about, (Gabby and Stefan). If he is written off, I quit. I’ve watched, for 50 years, I’m finally excited again. Without, Gabby and Stefan, there’s no reason to watch.