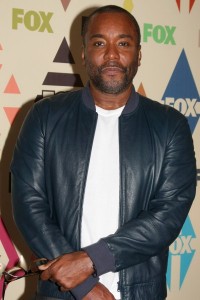 On the heels of the smash hit primetime sudsy drama Empire, creator Lee Daniels and Fox are hard at work putting together the pilot for his next TV project, Star!

At the epicenter of Star ia the story of four young woman trying to make it big in show business with big dreams and aspirations.  According to the official description from the network on the series concept:  “It will feature the choices with which these artists are faced along the way, while showcasing the allure and heartache of the cut-throat music scene, and exploring cultural themes from a new perspective. What will they do to rise to the top?”

Now according to TV Line, casting is already underway for the four core characters which include: a transgender woman named Cotton, 20, who is a half-black, half-Spanish with a “stunning look” and a “keen eye for fashion.”  The other woman are described as:  “Star”, an 18-year-old white woman with a “badass attitude.”   Then there is “Simone”, 16, who is Star’s half-white, half-black sister.  She’s simply described as “tragic and adorable.”  And finally, Alexandra, a black woman around the age of 20. Though she’s described as “elegant” and “classic,” she wants to abandon her “material world” in the hopes of making “real, authentic music.”

So, what do you think of the concept of Star and the characters? Daniels, who is always a trendsetter and one to shed light on an under-represented part of the population is putting a transgender character to the mix, as the trans community has been garnering more media attention of late.  Finally, who would you suggest to the play the four lead characters? Put your casting director hats on, and then share your thoughts below!

Y&R's Melody Thomas Scott To Share Paranormal Experience On LMN's THE HAUNTING OF!

su0000, these four characters are for a different show. But I totally agree with you about the Cookie overkill. Too much of a good thing is … well… a bad thing.

Su0000 read the article before commenting. Is a new show casting the PILOT with four characters in the world of entertainment. .. it’s not four characters for empire .. LOL. ..SMH

The casting is for a “NEW” show called Star.

ooops on me!
thanks for the correction ..

You knew what you were doing su0000 knock it off lol

EMPIRE is getting a little one note with its sole focus on the music business — surely Lucious has holdings in some other sort of businesses to mix up the plot a bit.

STAR would do well to focus on the worlds of film and modeling as well as music to open up as many story avenues as possible for its characters.

Yes, so tired of all the singing. I get it’s about the music biz, but come on! Stop trying to sell me an album.

Oh please not another show shoving a trans character down my throat. If I want a quality show on the issues of the transgender community I will keep watching “Transparent” on Amazon. And Lee Daniels is getting a little cocky. Empire is phenomenal but the last thing any one wants is Empire Another Perspective….

Nobody is shoving anything down your throat. If you want to turn a blind eye to a segment of humanity, change the channel or shut off your TV. There are, oh, about 10,000 shows that don’t feature any transgender characters so you should be able to find something to suit your tastes.

You don’t have to watch the new show. No one is forcing you to do so. All you have to do is use your remote to change the channel.

You’re right I do not have to watch anything I choose not to, however….my feelings on the situation are less valid regardless of the lame admonitions I am receiving for speaking my mind. Your feelings are yours and you are entitled to them. However I stand by mine and if I choose to change the channel or turn off my television it will be MY decision and mine alone. Not any one else’s so keep your passive aggressive directions aimed at you or your family and leave me to express my feelings as I see fit. Point and match.

We’ll see. I think he needs to concentrate on Empire though. The premiere ep this season wasn’t good. It has improved, but there are areas of improvement. Several of my co-workers who used to love the show are saying they’re going to stop watching.

I like Empire. I think it is still good. The season is now 18 episodes so it can’t move as fas paced as last season. Terrence and Taraji are still bringing it and I am loving the focus on Andre. Shows have to develop and can’t be bang, bang every week but like I said, I have no issue with it and I love the music. It’s about a music company and both Timbaland and Neyo are handling the music so I expect to see performances. But to each its own.