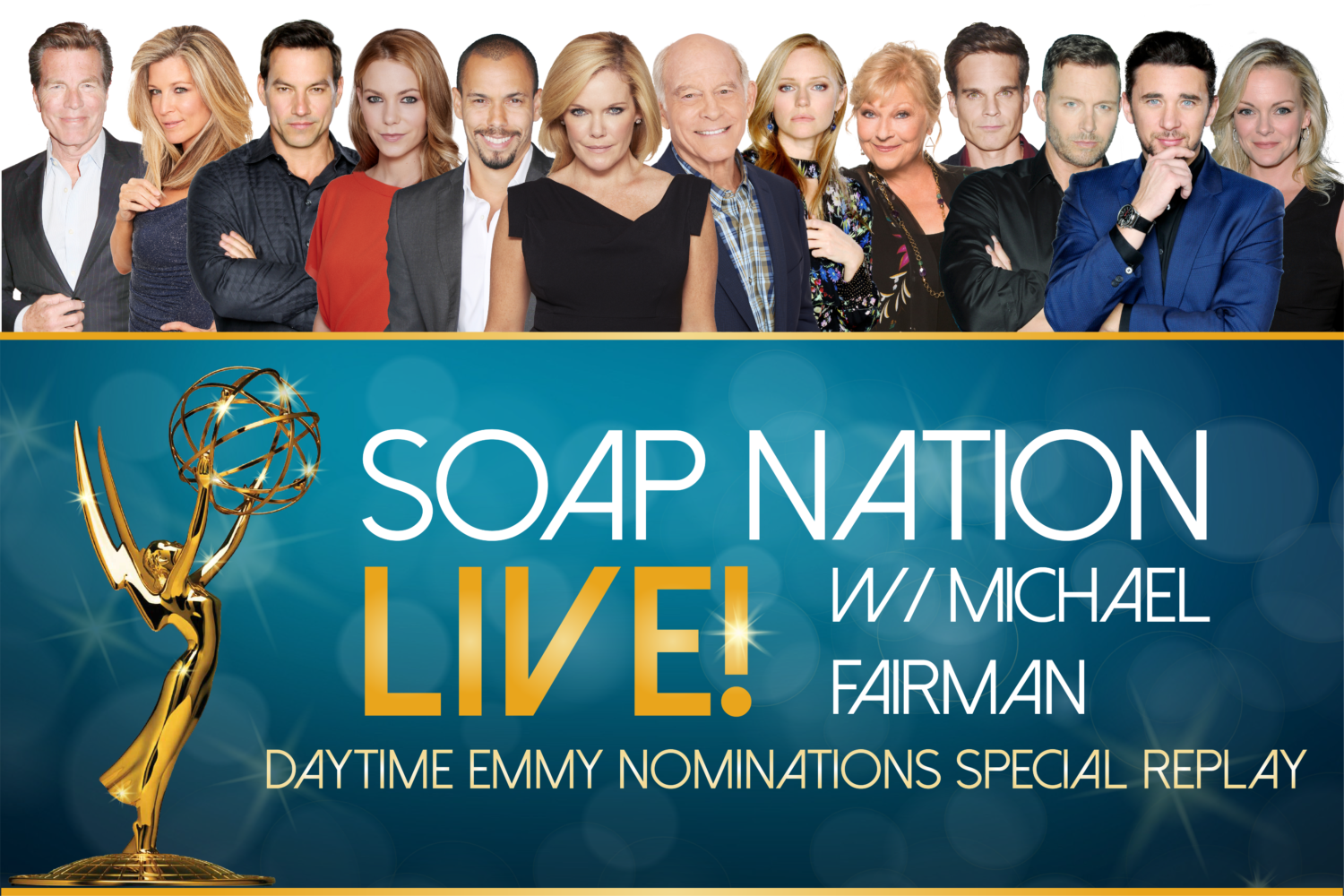 If you missed Wednesday night’s broadcast of Soap Nation Live! with Michael Fairman‘s sixth annual Daytime Emmy Award Nominations special, you can listen to the replay of the episode right here!

To kick-off the 46th Daytime Emmy Award season, Soap Nation Live! welcomed several of the just announced nominees (the nominations were revealed earlier in the day on CBS’ The Talk) in the major daytime drama performer categories to get their reactions, and thoughts on going for gold at the upcoming May 5th ceremony.  In this two-hour plus lively and entertaining podcast that was originally live-streamed, you can hear the excitement and joy from the actors and their support of one another and their work in the daytime community as they celebrate their nomination.

Joining Michael in-studio was his very special co-host, Days of our Lives, Arianne Zucker (Nicole), as well as NATAS’ SR VP Daytime Emmy Awards, David Michaels.  In addition, former DAYS star, Shawn Christian (Ex-Daniel) was in-studio with the trio, and often popped on to the mic and bantered with some of his longtime pals who received Emmy accolades. 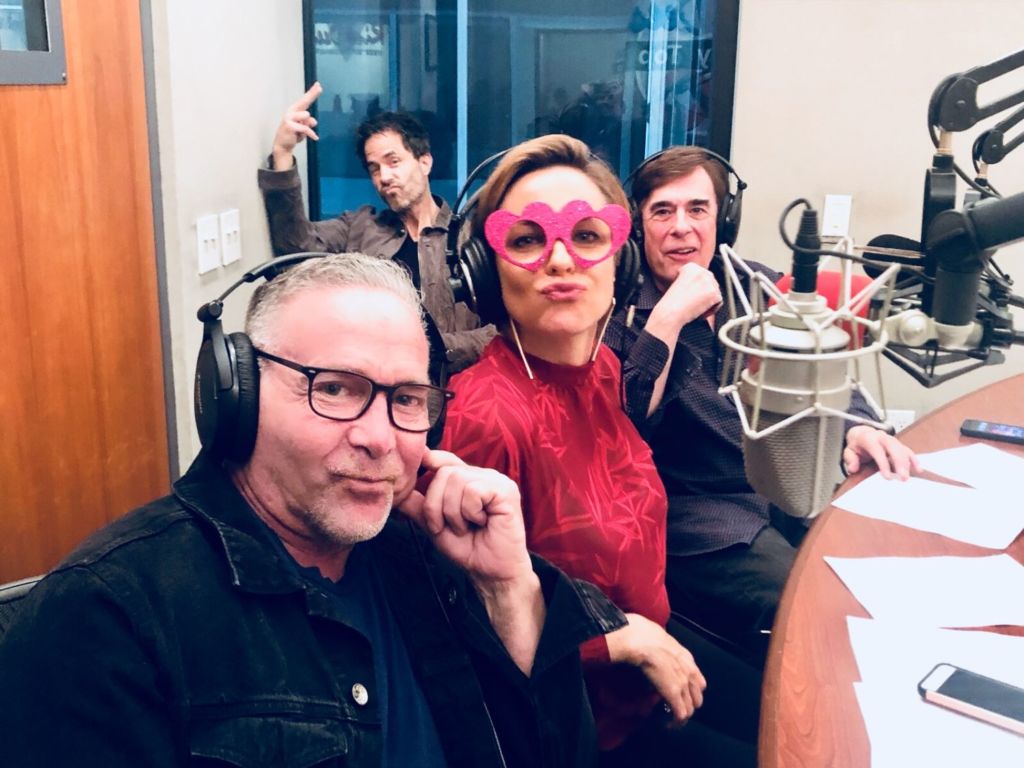 During the broadcast Michael, Arianne, and David chatted with many of our favorite soap stars who shared publicly for the first time what scenes they submitted that earned them a nomination from their peers, and more.

During the live broadcast, listeners were able to ask questions of our guests, or co-hosts.  At the end of the episode, one lucky caller won our “Game Show Daytime Emmy Trivia” and received 2 VIP tickers to the upcoming GH Fantasy Event, “Teals Got Talent” in Philadelphia on May 4th to benefit The Sandy Rollman Ovarian Cancer Foundation featuring GH stars: Michael Easton, John J. York, Lynn Herring, Kathleen Gati and former GH favorite, Rebecca Budig.  In addition, the lucky caller won 2 tickets to the fan seats at the upcoming 46th annual Daytime Emmy ceremonies in Pasadena, California on May 5th.

And …  if you are interested in attending this year’s 46th annual Daytime Emmys in the fan seats, here is where you can also purchase your tickets.

Now below, settle in and press play and listen to our replay of Soap Nation Live! with Michael Fairman’s Daytime Emmy Nominations Special 2019.   Then let us know, what was your favorite part of the broadcast via the comment section below.

GENERAL HOSPITAL Dante Comes Home; But He’s Tortured In More Ways Than One