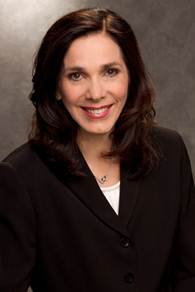 There has been a big promotion inside of CBS Daytime and it happens to be for one of our long time colleagues, Margot Wain!

In her new position, Wain will continue as the current executive on daytime’s top two dramas, The Young and the Restless, The Bold and the Beautiful and the #1 daytime show, The Price is Right, working with writers and producers on all day-to-day creative and strategic elements.

Wain began her career at WBBM-TV Chicago as a researcher in news, moving up to writer/producer for a magazine show and then news writer.  She transferred to CBS in Los Angeles working in the Program Practices department, and later joined Daytime as Manager before being promoted to Associate Director and then Director.

Margot has been associated with The Bold and the Beautiful since the daytime drama’s premiere in 1987.  She also was involved in Daytime development, working on the now defunct CBS soap Capitol, and several game shows including $25,000 Pyramid!

So CBS Daytime fans, what do you think of the promotion of the day to day creative and strategic elements of Y&R and B&B under Wain?  Comment below!

Sheryl Underwood Reveals Her Childhood Secret On A Heartbreaking Segment Of THE TALK!

First order… Bring back Guiding Light!!! Not likely, but had to say it!

Daytime TV is struggling to stay alive because it stinks..
No soaps will ever be brought back to network TV no network wants the financial burden..
I’m happy that PP has kept 2 soaps from the soap opera graveyard.. 🙂

Daytime TV days are numbered, some day it will be full of infomercials and cheap talk shows.. There is no quality in daytime TV but the soaps and they are very expensive to bring to air..

You are a very right…sometimes i disagree with you but you are right here…none of the three networks will ever revive an old soap or introduce a new one…too costly…Daytime tv will never be as good as it was in the 1960s and 70s when soaps were king and if you didnt like them, there were plenty of alternatives…except for the soaps i rarely watch anyting else during the day…

Never a fan when networks have a hand in the creative end of producing a daytime drama– but I guess at least she has some soap experience so maybe she be more interested in creating the best product instead of the cheapest one. Don’t know how she and JFP get along, but hopefully she can reign her in and make sure they don’t destroy what took Bill Bell a lifetime to build.

Steve kent’s firing will do for a starters. Then fire angelica mcdaniel, jfp Bradley bell. Move Kay Alden back to y and r and put josh griffith as co headwriter. B&B i dont know if the best writer could save your soap since most of your core cast is gone. I love Katherine Kelly lang as an actress but Brooke does not need anymore men.

I think B&B should expand to one hour and Y&R should be
reduced to a half hour.

They make too much money off of YR. It’s been their Daytime cash cow and the cornerstone of their #1 Daytime lineup for over 25 years.

Days and GH may need to step it up if they want to stick around.

DOOL and GH have been stepping it up. What is hurting
them are the good ratings for YawneR. When people
see Y&R is #1 in the ratings, they think it must be #1 in
entertainment. Y&R is stinking things up for the others.
YawneR needs to step it up before it kills the chances of
the good soaps!!! Remember, there are some non soap
fans willing to give a soap a try. Chances are, they’ll
view the #1 rated soap first and then no other, thinking
they all are bad because of the sloppy Y&R!

I don’t know what a septic tank smells like so I’m not sure that’s a good analogy.

Regardless of how you feel about YR, it’ll continue to be the #1 show for a while…unless Phelps kills it.

I hope this Margot chick handles her.