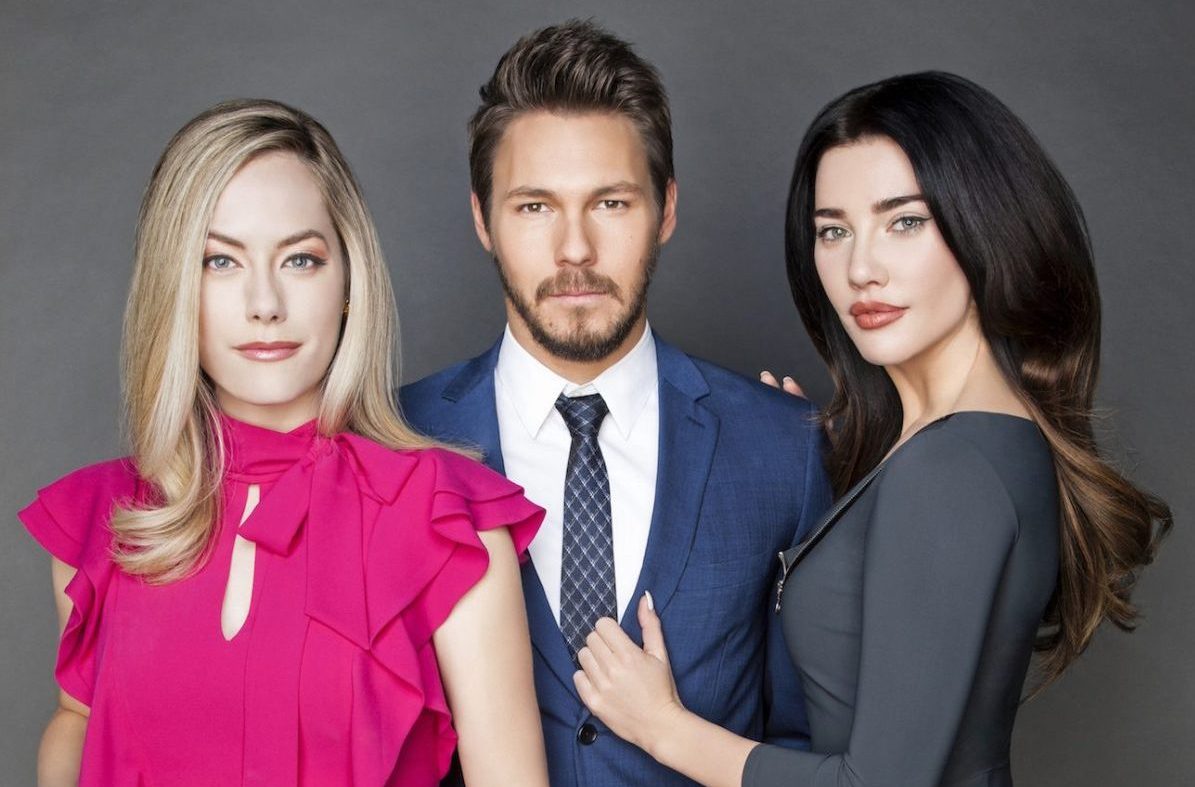 Late Monday night, following social media postings by a few of its cast members, more information and protocols came to light which have allowed The Bold and the Beautiful to be the first U.S. daytime drama to go back into production; following the halt in taping new episodes due to the coronavirus pandemic.

According to Deadline which shared details on how B&B will handle on set and taping health protocols; the move reportedly also  makes B&B the first U.S. broadcast show back in production as well in the midst of the pandemic.

The series is hopeful that by starting production this week, that it can have new episodes for its viewers by early to mid July, but no concrete date has yet to be revealed.

Here is what we know:

*The series will go back into production tomorrow on Wednesday. June 17th.

*The cast and the crew were tested for the coronavirus on Monday, with regular testing a key part of the new protocol.

*Everyone will work shorter days with staggered call times and smaller amount of cast on set at one time. To accommodate that, some of the scripts that had been already in the can were reworked.

*The Bold and the Beautiful has hired a COVID-19 coordinator who will be on set at all times, insuring that the production follows the safety guidelines.

*And reportedly, all cast and crew members will be required to wear masks at all times except for actors when they are filming a scene.

Of note: filming will follow COVID-19 safety protocols set by LA County, the City of Los Angeles and Television City’s owner Hackman Capital Partners, and its resumption became possible after the producers reached agreements with the Hollywood guilds.

So, what do you think of how B&B has safety measures in place and is ready to roll and begin taping new episodes during COVID-19? Share your thoughts via the comment below, and let s know if you are excited to see new episodes of the CBS soap since the last original episode aired back in April?

B&B Cast Members Reveal The Soap Is Back In Production!

Are you saying the millions of people who have it and the hundred thousand plus who have died are overreacting? That doesn’t sound like nonsense to me. It’s a new world out there Mark.

They are filming normally… the article states that actors won’t be required to wear masks during their scenes, just when they are not taping. And if they have to rework scripts to accommodate fewer cast members in a scene together, will that really impact the show all that much? The majority of scenes, on B&B especially, are between two or maybe three characters.

Amen. I’m a Critical Care Rn. Try and tell me this horrendous disease is nothing…

Why do you object to the requirements that have to be followed in order Bold and Beautiful to start production again? The health of all the actors and others working on the set is extremely important.

FYI COVID 19 is not the average run of the mill cold/flu virus. Google Nick Cordero then explain to his family what this COVID 19 nonsense is. Then google the medical reports detailing the damage to the lungs of Covid 19 patients. Then go on to the discussion of lung transplants performed on
COVID 19 patients. You are welcome for the education!

Wow really, wake up, this virus has killed millions and I lost friends too it and that’s your comment, don’t be idiot, they are not going overboard.

overboard? You are truly an ignoramous.

I hope they are successful and that the other soaps soon follow suit. Good luck!

I still say it’s going to be very tough to do a soap with the conditions we’re under.

What happens to your clothes after taping? Can we buy them??

I am soooo happy for everyone. I think it’s great,that they have someone that is an expert at covid 19 to monitor things to keep everyone healthy. Even though we may feel like one by now, it’s best to have one so you artists can focus on your stories to share with all of us. Much Love and Happiness coming your way.

I am so excited for the actresses to get back to filming new shows. And yes keep them all safe as they are filming. Can’t wait to start watching again missed watching them all !!! Good luck crew and be safe !!!!!