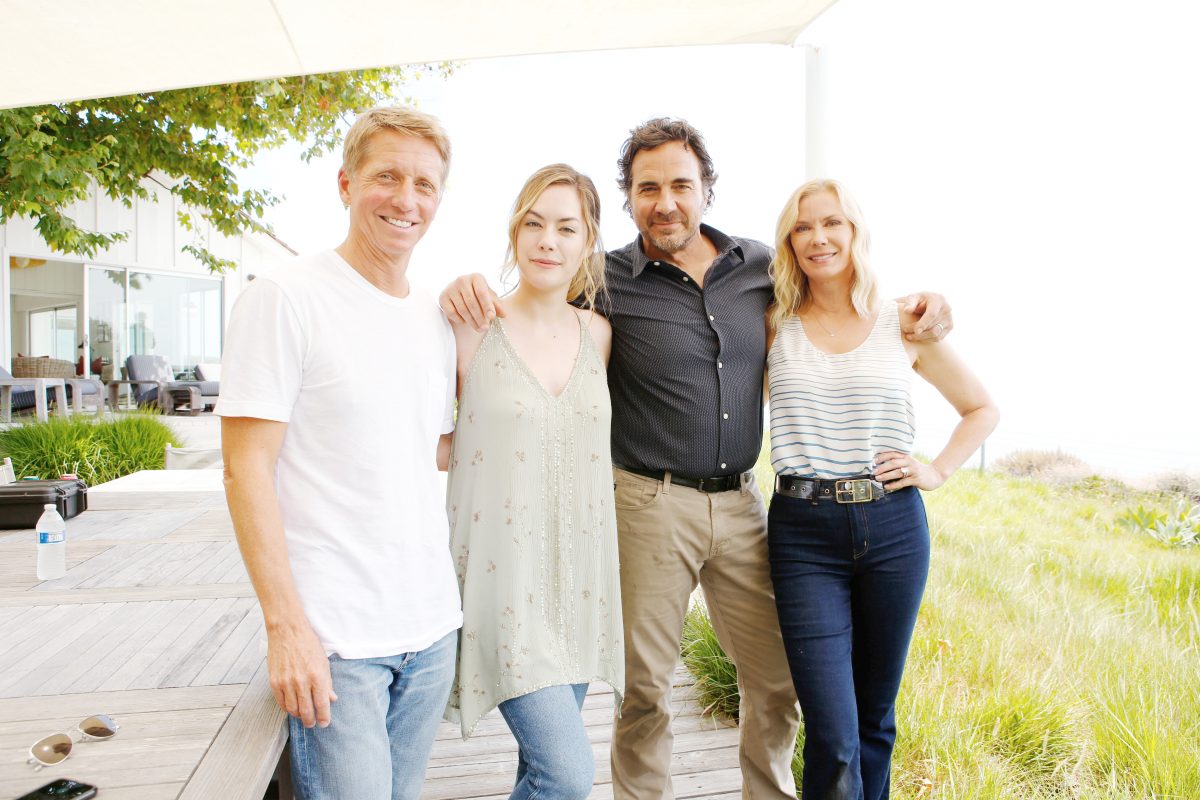 Modifications in the times we live are coming on how taping new episodes of The Bold and the Beautiful will look; following the news that the CBS Daytime drama becomes the first U.S. network show back in production when it resumes today on Wednesday, June 17th.

The executive producer and head writer of the series, Brad Bell spoke to The Hollywood Reporter and divulged the changes that are now in place for the safety of the actors, crews, producers and how they are going to tape love and kissing scenes which are so commonplace and entrenched in soap operas.

Bell told THR on how he will deal with close contact, kissing scenes and even sex scenes that are such a staple of soap operas, noting: “We’ll really rely on our directors to employ all techniques. Actors will shoot eight feet apart, following all the safety standards, but use the tricks of the business. We’ll shoot one side of the couple in a romantic scene alone in the room, but looking at a spot very close to them, and then shoot the other side alone. When we edit it together, it will look like they’re nose to nose.  It will increase post-production. We’re also bringing in, in some cases, the husbands and wives of the actors as stand-ins for their characters’ significant others. So if you see hands touching faces in close proximity from a wide shot, instead of a stunt double we’ll have a love-scene double, where it will be the husband or the wife doing the actual touching. Then when we edit it together, it will look like our couple on screen. And we’ll probably also be using some of the classic, old-fashioned tricks of soap opera, where when things heat up, we pan to the fireplace or pan to a candle to indicate things are getting hot (laughs). All in all, I think a lot of it will be done with the eyes and the voice, and there can still be love in the air and romance on the screen from a safe distance.”

The EP and head writer also let the industry know just how he has set his production to be efficient and safe in the times that we now live,  Brad revealed that there will be plexiglass in the show’s booth and control rooms between the director, the AD, and the the technical director, and that all production people will be at least six feet apart and divided by plexiglass, as well.

Brad also shared that they will be limiting the number of people on set at any given time, and that they need to keep the actors eight feet apart at all times; which he says, will be “tricky, especially during love scenes.”

In terms of testing for COVID-19, Bell elaborated on a schedule they are adapting for everyone involved with the show: “Actors will be tested at least once a week, maybe multiple times a week. All production personnel will be tested on Mondays, and we’ll be filming Tuesday through Friday.”

The show hopes to have new episodes delivered to its loyal audience within a few weeks of taping,   Stay tuned for updates.

So, what do you think about the protocol Brad Bell had put into place for B&B’s safe return? How do you think the love and close contact scenes will play amidst the pandemic? Comment below,

If anyone can do this, Brad Bell and his ace editing team can. He has pulled off miracles before. But, boy, this is going to be a lot of work!