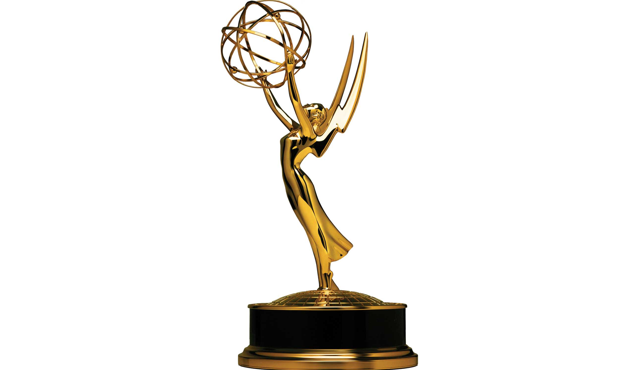 NATAS (The National Academy of Television Arts & Sciences) released today its independent review of the 45th Annual Daytime Emmy Awards, which came on the heels of a potential threatened boycott by executives and notables from the four daytime drama series, if certain procedures were not addressed and their concerns not heard for continuing to participate in the annual event scheduled next year in May.

Michael Fairman TV spoke with NATAS president, Adam Sharp, to ask pointed questions based on the findings of the independent investigation reports findings. That interview will be posted later today.

For now, here are the official report findings released to members of the press this morning ad how the Daytime Emmys and NATAS will address the concerns at-hand.

“From NATAS: On July 30, The National Academy of Television Arts & Sciences (NATAS) commissioned an independent review of the 45th Annual Daytime Emmy Awards, and in particular, concerns raised by members of the Daytime television community regarding its policies and procedures.  The law firm of Fletcher, Heald & Hildreth of Washington, DC, was engaged to conduct this investigation and report their findings and recommendations to the NATAS Board of Trustees.  The nature of their engagement was as neutral finders of facts and not as advocates for or representatives of NATAS.  Their work is now complete, having included a review of thousands of pages of documents and emails along with several days of interviews with NATAS staff and competition participants.

The resulting report was presented to the NATAS Board of Trustees on Friday, November 2.  It is thorough and fair. It levies criticism where criticism is due. And it rightly identifies many ways in which we must do better.  To that end, NATAS strongly supports and intends to substantially adopt the Fletcher, Heald & Hildreth recommendations:

We will update and clarify our rulebooks. When we release the 2019 Daytime Emmys “Call for Entries” on November 12, we will update several category criteria to eliminate opportunities for confusion. We will in particular update the requirements in the performer categories (which are at the heart of much of the concern we heard), and we will more specifically define terms such as “episode” where relevant. Additionally, we will audit the guidelines for our other Emmy® competitions to similarly reduce confusion and differences across competitions

We will provide additional resources to the Daytime Emmys:. The 2018 Daytime Emmys generated a record number of entries and tremendous growth in both in-hall and at-home audience, but we did not scale our operations commensurately.

We will add at least one full-time and several part-time positions to our Daytime Emmy® Awards team. While all our staff contribute in meaningful ways to every part of the process, we will divide the leadership of this growing team such that — consistent with the report’s recommendations — the competition and show production will be led by different members of our senior executive team.

Senior Vice President David Michaels will again serve as Executive Producer of the May ceremonies, focusing his energies to build on the success of the 2018 shows, but Executive Director Brent Stanton will take independent and separate responsibility for overseeing the competition.

For processes with potentially adverse results, such as entry disqualification, there will be new and additional review steps — a “second pair of eyes” — and there will be new requirements for documentation. This will help ensure that decisions and guidance are consistent and metered out fairly, and that the handling of such events is appropriately documented.

We will better articulate and make public our core policies and procedures. We will be tasking the Awards team with more specifically documenting and publishing:

We will distribute these improved resources as they are completed in the coming months, and will provide coaching around and strict enforcement of these policies and procedures.

We will apply our rules consistently and transparently. We will no longer readily grant deadline extensions or other extraordinary exceptions to our rules. Any technical assistance or waiver we grant must be provided equally to all entrants in an affected category, if not the competition as a whole. And any such assistance or waiver will be documented.

We will seek to work more closely with the Television Academy. Recognizing that participants in the Daytime Emmy® competition may be more likely to be members of the Television Academy than of NATAS, we hope to better engage our sister Academy in our processes (as representatives of their members). These efforts could include:

We appreciate that the missteps of this and of past years may have impacted some entrants’ confidence in the Daytime Emmy Awards, and we are absolutely committed to earning back their trust.  We believe that through these and other improvements, we will once again meet the expectations all participants rightfully have of us.”

So, what do you think of the independent report findings? Do you hope the four network soaps will now participate in the upcoming competition? Share your thoughts below.

Y&R Brings Back The Role Of Devon’s Sister, Ana Hamilton

DAYS Launches The DOOL App, A First For A Daytime Drama Series Featuring Exclusive Content With The Cast & More

Daytime Emmys have long outlived its time. It’s boring and stupid, actually.. Nobody really gives a hoot about anything daytime to cause it to have ’emmy’s’ LOL Also– whenever there is a competition to be judged the names of the judges are known/given. I have never heard the names of the judges; who in the heck is judging the soap awards, why so secret. The judges should be publicly named. I rarely agree on the picked winners, many that do not submit their entries had much better performances than the winners. Daytime Emmys come down to buying a new expensive… Read more »