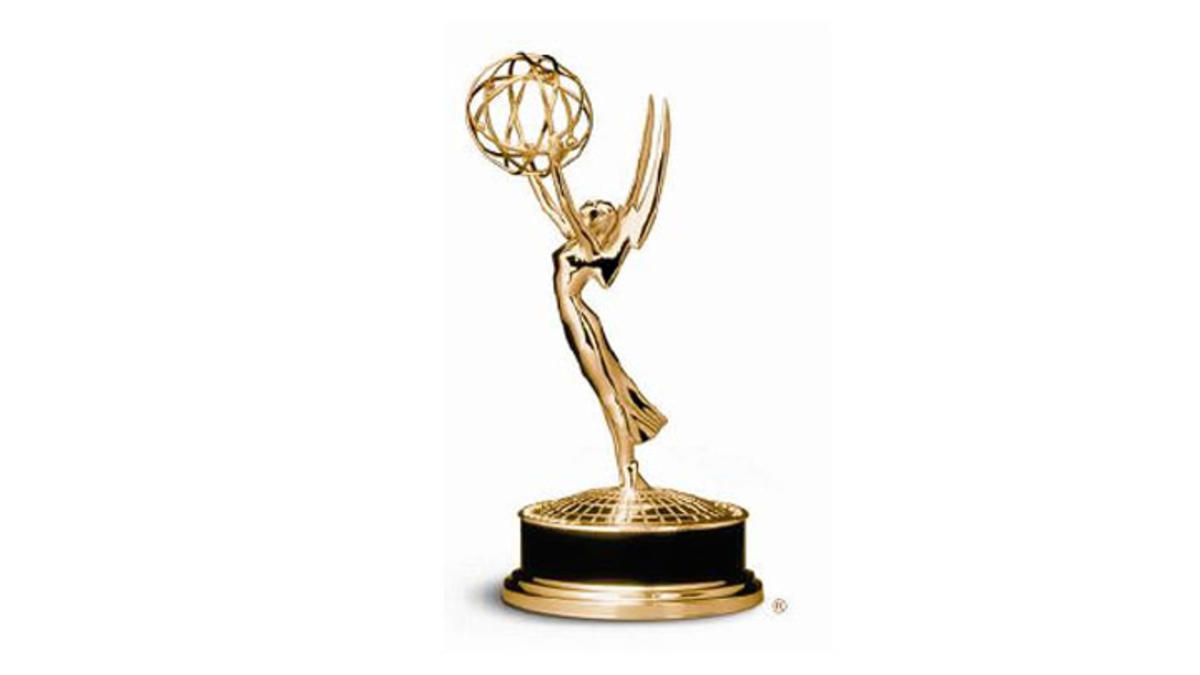 There are changes afoot behind the scenes for the Daytime Emmy Awards and for its organization The National Academy of Television Arts and Sciences.  Under a reshuffling and reorganization announced on Thursday, Steve Ulrich had been promoted to Senior Vice President, Production and Events, which is a newly-created position.  Ulrich will now handle the planning and production of several award ceremonies for NATAS including the Daytime Emmys.

The events under Ulrich will now include: Daytime, Sports, News & Documentary, and Technology & Engineering Emmy Awards ceremonies, plus the National Student Production Awards and other events.

Michaels took to his Facebook page and expressed: “I have decided to move on from the Daytime Emmys. I am proud to be leaving it in much better condition than it was when I arrived and am very proud of the show and competition I just did.”

NATAS President and CEO, Adam Sharp said on the shuffle to Variety that with this new job title and responsibilities for Ulrich, NATAS was looking to “create greater independence and differentiation” between the production of the award ceremonies and the top-level administration of the Emmy competitions.

READ MORE
John Legend To Guest Star on 'This Is Us'

In a statement Sharp said, “Like so many of the programs and producers we honor with EmmyAwards, NATAS has expanded and engaged its fan audience through an increasingly diversified array of platforms.  This realignment allows our leadership team to think more strategically across all our programs as we work to serve this growing audience. Further, it builds on efforts initiated last year to strengthen confidence in the Emmy Awards process by responding to concerns raised regarding common oversight of awards administration and production.”

NATAS also announced that Lisa Armstrong, who joined in February from the New York Festivals and nearly two decades in the music industry, will now be director, production & events.

So, what do you think of the changes at NATAS and what it means for the Daytime Emmys? Share your thoughts via the comment section below.

GH’s Trans Actress Cassandra James On Her Portrayal Of Terry: “It’s Not Lost On Me The Importance Of The Work I’m Doing”

My wish is that Hallmark picks up the 2020 Daytime Emmy Awards to award daytime fans.

I just hope it means bigger and better things for the Daytime Emmy Awards. Maybe an even better treatment of the stars and fans.

To whomever is in charge .. it’s time to – let go – ALL the emmy panelist who vote on whatever category they were assigned.

heck.. if the actors who so diligently “thank” the fan… who watch 365 days a year.. are not a part of… let the “fan” be a 1/3 of the voting process ???
the writers from SOD magazine… and/or soap confidential… MFtv.com…the press 1/3

AND change the actors who “volunteer” their time.. get them involved… for those who actually CARE about this genre. they are highly paid… for a genre that by all accounts no longer exist.. and is hanging by it’s own lifeline. stranglehold

somehow… it’s got to be ALL reshuffled.

WOW .. I thought the year Steven Burton @GH and Scott Clifton @B&B SUCKED . with Maurice Benard and Jacquee Innes.. or whatever her name is (just sucked the life out of any thing left of Emmy)… by spreading the emmy around and just disregarding quality work? .. and believe you me… their was clear frontrunners . why should any one take this genre… with any respect ?

I have accepted the fact that this genre has nosedived… with such bad writing… that it no longer cares to be taken seriously. 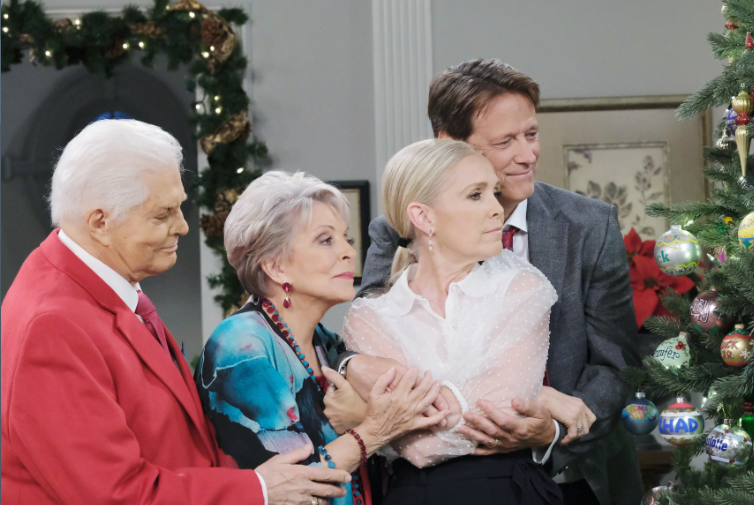 Very exciting and hopeful news Days of our Lives fans, and those of the soap genre, coming out of the NBC Television Critics Association Winter Press Tour in Pasadena, California Saturday morning.

During the lead-off executive session, NBC Chairman Paul Teledgy opened up about the status of Days of our Lives with the network since no official announcement had been made on their end as to the renewal pick-up of the beloved daytime drama.

However, Teledgy revealed:  “We are in a middle of finding out very soon,” and then added, “Of course Days of Our Lives is going to carry on. We love it. Millions of Americans watch it every week. I know that will be good news for the fans.”

Teledgy also told Deadline after the executive session that negotiations are still ongoing and the series will stay on NBC, and will not be moving onto the upcoming Peacock streaming service said to bow very soon.

The chairman’s comments come nearly two months following DAYS executive producer, Ken Corday’s comments to the cast that the show had been renewed for its upcoming season.  That came on the heels that for cost-cutting measures, during the dark months, that the cast had been let- \out of their contracts.

But as usual at this time of year, NBC, Sony (the soap’s distributor) and Corday Productions are engaged it the renewal window which also happens at fall at the beginning of the new year.

Now, it looks like there is no doubt there is more Salem to come! Buckle-up for more intriguing stories within the series innovative time jump in the coming months … and that the four networks soaps are all here to stay for now.

Grahn took to her social media with a post and an image of her and fiance’ while in his hometown of Eugene, Oregon.

Nancy expressed: “With my soon to be husband in his hometown, Eugene Oregon, right in the spot where he got his 1st kiss. 💋 #CircleofLove”

This will be Grahn’s first marriage.

With my soon to be husband in his hometown, Eugene Oregon, right in the spot where he got his 1st kiss. 💋 #CircleofLove pic.twitter.com/qQDYIb8l3i 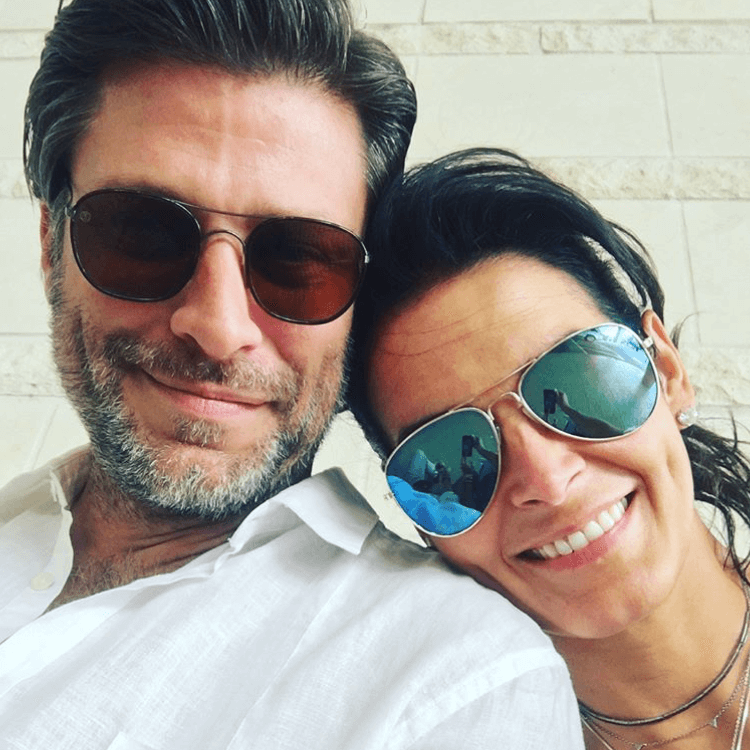 Days of our Lives Daytime Emmy-winning actor, Greg Vaughan (Eric Brady) certainly had a surprise for his gal, Angie Harmon over the Christmas holiday.

Harmon, the former Rizzoli and Isles star, was in shock and in pure joy when Vaughan proposed to her on one knee during their Christmas gathering with his three sons and her three daughters present.

Vaughan re-posted the Christmas photos of  the proposal to Angie, along with his sons and her kids, following the engagement where he expressed: “Well…that was FUN!!! 😜 Repost @angieharmon Marry, Marry Christmas!! ❤️🎄 #moderndaybradybunch #blessed #grateful #family #christmas2019 Wishing you all the most wonderful holiday from our family to yours!” 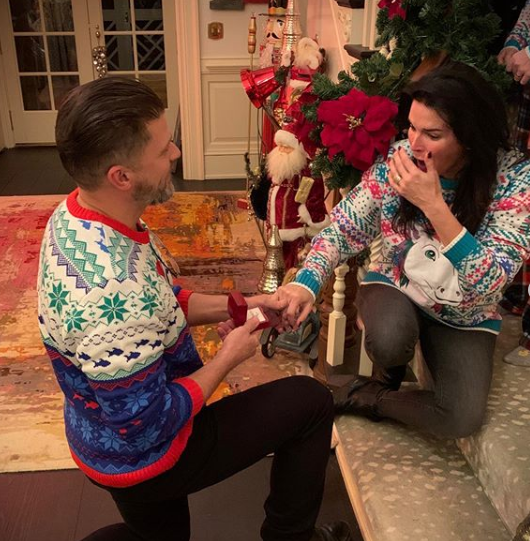 So it looks like it was a ‘Very Brady Christmas’ ala The Brady Bunch, and of course, a play on Greg’s Salem character of Eric Brady, especially when the couple used the hashtag #moderndaybradybunch with their pics on social media.  All six children along with Harmon and Vaughan, were donning matching holiday sweaters.

Marry, Marry Christmas!! ❤️🎄💍 #moderndaybradybunch #blessed #grateful #family #christmas2019 Wishing you the most wonderful holiday from our family to yours!

Share your congrats and well-wishes to Greg and Angie and their family on their engagement in the comment section below.

READ MORE
Daniel Goddard's Heartfelt Farewell On His Last Y&R Airdate: "I Love Each and Every One of You, You Will Never Truly Know How Much You Mean to Me."
Continue Reading
Advertisement