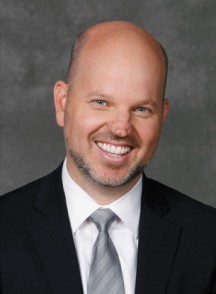 CBS is having a changing of the guard at the very top. Nina Tassler, the woman who has been serving as the President of CBS Entertainment and has an 18-year-run with the network, has decided its time to leave her position.

She had re-upped in 2014 with a new four-year deal. The decision for Tassler to leave in the middle of contract came by surprise to many.

But according to Deadline, “Tassler dismissed any speculation that something precipitated the move, saying that it was just the right moment for her. With The Talk and the entire CBS daytime lineup in good shape, a new late-night block in place and primetime solid, with a superhero new addition in the high risk-high reward Supergirl, which Tassler is particularly proud of, she said she felt she could leave without leaving unfinished business for her successor.”

Tassler informed CBS CEO Les Moonves about her decision in what has been reported as a teary-eyed lunch back in July.  Hollywood Reporter said during the meeting, Nina related to Les, “I think I want to go. I’m writing this book [What I Told My Daughter, Lessons from Leaders on Raising the Next Generation of Empowered Women], I have a couple of plays I want to do, I have a couple of movie projects, and my daughter is starting high school and I don’t want her to leave the house before I have more time.”

It was during that lunch that the two powerhouses decided that Glenn Geller would replace Tassler, and that he was the perfect guy, in part based on his analysis and taste in programming over recent years.  Geller has been with the company for 14 years.

Geller was informed this way according to Deadline: “It was a couple of months ago, in late July when Nina said, ‘We are going to have a meeting with Les today. When we were finished, Les said, ‘This was part 1, now there is part 2 of the meeting. Nina is stepping down at the end of the year.’  They looked at me with this smile on their faces. ‘You are the next president of CBS Entertainment,’ Les said. It was not a question, it was declarative.”’

Because the cat was not out of the bag till yesterday, Geller continued his full-time on his job as head of current programming for CBS, the CW and CBS Studios.  As for what types of shows, Geller would like to see on the air under his new tenure, he related: : “It is no secret that procedurals work well on CBS.  In the last few years, our procedurals stepped up the relationships and the characters on the shows, and you are going to see a lot of great character relationships in comedies and dramas on CBS.”   The executive went on to say: ”I’m proud that CBS brought back such a big number of (freshman) shows, it is kind of unprecedented. That includes dramas Scorpion, NCIS: New Orleans, Madam Secretary and CSI: Cyber and comedy The Odd Couple — all coming from CBS TV Studios — as is Jane The Virgin, renewed by the CW.”