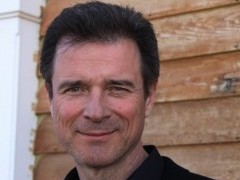 Three of One Life to Live’s most beloved fan favorites Ilene Kristen, James DePaiva and Tonja Walker have signed on for Tainted Dreams, a new dramedy providing a rare, realistic view behind the scenes of producing a daily scripted drama.

Ilene Kristen, the original “Delia Reid Ryan” on Ryan’s Hope and most recently, her twice Emmy-nominated role as the outrageous “Roxy Balsom” on One Life to Live, will play “Vivian Park,” the estranged mother of soap star, “Liza Park” played by Natalia Livingston. Kristen is also no stranger to the Broadway stage appearing in the original Broadway cast of “Grease.” She is credited on the original 1972 Broadway cast album (along with Adrienne Barbeau as Rizzo and Barry Bostwick as Danny). A talented singer and songwriter, Kristen frequently performs a catalogue of her own original music on the New York City cabaret scene, and she has made numerous guest appearances in primetime and independent films.

James DePaiva, who played sexy, heart-throb “Max Holden” on One Life to Live, will play “Eddy Parish,” an honest, hard-working NYC cop married to a high-profile, powerful network executive. In real life, DePaiva is married to his former co-star, the inimitable Kassie DePaiva (“Blair,” One Life to Live.) James began working at age 15 as a professional musician, a bass player. Eight years later, DePaiva back-burnered his musical career to focus on acting, and he quickly landed a recurring role as a waiter who tried to romance “Holly Scorpio” (Emma Samms) on General Hospital. Not long after his short stint on GH, DePaiva auditioned for the role of “Max Holden,” and for the next 15 years, he was one of daytime’s hottest hunks. After leaving the role of “Max,” he took up directing for both One Life to Live and As the World Turns. In 2006, James directed the suspense thriller Undone starring many of his former One Life to Live cast-mates, including his wife Kassie, Heather Tom, Forbes March, Roy Thinnes, Dan Gauthier and Timothy Stickney.

Emmy-nominated Tonja Walker, known for her portrayal of two volatile, dangerous women “Olivia Jerome” on General Hospital and “Alex Olanov” on One Life to Live, is slated to play “Eddy Parish’s” (James DePaiva) domineering sister-in-law, high-powered attorney, “Tina Scott.” Walker has starred in a number of pilots for television, episodic TV and films. She is also an accomplished singer; during her 15 years in Daytime television, Walker made singing tours across the country opening with national recording artists and in her own one-woman show in LA, New York and Las Vegas. Her first venture into production, earned her a Tony nomination for BEST PLAY, as the associate producer of “Enchanted April.” Her production company, TWD Enterprises produces film, literature, television, music and theater that uplifts, entertains and inspires the public. In 2005, Walker successfully produced her first film – The Derby Stallion. Tonja discovered Zac Efron and cast him in his first lead role in film in the award-winning, critically-acclaimed Derby.

Tainted Dreams begins filming next week in and around NYC July 29.  What do you think about the additions of James DePaiva, Ilene Kristen and Tonja Walker to the Tainted Dreams cast list? Comment below!

DAYS Deidre Hall On Soaps: "The Two ABC Shows, AMC & OLTL Were Canceled By a Man Who Was Not Very Knowledgeable About What He Was Doing!"

OWN's Summer Fling with All My Children & One Life to Live Ratings Revealed! What is Your Take On the Numbers?

It’s fabulous!!! So glad they have acting jobs!!!

I am so excited to see this. Can’t wait. Will it be showing online?

Great to see these OLTL stars again!! I hope each of them can appear some time
in Prospect Park’s LLanview. Hillary B. Smith does One Life and also is in Venice- the series. I think the new OLTL could stand at least a visit ( cameo) from Max, Roxie, and Cutter’s ” mama” Alexis.

Where will Tainted Dreams be broadcast? Is this a movie or series?

I look forward to watching this drama/soap it looks great with many old faces and what seems a perfect story line (death of a soap). I’m really enjoying the reboots of AMC and OLTL which are only getting better since they first premiered, but am very tired of having to fight for them. If Prospect Park is the only company/network that airs them then I say more power to them for being innovative thinkers. The OWN network choose to air repeats (which I get) but are they really surprised at the numbers. I do DVR but do not watch since… Read more »

I think this is wonderful.

They have a pretty impressive line-up of actors, so I’m going to watch for sure…at least to give it a chance. I never thought I would watch online shows, but since I’ve gotten an iPad, I’ve been watching AMC/OLTL so I’ll just add one more.

I’ve been trying to find out when the shows are scheduled to start airing, but can’t find any info so far. Anyone???

Good for them! But not gonna lie, wish we could get them back on OLTL lol!

Great cast. Who is writing this?

I wondered why James DaPaiva didn’t return to OLTL before it went off of the air. I always liked him and Blair together.

Where can we find this online when it is available?

What channel will it be on? I wish Roxy would come back on OLTL instead!

Wishing it were on OLTL, maybe in the future! Sounds like it will be great with all of the talented actors and actresses included in the cast. Best wishes to all of them. Hope OLTL is around long enough for them to come back to it too!

If we can’t have them on OLTL it’ll be wonderful to see all 3 of ’em back on screen in anything! They made their previous soap opera characters so enjoyable, I’ll be following “Tainted Dreams” as soon as it begins!

I will be watching this show for sure. I love the cast members that they are getting. Maybe TOLN will pick this up too.

Holy cow, what a line-up!

I love it these three are very good actors and I am sure this show will be a hit, cant wait to see it

It’s about time that Ilene gets back on the screen. I know she is a talented broadway and singing star. I miss her witty role as Roxy. Bring it on Ilene. We love you!!!

When can we find out where and when it will start???

For those of you asking Tainted Dreams is a webcast that is created and produced by Sonia Blangiardo. She’s also the supervising producer of PP’s AMC as well as produced directed ABC episodes of GH, AMC and OLTL. It’s a NYC Brand Productions webseries. I think it’s going to air on the Soap Channel.