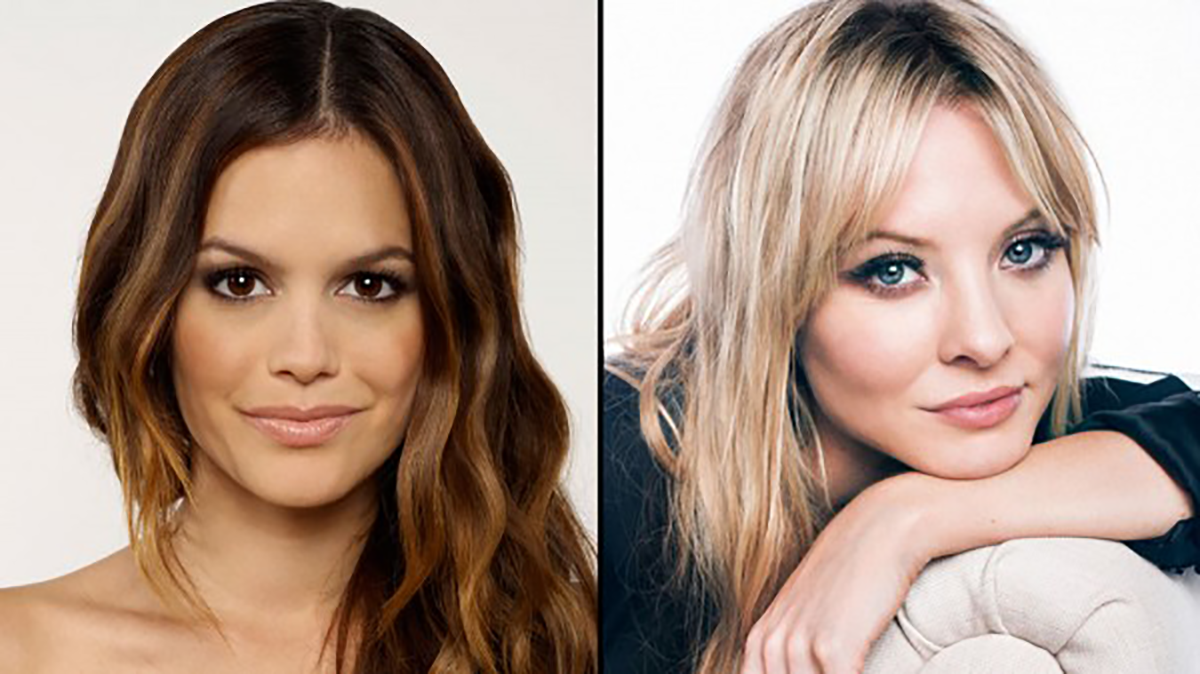 Coming on to the canvas will be Rachel Bilson, who has had plenty of soap experience on The O.C. and Hart of Dixie, and Kaitlin Doubleday, who was last seen as Rhonda on Empire!

Nashville will also be a bit of a reunion for Bilson, who worked with Chris Carmack (Will Lexington) on The O.C.

In a statement to CMT.com, executive producer and showrunner, Marshall Herskovitz related: “We welcome Rachel and Kaitlin into our incredibly talented ensemble. We fondly anticipate the second half of the season filled with surprising twists and turns that make Nashville so beloved by the fans.”

Rachel Bilson was most recently seen as Dr. Zoe Hart in The CW’s series Hart of Dixie, a fish-out-of-water story about a New York City doctor adjusting to life in a small Southern town after she inherits a local medical practice. She became an integral part of pop culture due to her series regular role on the popular television show The O.C. for four seasons.

Kaitlin Doubleday gained worldwide recognition portraying Rhonda Lyon on the megahit Empire. At age 17, she made her film debut opposite Leonardo DiCaprio in Steven Spielberg’s Catch Me If You Can. Other notable screen credits include the cult classic Waiting, opposite Ryan Reynolds and Anna Farris, and Accepted, opposite Jonah Hill and Justin Long.

In addition, following the mid-season finale, CMT released this promo of clips from upcoming episodes. Watch it after the jump! Then let us know if you think Bilson and Doubleday will be exciting additions to the cast! Comment below.

Jax Is Coming Back As Ingo Rademacher Returns To GH!

After my initial disappointment with the CMT version, I have to say (and have said on previous posts) that the show has really picked up in the last few episodes…it’s been excellent! (I still don’t like Juliette’s newfound gospel/church story, however). Loving all the characters who seem to be back as “themselves”…there is more of that core group togetherness vibe and the emotions have been very true to life.

I like both actresses they’re adding; curious to see where they fit in…though still miss Luke!

WELL SAID….I AM NOW ENJOYING THE SHOW MORE TOO..AGREE WITH YOU ON THE JULIETTE/CHURCH STORY… LOVING ALL THE CHARACTERS AND ANXIOUS TO SEE WHERE THESE TWO NEW GALS FIT IN…..BRING BACK LUKE!

Will Chase (Luke) has a role on the new show Time After Time. Not sure if he’s recurring but he’s the husband of what seems could be an ongoing character (need to catch up on the latest episode…good show!)

But, as said, getting rid of Will Chase (Luke) was a bad move. Great character!

I liked Rachel on The O.C. That said, she’s as one-note an actress as I’ve ever seen.

I’ve never seen her on anything other than The O.C. and I liked her so, while I’d STILL rather have Will Chase (Luke) back, I’m willing to give her a chance.

Boy, they really don’t like Will, do they? He’s never featured in any of the promos. And frankly, he should have one of the most interesting story lines.

He’s no longer on the show. His last appearance was just to wrap things up.